Banking with one of the most popular banks can mean having access to more locations and better digital features than at other banks. You might get access to a highly rated app with mobile check depositing and other time-saving features. Or you might appreciate the convenience of visiting a branch as you travel around just when you might need it the most. So it may be valuable to see whether your bank ranks among the most popular.

Here are the top banks in the U.S. by number of branches.

The top 15 largest banks (by number of locations)

Mobile apps and online banking have given many consumers less reason to visit a branch, contributing to the decline in the overall number of bank branches in the U.S.

Still, the number of branches in the U.S. has only declined slightly, according to Bankrate’s analysis of Federal Deposit Insurance Corp. (FDIC) data from June 30, 2021 to June 9, 2022.

About a year earlier, Wells Fargo had 63 more locations than Chase.

But as reported by Bankrate in a September 2020 article about the most popular banks in each state, Wells Fargo was on pace to fall behind Chase as the No. 1 operator of bank branches.

A bank may be popular for several reasons, including how much it focuses on branches, where it is headquartered or where it decides to expand.

For example, back in 2019, Chase announced plans to open branches in nine states as part of a broad expansion:

Chase continued its expansion plans, growing the list of states where it has branches to include the 48 contiguous states and the District of Columbia, after the August 2021 opening of a branch in Billings, Montana.

Another factor that may play into a bank’s popularity is where it is headquartered or is most focused. For instance, Pittsburgh-based PNC Bank has the most branches in only one state — Pennsylvania — with 303. Chase, meanwhile, with 51 branches in the Keystone State has less than a fifth of PNC. Still, the figure represents a rapid expansion for Chase, which only had three branches in Pennsylvania in 2019.

Most popular bank by state

No matter where you live, you’ll likely recognize the most popular banks.

Chase and Wells Fargo are well known brands and they have the most branches in the U.S. And they’re also the most popular bank in nearly a third of the 50 states.

Here are the most popular banks in selected states and Washington, D.C.

Five states have a different most popular bank, comparing 2022 data to a year ago. Bank mergers were the reason for most of the changes, but consolidation and branch closings were also reasons for changes in state rankings.

Wells Fargo no longer has the most branches in the U.S.

Some experts predict bank branches are heading for extinction. Indeed, there has been a consistent net loss of locations operated by financial institutions for the last several years. Since there are fewer in-bank transactions, there are also fewer tellers.

Online banks such as Ally Bank have sprung up without any physical locations for customers to transact. Other institutional players have spun out online-only subsidiaries such as Citizens Access, Marcus by Goldman Sachs and Popular Direct from Popular Bank.

Online banking customers deposit checks by snapping a picture, get their cash at ATMs and open new accounts from their phone or computer. And without having to pay to operate physical locations, online banks are often able to offer higher interest rates and lower fees on deposit accounts than their traditional competitors.

“Banking online-only is certainly feasible most of the time for many consumers,” says Greg McBride, CFA, Bankrate chief financial analyst. “But the occasional need for a safe deposit box, a signature guarantee, a cashier’s check or just making a large cash deposit are a lot easier if you have access to a local branch.”

You can have accounts with both online-only and traditional financial institutions and easily transfer funds between the two, McBride says.

“Different consumers value different attributes,” he says. “Aspects like a large branch network, a national or regional presence, broad product lineup, and convenience will carry different levels of importance depending on your individual needs and circumstances.”

Wells Fargo and Chase are certainly trying to create seamless omnichannel experiences by balancing out their large brick-and-mortar presences with growing suites of digital offerings.

Although both financial institutions consolidated their locations in recent years, Wells Fargo is shrinking at a faster pace than its closest competitor.

Bank branches continue to decrease over time. Bank mergers and acquisitions and consolidation of bank branches are some of the main reasons for this. Also, more consumers are able to complete transactions online or on a mobile app these days. And in some cases, people have some accounts with online banks that don’t have branches.

It’s likely that the total number of branches in the U.S. will keep declining.

Andrew Hovet, director of distribution and sales performance at data-analysis provider Curinos says his company is anticipating costs to keep going up through wage pressure and the reduction of overdraft fee and non-sufficient funds fee income.

“CFOs are going to be looking to hit earnings somehow,” Hovet says. “And branch closures (are) always a quick way to get some savings.”

Note: Bankrate’s analysis is based on locations listed under the main entity for a bank. Adrian Garcia contributed to an earlier version of this story. 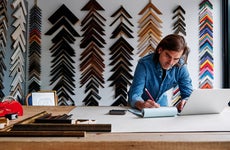 Best banks for small businesses in 2023 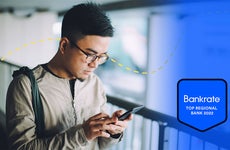 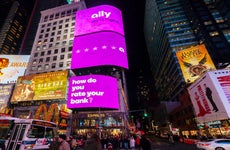 Bankrate’s best banks of 2019: The best online banks in the US