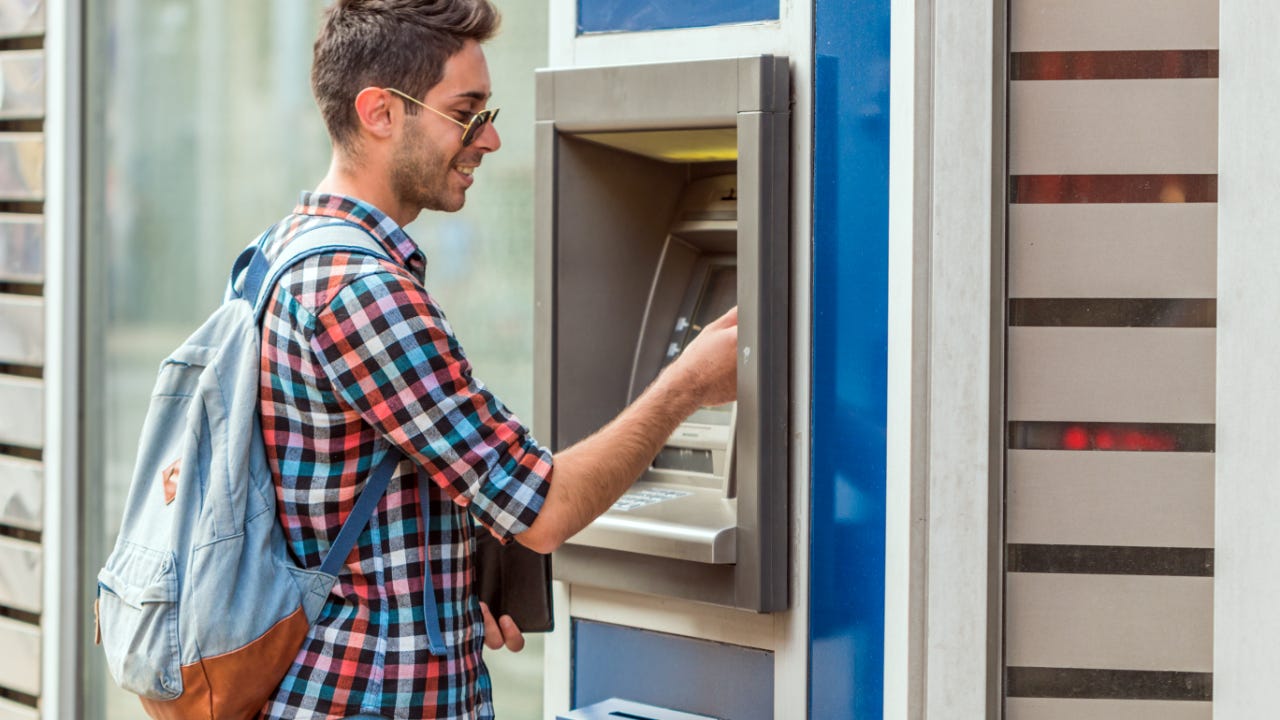 Automated teller machines have evolved since the 1970s, when banks began to introduce them on a wide scale. Nowadays, around 500,000 ATMs operate in the U.S. market, according to the ATM Industry Association (ATMIA).

Over time, they have evolved to do much more than just dispense cash. At many of today’s ATMs you can deposit checks or cash, transfer funds between accounts, get account balance information and pay bills. To keep up with current trends, some ATMs enable you to make transactions with a contactless card, a virtual card or the digital debit card app in your smartphone’s digital wallet. But you may get charged for using ATMs. Here’s what you need to know.

What are bank ATM fees?

Most banks have a network of ATMs that offer free access to your money. But if you go outside of the network, fees do come into play, including:

Bankrate’s recent checking account survey found that out-of-network ATM fees dipped 8 cents since last year to an average of $4.64 – the lowest amount in four years. That reflects the sum of two numbers: the average fee that a bank charges their customers who use an ATM outside of its network – $1.56 on average – in addition to the average ATM surcharge from the ATM’s owner – $3.08 on average.

That means if you develop a weekly habit of grabbing cash from an out-of-network ATM, you’d spend in excess of $240 a year on ATM fees, a totally avoidable expense.

Fees have certainly climbed over time. In 1998, when Bankrate first began tracking ATM fees, the average total ATM fee was $1.97.

Total current ATM fees vary from city to city, ranging from $5.60 in Atlanta at the high end to $4.11 in Chicago.

What do banks charge?

Bankrate looked at a handful of financial institutions to give you a peek at the variability of ATM fees. Here’s what we found:

Unless you’re a premium customer, you’ll likely get hit with a fee if you’re not careful. But it’s easy enough to avoid ATM fees.

“Like with health insurance, when it comes to ATM fees it pays to stay in-network,” says Bankrate’s McBride. “Going outside the network often involves paying two fees – one to the ATM owner and another to your own bank. Getting cash back when using your debit card at a supermarket or pharmacy is another option for accessing cash either for free or a much lower cost than the double whammy of out-of-network ATM fees.”

The same strategy applies when traveling outside the U.S. if you want to avoid paying transaction fees, says Thomas Holliger, CFP, president and private wealth manager at Holliger Financial Consulting in Palm Beach Gardens, Florida. “You can get cash advances in banks if preferred,” he says.

Often there are limits on how much cash can be withdrawn on a daily basis, he adds. He recommends notifying your financial institution before traveling overseas. “They may put a freeze on the account if they think it looks like suspicious activity,” Holliger says.

Even though we’re moving toward becoming a cashless society, there are still times when cash is king. It pays to be prepared by knowing how to access your money without having to pay for the privilege.