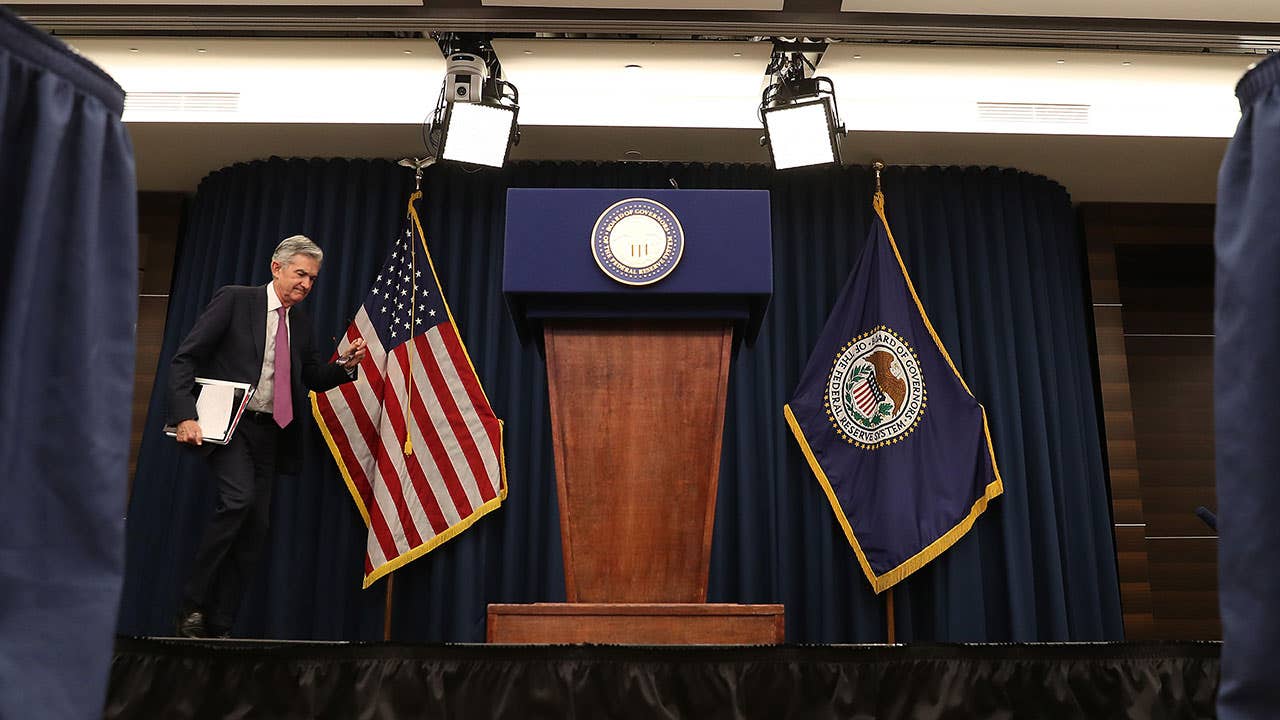 Federal Reserve officials don’t look like they’re going to be abandoning their patient approach to interest rate adjustments anytime soon, although many participants see the recent dip in inflation as likely to be “transitory.”

“Members observed that a patient approach to determining future adjustments to the target range for the federal funds rate would likely remain appropriate for some time,” records of the April 30-May 1 Federal Open Market Committee (FOMC) meeting show. “Especially in an environment of moderate economic growth and muted inflation pressures, even if global economic and financial conditions continued to improve.”

The minutes echo the message from Powell’s post-meeting press conference, when he mentioned that many of the downside risks to the economy had “moderated somewhat.” Still, policymakers decided to continue holding interest rates steady, holding the Fed’s benchmark short-term interest rate in a target range of 2.25 percent and 2.5 percent for the third time this year.

Rocky financial conditions, a troubling outlook for global growth and low inflation led officials to abandon their plans of “further, gradual” increases at the start of 2019, after four increases the year before.

The minutes “re-emphasize the Fed’s patience,” says Joe Song, senior U.S. economist at Bank of America Merrill Lynch. “It’s going to be a very high bar to raise or lower rates at this point. They’re going to have to see a notable deterioration in growth or further decline in inflation that’s not due to transitory factors to cut rates. And they’re going to have to see really strong growth and strong inflationary pressures to even consider raising rates.”

“Of course, that’s far from a fixed amount, but it is something more than what we’ve heard previously,” he says.

But days after the Fed’s rate-setting gathering, the Trump administration slapped higher levies on $200 billion worth of imports from China, worrying investors about the prospect of slower growth and weaker demand.

For these reasons, the minutes this month “were a bit dated,” Song says. “You really have to take participants’ views on current conditions with a grain of salt. These were feelings with a different set of conditions at the time.”

Still, “a number of participants” noted that uncertainty remained, the minutes said. Officials noted that patience was necessary “in light of global economic and financial developments,” with many policymakers listing trade negotiations as one of the factors currently raising eyebrows, according to the minutes.

“Trade policies and foreign economic developments could move in directions that have significant negative effects on U.S. economic growth,” the minutes said.

Low inflation gives cause for patience

Instead of these outside risks, officials in May signaled that low inflation was the most recent reason for their patience. The Fed downgraded its description of overall inflation and core inflation, saying it had “declined” and was “running below 2 percent,” according to its post-meeting statement.

The Fed’s preferred measure of inflation, excluding food and energy, rose 1.6 percent in March, according to the Department of Commerce.

But comments later made by Powell threw off Fed watchers. Powell described the factors holding down inflation as “transitory,” causing markets to realize that officials weren’t so concerned after all about low price pressures — and that they were also unlikely to cut rates, as so many have been predicting.

However, that was a view shared by “many participants,” the minutes said.

“There was this debate right after the meeting: Was calling low inflation transitory a miscommunication, or is that a conscious communication signal from the Fed?” Stein says. “The minutes indicate it was the general consensus.”

Feeling optimistic about growth in 2019

Participants also noted that concerns about a sharp slowdown “had diminished.” The U.S. economy expanded by 3.2 percent in the first quarter of 2019, well above expectations, leading officials to revise up their forecasts for economic activity in the year ahead.

At the same time, the committee recognized that much of the boost in activity came from a rise in net exports and inventories. Participants noted that growth would “likely moderate from its strong pace of last year,” another factor in which their patience has been rooted, according to the minutes.

“While some investors are betting that the Federal Reserve will be cutting rates by the end of this year, there’s not a lot in the minutes from the early May meeting to support that case,” Hamrick says. “If anything, the minutes indicate that members of the Federal Open Market Committee will be content to remain patient or keeping rates steady for, as they put it, ‘some time.’”