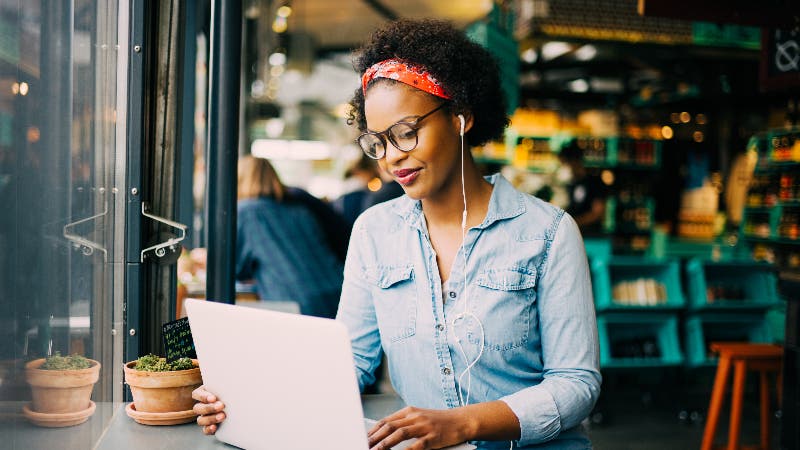 It may sound too good to be true, but it happens quite often: To attract more deposits, banks and credit unions are offering higher than normal rates on their certificates of deposit, or CDs.

Promotional CD rates, or bonus CD rates, pay significantly more than standard CD rates offered by financial institutions. If you’re able to lock up some of your savings for a period of time, these products are worth considering: They won’t make you rich, but they will help you make some extra cash without taking on risk.

If you’re feeling overwhelmed about whether to get a promotional CD, here is what you need to know.

CDs are the khaki pants of financial products: They are a boring but dependable way to store your savings. With a CD, you commit to leaving your money in an account for a set period of time. In turn, the bank or credit union will usually give you a higher yield than it would on a savings or checking account.

There are many kinds of CDs and their terms range from months to years. For example, if you open a 1-year CD, you are agreeing to keep your money in an account for 12 months. In exchange, you will get your initial deposit back along with the interest you have earned — as long as you don’t withdraw your cash before the maturity date. Typically, an institution would charge you a fee for breaking the contract and you would forfeit some of the interest you earned.

Rates vary by provider and change all of the time. If it’s a promotional rate, the bank or credit union will only run the deal for a limited time. When your CD with a bonus rate matures, what’s left — the standard CD rate — could be substantially less.

Financial institutions set their own CD rates based on big factors, like competition and countering the Federal Reserve when they change interest rates. Institutions also adjust CD rates based on their business needs, such as whether they need low-cost funds to meet current and future loan demand.

“Sometimes they really need and want deposits so they will be aggressive with their pricing,” says Charles Sachs, CFA, CFP, director of planning at Kaufman Rossin Wealth in Miami. “Other times, from a loan point of view, they are just flush with cash and… they don’t need to be competitive. They don’t even want deposits.”

If a bank is running a special CD rate, then it wants your cash. A lot of it.

“Something that is tried and true — that has always brought in large dollars — has been CD promotions,” Kerstein says.

Who does a promotional CD work best for?

Whether you should get a CD depends on your financial goals and your risk tolerance.

Before deciding to buy a CD, try to answer these two questions:

If you’re saving for a short-term goal, you might consider a promotional CD, for example.

“If you are looking to buy a house, a car or a boat in the next three months or six months, and you absolutely have to have money with no variability, that’s a good place to hang out in the shorter term,” Sachs says.

CDs can also help investors make a portion of their wealth less risk-averse. Since the products offer guaranteed returns, you could take riskier bets in the rest of your portfolio. You won’t make a lot of money on CDs, but you won’t lose your principal either.

Who may not be a good fit for a promotional CD?

CDs aren’t the best option for everyone.

If you’re just starting to build your savings, you may not qualify for the account. Minimum deposits for CDs are usually higher than they are for savings account.

The bank or CD may not make the rate available to everyone either. The financial institution may only offer the bonus rate to attract new deposits, for example.

Even if you do qualify, consider your own timeline before buying a CD. You wouldn’t want to buy a 2-year CD if you need the money in three months, for instance.

Inflation is another concern. You could put yourself at risk of losing buying power if inflation rates rise higher than the rate you’ve locked your savings into for a longer-term CD.

Other key factors to consider

Shop around to find the best rates. You can find top CD rates here. In general, but not always, you can expect lower rates on CDs with shorter terms than CDs with longer terms. Use Bankrate’s CD calculator to see how much interest you can earn with a CD.

In your search, also consider money market accounts and high-yield savings accounts — these accounts can also offer competitive rates and they won’t lock up your cash.

Read the fine print. Double check to see if the promotional CD only applies to a certain balance amount or contains some other caveat that makes it less appealing. “It’s not good if [financial institutions] are paying that promotional rate on the first $10,000 and you have $90,000,” Sachs says.

Also, make sure you’re paying attention to the factors you care most about. If you want an easy-to-use mobile app, check the bank’s app reviews before opening an account, for example.

Pay attention to when the CD matures. When you buy a CD, you will lock yourself into a rate for a set period of time. However, it’s particularly important to stay tuned to when your contract on a promotional CD ends. If the institution renews your CD, it likely won’t offer the same promotional rate and you could make less money on interest.

“[Institutions] will certainly disclose what the rate is but if you aren’t paying attention or if you are not acting fast enough, you may lock it in at a rate that is lower than you really wanted or you thought you were going to get,” says Bill Driscoll, CFP, president at Driscoll Financial in Plymouth, Massachusetts. “You have to pay attention.”