Banks and other financial institutions don’t automatically ask account holders to designate a beneficiary, so it can be easy to forget or postpone adding a beneficiary until it’s more convenient.

But that little detail is often the reason that you have a financial account, for example, with a life insurer — to benefit someone else. Naming a beneficiary is a crucial step for helping heirs or family members avoid complications when you die.

There are several reasons for why you should name a beneficiary and why doing so makes the process of handling assets much smoother later on.

1. You want to choose who receives your assets

Naming a beneficiary indicates to the executor — the person responsible for managing a deceased’s assets — where you want your money to go. That could be to a relative in need, a charity or a spouse.

“When you name beneficiaries you ensure that after you die, your assets go to the people or charities you choose,” says Stephen Akin, a registered investment adviser at Akin Investments in Biloxi, Mississippi.

Some people may want to depend on a spouse to handle their assets, but that’s not as reliable an option as naming a beneficiary.

While spouses often leave all their money to each other, naming a beneficiary also means that your assets will go to whom you want and you won’t have to rely on the good faith of a spouse.

“While you hope that a surviving spouse will honor your wishes even if they are not in writing, you may accidentally disinherit your children,” says Shann Chaudhry, an attorney in San Antonio.

For a retirement account such as an IRA, you may also name a trust as a beneficiary, and the asset will be distributed as described in the trust’s plans.

If no beneficiary is named, an executor or the state will follow only what the law says in distributing your assets.

2. You can simplify the probate process

Having a named beneficiary can make probate, the process of administering a deceased person’s will, much smoother. Probate involves many steps for appointing an executor and distributing the decedent’s assets.

Diane M. Pearson, founder of Pearson Financial Planning in Pittsburgh and the current executrix of two estates, recently dealt with a decedent’s accounts that had no beneficiaries named.

Distributing these assets “involved a lot more paperwork. We had to open an estate account and distribution had to happen from the estate account,” she says. “The biggest benefit of having a beneficiary is the speed of which the assets pass to the beneficiary.”

Plus, naming a beneficiary makes things easier for the intended heir.

“Usually all that you need to make a claim on an account where you are the beneficiary is ID and a copy of the death certificate,” says Morris Armstrong, a tax professional and head of Morris Armstrong EA in Cheshire, Connecticut.

3. Your heirs have changed

With changing life circumstances, beneficiary designations can change, too. For example, someone going through a divorce may want to remove the spouse as a beneficiary.

“If you’re married, you can almost always change the beneficiary of your accounts without your spouse’s permission,” says Russell D. Knight, a divorce lawyer with his own practice in Chicago. “In fact, this is one of the first recommendations I make in a divorce process. The worst that can happen is that you’ll be ordered to put the beneficiary [designation] back into the spouse’s name.”

“If you die during your divorce, those accounts will almost always go to the beneficiary, not your spouse. The big exception to this is 401(k)s, IRAs and other tax-deferred accounts. These are governed by federal law and require the signature of a spouse to change beneficiaries,” he says.

Naming a beneficiary may be just as much about avoiding the money going to someone you don’t want as it is to those you do want to have it.

With online accounts, checking on beneficiary designations is simple and can be done each year around tax time. For other types of accounts, the account holder may have to contact the institution to confirm their designations. The institution should clearly lay out the process of changing the designee, if necessary.

4. Your beneficiaries trump your will

When it comes time to distribute assets, the executor relies on beneficiary designations to determine the heir of an account before following what’s written in a will.

“If an account is titled and has a beneficiary associated with it, it will always supersede the will,” says Pearson of Pearson Financial Planning.

It’s also a good idea to consult an attorney on any beneficiary changes, to avoid conflicting directions between the beneficiary designations and the estate plan.

“A knowledgeable estate planner will use your trust as the centerpiece of your estate plan and make sure to coordinate and align the beneficiaries on your assets so that your intent will become the reality once you have passed away,” says Chaudhry, the Texas-based attorney.

5. You can avoid family fights

Naming a beneficiary and staying on top of your affairs not only helps speed up the process of dealing with your estate, but it also helps family members avoid fights about inheritance.

With designated beneficiaries, your wishes are clear to family members after your death, so they won’t have to question which assets were intended for whom. Plus, there can be multiple beneficiaries named with a percentage of the assets designated for each. Having designated percentages also helps to ensure that funds are distributed according to your intentions.

The small but important step of naming a beneficiary on your accounts can save time and money and prevent confusion after your death. Naming beneficiaries makes the probate process simpler and ensures assets are distributed according to your wishes.

Make sure to consider all different types of accounts when naming beneficiaries, so none are left behind. It’s also a good idea to keep the accounts’ heirs updated and change beneficiary designations to reflect life and relationship changes.

–Staff writer James Royal contributed to a previous version of this article. 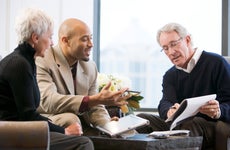 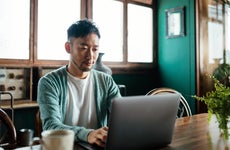 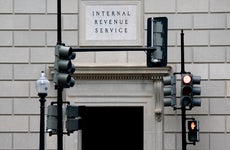 6 common reasons your investments may trigger an IRS audit

Ask Bankrate: Should you add a beneficiary to your savings account?