Federal Reserve officials will leave interest rates unchanged at their January meeting and signal that their make-no-move policy posture will continue for an extended period, according to a Bankrate poll of the nation’s leading U.S. central banking experts.

“Given the outlook for growth and inflation, there is no rationale for additional monetary accommodation at this point,” says Richard Moody, chief economist at Regions Financial Corporation.

In a Jan. 20-23 survey of 12 top financial and economic experts, 100 percent of respondents anticipate that the Federal Open Market Committee (FOMC) will leave borrowing costs alone when they wrap up their two-day rate decision meeting in Washington on Wednesday. Experts reported a confidence level of 97 percent.

If their predictions come to fruition, it means the federal funds rate would hold in its target range between 1.5 percent and 1.75 percent.

[READ: 5 themes to watch for at the Fed’s January meeting]

In addition, 100 percent of respondents also predict that, after the Fed’s decision, policymakers will relay that rates are “likely to remain appropriate” at their current level, as long as the economy doesn’t change significantly. Experts expect the phrase to appear in both the post-meeting press conference and statement, as it did in December.

“The Fed has been very clear in its communications that it is satisfied to maintain the status quo for an extended period of time,” says Kristina Hooper, chief global market strategist at Invesco.

Those predictions are generally in line with what investors are forecasting. Market participants are expecting the Fed to sit on its hands during the first five meetings of the year, according to CME Group’s FedWatch. As the year progresses, however, officials are expected to start cutting again, with the majority of investors predicting cuts at the Fed’s November and December gatherings.

Fed officials: No rate moves for 2020

The U.S. central bank in December signaled that it was committed to keeping interest rates steady through all of 2020. Fed officials also showed increasing alignment in their interest rate forecasts updated last month, with all but four expecting no change.

It’s noteworthy that Fed officials are on the same page, after being historically divided in 2019. Fed Chairman Jerome Powell steered the Fed toward three quarter-point reductions in July, September and October, and each time, he faced multiple dissents.

Even some of the more hawkish officials are saying policy can stay put for now. Powell in December also said that those three cuts have brought interest rates to “an appropriate place.”

But the Fed isn’t out of the woods just yet. Powell emphasized at the Fed’s December press conference that he and his colleagues will be watching the data closely, judging the impact of the rate cuts and determining whether more action might be needed. That means policy isn’t on a preset course.

Coming out of this meeting, the big questions will center on what could get Powell and other policymakers to move in either direction, respondents said.

On the hiking front, Fed officials have noted that they’d like to see inflation pick up first. Officials have a target of 2 percent, and for most of the expansion, inflation has fallen short. Experts aren’t exactly convinced that will change anytime soon, the survey found.

When it comes to cutting again, many of the geopolitical tensions that prompted Fed action last year seem to have calmed down. The U.S. and China signed a phase one trade deal, while Congress signed Trump’s revised trade agreement between the U.S., Mexico and Canada into law.

That’s not to say the situation can’t change, but Fed officials will likely want to await more clarity before letting it affect their rate decisions, survey respondents said.

“Given both of these macro risks, our outlook is that the Fed will maintain [rates] until it gets clarity on these deals and sees the trickle-through effect to the U.S. economy,” says John Ham, CFA, associate advisor at New England Investment & Retirement Group.

All in all, this just means that the Fed will likely be walking the tightrope for a while.

“The Fed would need to see much more evidence of inflation pressure before leaning hawkish, and much more evidence of economic deterioration before turning more dovish, especially in light of the recent run-up in asset prices,” says Yung-Yu Ma, chief investment strategist at BMO Wealth Management.

The Fed has been purchasing shorter-term Treasury bills since last fall to flood the financial system with hundreds of billions of dollars after a funding shortfall prompted an unexpected spike in short-term interest rates. Bankrate’s January Fed Forecast survey also queried experts on how they view these market interventions.

The majority indicated in their written responses that the open market operations are likely going to continue, adding that they’ve been successful at calming markets and ensuring markets remain liquid.

It may sound alarming when headlines say the Fed is injecting hundreds of billions into the markets, but it’s not going to impact your wallet all that much, Ham says.

“Everyday Americans aren’t going to feel a direct impact from these actions,” Ham says. “However, they will notice it when they go to take out loans or access credit.”

You may also notice it in your 401(k), some experts said. Stocks have cheered the interventions so far and are near record highs.

But it will likely matter for a more nuanced reason, experts said. The federal funds rate — the main interest rate that the Fed raises or lowers — is set within a target range. The funding shortfall caused the fed funds rate to spike beyond its effective target, just as the Fed was preparing to drop it again. This might foreshadow some difficulty in keeping the fed funds rate in its target range, if the need to cut or hike again arises.

“With the way they are supporting the repo market,” says Robert Phillips, managing member at Spectrum Management Group, “if they raise or lower rates, they will inadvertently cause themselves other problems.”

Many experts mentioned the Fed will likely need to create a more permanent solution, such as a standing repo facility. Such an operation would allow banks or bond dealers to borrow cash at any time from the Fed, in exchange for a repo as collateral. But one question remains: Will the markets accept it when the Fed ultimately decides to back away?

“It is sustainable as long as investors accept it,” Phillips says. “The Fed plans to maintain repo intervention at current levels, even after the year-end cash squeeze has passed. The plan then is to gradually move away from repo funding. This is the most important thing to watch in the next several months: Can the Fed actually move away from repo funding without destabilizing the market?”

Savers may not appreciate the idea of a no-move meeting, considering how they benefit from Fed rate hikes. But they can still cheer the idea that inflation is not expected to rise excessively, meaning it won’t eat away at their returns. With the Fed on hold for the foreseeable future, yields on savings accounts and certificates of deposit (CDs) also likely won’t fall much lower.

Many accounts on the market are offering yields of 2 percent, which is 20 times the national average of 0.1 percent. Use Bankrate’s tools to find the best account on the market for you. Consider locking in a short-term CD now, to insulate yourself from any future cuts.

Meanwhile, borrowers are still in a good position to make headway on their high-cost debt. Take advantage of this low-rate environment by making high-cost debt repayment a priority. 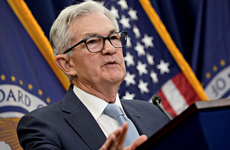 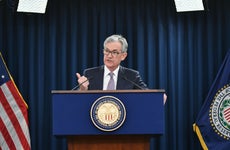 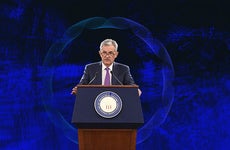 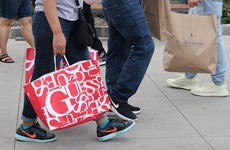