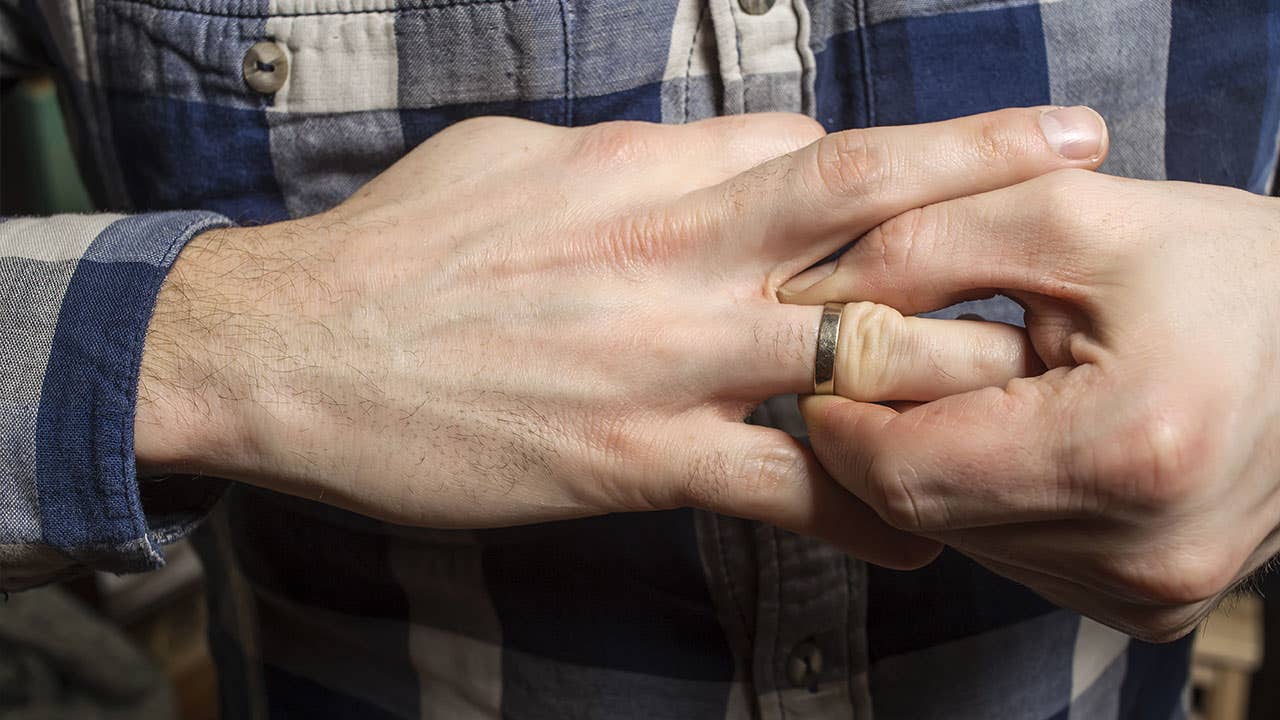 If you’re going into a separation or ending your marriage, you may wonder who is responsible for debt after divorce. It’s common to intermingle your finances, open joint credit card or loan accounts, or purchase a home when you’re married, making it tough to figure out what happens to that debt in the divorce.

The answer to who is responsible ultimately comes down to various factors, including the laws of the state in which you live, any prenuptial agreements and whose name was on loan or debt agreements.

Who is responsible for debt after divorce

If you accumulated a lot of debt during your marriage, it’s important to understand what happens when you get divorced. You may not be responsible for things you think you are, and you may owe on debt you were sure your spouse should cover. Ultimately, a lot of the legal responsibility will come down to such factors as the laws of the state in which you live, any pre-nuptial agreements that were in place and whose signature is on the loan or credit card agreements.

For example, if you signed onto a loan as the borrower or cosigned a loan for your spouse during your marriage, you are legally liable for these debts. Or perhaps you took out a loan for your partner with the agreement that they would pay it off. You may agree that the person who said they would repay the loan is the one who owes it after the divorce, but that verbal agreement may not hold up in court if you’re the sole borrower, and it certainly won’t matter to the lender.

Any late fees charged due to a spouse’s delinquent payments on a loan you cosigned will also legally be your responsibility — even if your spouse tells you they’ll take care of it. If your name is on the loan, you are responsible as well. It’s that simple.

“Debt in one’s name incurred before the date of marriage or after the date of separation is considered separate debt and typically is not subject to division during divorce,” said Alison Pahlkotter of the non-profit debt counseling company GreenPath Financial Wellness. “Debt incurred during the marriage considered as both spouses’ responsibility is deemed “marital debt.”

Types of debt and who is responsible

Married couples tend to have double the debt of single individuals, according to Experian. The specific type of debt incurred, who opened the account, and the names listed on the account—joint versus individual accounts—can all play a role in who may ultimately be responsible for repayment.

The average credit card balance in 2021 was $5,221, according to data from the Federal Reserve Bank of New York. During a divorce, responsibility for this type of unsecured debt can be a significant point of contention.

The important point is that individuals remain responsible for any debt to which their name is attached, which continues to be the case even after a divorce. “If both partners signed the card agreement, both partners are responsible for the debt,” said Michael Sullivan of the nonprofit credit counseling agency Take Charge America. “A [divorce] decree or agreement may state that only one person is responsible, but that won’t deter the credit card company if payments aren’t made.”

Credit card companies will pursue repayment from both spouses no matter what a court ruling says about who’s the responsible party.

“The credit card company is not a party in your divorce case. Regardless of how you and your spouse agree to split debt in a divorce, a creditor may look to the person who signed the credit contract,” said Kristiana Butler, a family law attorney with Goranson Bain Ausley.

Homes are often one of the most significant assets involved in divorce cases, and the responsibility for the mortgage debt associated with homes may be dealt with in various ways.

To be clear, though, if both names are on the mortgage, both people are responsible for the debt. A divorce decree may give the house to one person, but that decree doesn’t pay off the mortgage or take the other person’s name off the mortgage, said Sullivan.

“The debt is different from the asset,” said Sullivan. “And both parties are really responsible for mortgage payments until the house is paid off or refinanced.”

Like mortgages, the responsibility for auto loan debt can vary based on the divorce agreement’s circumstances and the asset’s division.

“If both spouses are on the auto loan, often it is agreed to sell the car and split the proceeds,” said Pahlkotter. Or in the divorce decree, the car loan could be assigned to one party or the other in the overall division of property.”

Generally, in the case of an auto loan the debt follows the underlying property, meaning the spouse who gets the car in the divorce is the one who will be responsible for paying the loan.

Student loan debt is likely to be owed by one person, and that person would be responsible for repayment, said Sullivan.

“Although some student loans are guaranteed by spouses, that guarantee really makes the debt a joint obligation,” Sullivan explained. “In addition, some divorce decrees or agreements may require the non-responsible partner to make payments.”

Medical debts may or may not be considered joint debt depending on each state’s laws and other factors.

“This varies significantly depending on the type of debt and reason it was accrued,” said Ajdin Lekperic, co-founder of the debt relief program TheCreditCardMonster. “If it was an elective procedure, the repayment responsibility will likely fall on the individual it benefitted. If children were involved, it can be expected to be split.”

If both spouses’ signatures are on the agreement, both people are ultimately responsible for repayment. If just one person’s name is on the debt, that individual is the one who will be responsible for continuing payments.

“Personal loans are generally assigned to the person who incurred the debt,” said Butler. “If both parties co-sign on a personal loan, there may be ‘joint and several liability,’ meaning the lender can look to either party for full payment of the entire debt.”

However, not all personal loans are treated the same. Loans from family members, for example, may be treated as a gift to that spouse. “It depends upon the negotiated settlement— or the ruling of the judge if the divorce is contested,” said Butler.

Debt incurred during separation but before divorce

Responsibilities surrounding debt incurred after separation but before the divorce typically vary by state.

In some cases, local state laws may not acknowledge the separation phase when considering debt responsibilities and obligations. The debt will be handled in these states as if the two people were not separated. This may remain the case until a divorce decree is finalized.

How to separate assets and debts in divorce

Sorting debts and assets during a divorce can be daunting and complex. Couples often create joint debt while married, and the “what’s mine is yours” mantra can backfire if they decide to divorce.

To protect your finances during a divorce, it would be wise to stop using joint credit cards so that it’s clear who the debt belongs to. If possible, you should also close down joint accounts entirely.

Try to remove your name from any joint credit cards or remove yourself as an account cosigner. This step can be difficult, though, because some credit institutions prefer having two income sources attached to an account. In such cases, make sure to keep track of spending activity so that you can demonstrate who is responsible for the debt.

“Try to refinance existing loans so that either you or your spouse is responsible for it,” said Pahlkotter.

If possible, try to pay down as much community debt as possible before entering the divorce proceedings. Practicing sound divorce debt consolidation before moving forward with the actual divorce can make it easier to determine which party is responsible for the debt.

Divorce is usually full of red tape and unpleasant legal proceedings, and figuring out how to split up debt isn’t going to make the process more enjoyable. Some of the most important steps to take when you’re headed toward divorce to protect your finances and credit score include paying off as much joint debt as possible, getting your name taken off of joint loans and separating your assets.

Read more From Mia
Mia Taylor is a contributor to Bankrate and an award-winning journalist who has two decades of experience and worked as a staff reporter or contributor for some of the nation's leading newspapers and websites including The Atlanta Journal-Constitution, the San Diego Union-Tribune, TheStreet, MSN and Credit.com.
Edited by
Aylea Wilkins
Loans Editor, Former Insurance Editor