If you have ever been the victim of identity theft, you’ve likely felt the sting financially. Identity theft results if someone has used your personal identifying information — such as your name, address or Social Security Number — for their own gain. For instance, the identity thief could open up credit card or utility accounts in your name.

Unfortunately, the Consumer Financial Protection Bureau (CFPB) has found the credit bureaus haven’t always responded in a timely manner to consumer notifications to block reporting on such accounts.

The FCRA requires credit bureaus to block reporting of information in your credit file that you allege resulted from an identity theft, within four business days after your notification to the credit bureau.

The credit bureau should then notify the lender responsible for the account — for example, a bank that issued a credit card — that the account may be the result of identity theft and you have requested a block on the information.

If the credit bureau decides you mistakenly blocked the account, misrepresented information in asking for the block or benefited in some way from the blocked account (such as receiving goods or services), it could decline your notification to block reporting on identified accounts.

Lenders should also take adequate steps once they hear from a credit bureau about misreported accounts, in order to block the information from being provided again. In addition, if you directly contact the lender and provide an identity theft report about the illegal account, the lender should take notice and stop reporting the account to credit bureaus unless it knows otherwise.

Not only that, but lenders cannot place debts into collection if they’ve been notified that those debts resulted from identity theft. If a debt collector contacts you about such accounts, you should also notify them about the identity theft and ask them to report the matter to lenders they’re representing.

How to place a fraud alert

Once you learn about the misuse of your identity, you should file a report with the FTC to assert your FCRA rights. You should then follow up with the credit bureaus to file a fraud alert. This will warn lenders that they should check with you to verify your identity before opening new accounts or increasing credit lines on existing accounts, for instance. If you place a fraud alert with one national credit bureau (Equifax, Experian or Transunion), it should notify the other two.

An initial fraud alert (which you could issue if you think you are about to become a victim of identity theft) runs a year and you can extend it after that. You can file an extended alert if you actually experience identity theft and you file an identity theft report about it. This extended fraud alert lasts seven years.

And if the credit bureaus don’t comply in a timely manner and continue reporting information that you inform them resulted from identity theft, you could file a complaint with the CFPB or the Federal Trade Commission.

The Fair Credit Reporting Act requires credit bureaus to stop reporting information in your credit file after you notify them that it’s the result of identity theft and not a legitimate transaction. Lenders and debt collectors have certain responsibilities regarding transactions resulting from identity theft too. If your information is still being reported after you notify the credit bureaus, you should file a complaint with the CFPB or the FTC. 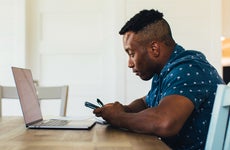 Can anyone check my credit without permission? 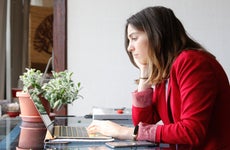 How to clean up credit reports 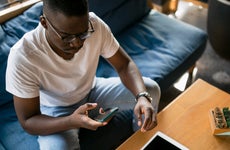 How to report credit card fraud 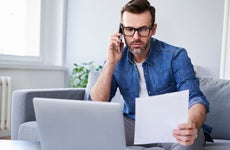 Can you remove hard inquiries from your credit report?