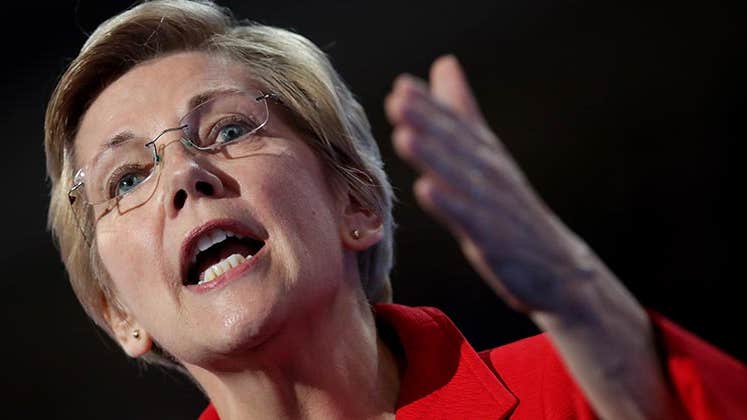 College graduates in 2015 owed an average of slightly more than $35,000 on their education loans. Overall, student debt is around $1.3 trillion and growing.

With those kinds of numbers, it’s no surprise that in many cases debt-burdened students look for ways to lessen their loan loads. In rare cases, lenders reduce or completely erase the loan balances.

But what is a surprise to these cash-strapped scholars is the tax bill that comes with that loan forgiveness. Federal tax law says that in most instances, the amount of erased debt is taxable income to the person who used to owe.

A group of Democratic U.S. senators wants to change that tax law.

Sens. Bob Menendez of New Jersey and Elizabeth Warren of Massachusetts have introduced S. 3266, the Student Loan Tax Relief Act. Joining as original cosponsors of the bill are their Democratic colleagues Sens. Ron Wyden of Oregon, Debbie Stabenow of Michigan and Cory Booker of New Jersey.

“Students and families are being crushed by student debt, dragging down the economy and holding back an entire generation in its pursuit of the American dream,” said Menendez, who serves on the tax-writing Senate Finance Committee. “If you’re able to get your student loans forgiven and secure a fresh financial start, you shouldn’t then be saddled with an unexpected tax bill.”

Consumer advocate Warren echoed that sentiment, saying the legislation “will give peace of mind to borrowers who have earned the right to have their student loans discharged by ensuring they don’t get stuck with a big tax bill when that happens.”

There are a few cases where student loan debt is forgiven, such as when the borrower suffers total and permanent disability or dies. And only in rare cases the forgiven debt isn’t taxed.

But generally, says Warren, the tax consequences of student loan forgiveness is a mess. “Sometimes the government charges students taxes and other times there are no taxes if the student loans are forgiven,” according to the junior senator from Massachusetts.

In addition to the current disability tax exemption, erased loan amounts would no longer be considered taxable income in cases of the debtor’s death, as well as in cases where fraud was committed by a school.

The fraud provision already is part of a separate bill introduced earlier by Stabenow.

While the Student Loan Tax Relief Act is good news for struggling students and their families looking for ways to reduce their educational debt, don’t start the loan forgiveness process just yet.

I’m not questioning the sincerity of the 5 Democrats who support it. But the timing of the measure’s introduction just happens to coincide with Democratic National Convention, underway now in Philadelphia.

And the Party’s 2016 platform includes a section decrying “crushing student debt” that discusses support for loan forgiveness and discharge efforts.

Plus, unless the bill is acted upon soon by the Senate, which is unlikely since that chamber is controlled by the Republican Party, it will die at the end of the current congressional session later this year.

But look for the Student Loan Tax Relief Act to be reintroduced in early 2017 when the 115th Congress convenes. Depending on how the November election turns out, it could then become law.

Keep up with tax and related political news, as well as find filing tips, calculators and more at Bankrate’s Tax Center.