5 min read Published December 19, 2022
Written by
Heidi Rivera
Written by Heidi Rivera
Heidi Rivera is a student loans writer for Bankrate. She began her journey in the personal finance space in 2018 and is passionate about collecting data and creating content around higher education and student loans.
Heidi Rivera
Edited by
Rhys Subitch
Edited by Rhys Subitch Auto loans editor
Rhys has been editing and writing for Bankrate since late 2021. They are passionate about helping readers gain the confidence to take control of their finances by providing clear, well-researched information that breaks down otherwise complex topics into manageable bites.
Rhys Subitch

In the student loan space, predatory lending practices are fairly common within the for-profit sector. Such is the case of the now-defunct Corinthian Colleges. The chain drove thousands of students toward risky, expensive loans to finance their degrees, which eventually became worthless after the chain’s collapse in 2015.

But expensive loans aren’t the only type of predatory lending practice in the student loan world. Debt relief and forgiveness scams have also become quite common. We’ll go over these practices, as well as how to spot them and legitimate ways to make your debt more manageable.

Predatory student loans often feature double-digit interest rates of up to 35 percent and origination fees in excess of five percent. This combination can easily turn a modest balance into a six-figure debt, causing borrowers to struggle with repayments for more than a decade after leaving school.

However, student loan borrowers are also plagued by another type of predatory lending practice: debt relief scams. These have become increasingly more popular in the last couple of years, after federal student loan payments were temporarily paused in March of 2020. In fact, a report from RoboKiller found that last year alone, student loan scams accounted for 3.1 percent of all spam calls, with over 2.8 billion calls.

According to the CFPB, these are some ways borrowers can spot these scams:

Both the FTC and the CFPB have been taking legal action against fraudulent student debt relief companies over the last several years in a concerted effort to bring relief to borrowers. These are some of the most recent ones.

In late 2017, the FTC filed a lawsuit against student loan debt relief company Student Debt Doctor LLC and its owner, Gary B. White, Jr., for commiting fraud and engaging in deceptive practices. The company tricked student loan borrowers into thinking they could get immediate relief from their monthly payments and get their remaining balances forgiven in exchange for an upfront fee.

The company also told borrowers that their loans would be put in forbearance in the meantime, something that didn’t happen. This resulted in financial losses and increased student loan balances for borrowers while also damaging their credit scores when they fell behind on payments.

White and his company were ultimately banned from the debt relief industry following the resolution of this lawsuit. In June of 2022, the FTC announced that it would be sending over $2 million to more than 22,800 defrauded borrowers.

On June 9, 2022, the CFPB filed a lawsuit against Frank R. Gebase, Jr., owner of the student loan debt relief company Student Aid Institute, to block him and his company from participating in the debt relief industry.

The lawsuit is a continuation of a previous case filed on March 30, 2016, in which Student Aid Institute was ordered by the Bureau to cease all operations, after the company violated multiple federal consumer laws. These included charging upfront fees for providing student debt relief services and making false promises to forgive balances and lower payments.

Gebase also collected billing information from borrowers and withdrew a series of fees without borrowers’ knowledge or consent.

On May 7, 2021, the CFPB won a lawsuit against five student loan debt relief companies.

The lawsuit alleged that, between 2015 and 2017 all five companies engaged in practices that violated the Consumer Financial Protection Act and the Telemarketing Sales Rules. These include charging upfront fees for debt relief services, making consumers believe their interest rates would be reduced after subscribing to their services and that the U.S. Department of Education would become their servicer.

What to do if you encounter a predatory lender

If you’ve been a victim of a student loan scam or predatory lending, there are several steps you can take to protect yourself, including the following:

If you’re struggling with your student loan payments, know you have options. If you have federal student loans, you could apply for an income-driven repayment plan, which adjusts your payments based on your income and family size.

If you have private student loans, consider refinancing. Refinancing can lower your monthly bill two ways: either by reducing how much you pay on interest or by extending your repayment term. Although excellent credit and a stable source of income are usually required for this, some lenders are willing to work with you even if you have less-than-stellar credit.

You can also ask your lender about forbearance and deferment options for both private and federal student loans. Both of these temporarily pause payments for a few months at a time, allowing you some flexibility until you get back on your feet.

SHARE:
Written by Heidi Rivera
Read more from Heidi
Heidi Rivera is a student loans writer for Bankrate. She began her journey in the personal finance space in 2018 and is passionate about collecting data and creating content around higher education and student loans.
Edited by
Rhys Subitch
Edited by Rhys Subitch Auto loans editor
Rhys has been editing and writing for Bankrate since late 2021. They are passionate about helping readers gain the confidence to take control of their finances by providing clear, well-researched information that breaks down otherwise complex topics into manageable bites.
Rhys Subitch
Auto loans editor 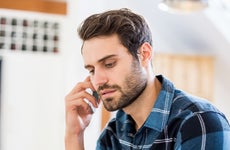 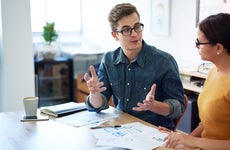 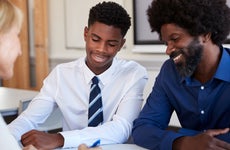 Do you need a co-signer for student loans? 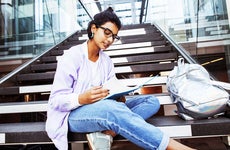 How to spot student loan scams