Passbook loans: Paying to borrow your own money 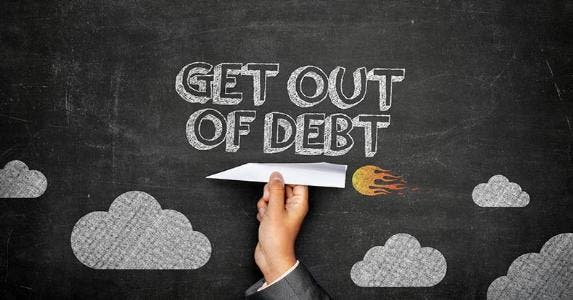 You won’t find splashy ads for them in your newspaper, but if you’re looking for a low-cost loan, ask your bank or credit union if it offers passbook loans. Just as the name implies, it’s a loan using your savings account as collateral.

Terms and conditions vary widely. You’ll continue earning interest on the portion of savings that’s being borrowed, and as you repay the loan you’ll have access to those funds. Some banks lend 50% of the account balance; others let you borrow up to 100%. A common interest rate seems to be 3% above the interest rate being paid on the savings.

“Typically they’re earning 1% on the deposit account. So, we’re loaning out at 4% and making 3% with no loss experience,” says Connie Cesario, vice president at Citizens-Union Savings Bank in Fall River, Mass.

At Workers Federal Credit Union in Stafford Springs, Conn., there’s a tiered rate tied to the percentage of the loan that’s secured by savings.

“If they use savings to back the whole loan, the rate is 3%,” says Betty Maurer, president and CEO. “If they secure just part of the loan with their shares they pay a higher rate. If they secure 25%, they’d pay 7% interest.”

Should you get a passbook loan?

Why would anyone pay to borrow his or her own money? Why not just use the money in the savings account? Some lenders say one reason is to establish credit. But Steve Rhode, a debt expert who co-founded Myvesta, a nonprofit organization that educates consumers about debt, says people shouldn’t rely on passbook loans for that purpose.

“A passbook loan won’t build your credit. Ninety-five percent won’t be reported to the credit bureaus. You can request it, but it probably won’t. The banks really don’t have a mechanism to report that. Most banks aren’t set up to report incidental or small loans.”

Cesario says his bank is one of the few that report passbook loans to the credit bureaus. Nevertheless, he agrees that it’s important to ask the bank and don’t simply assume the loan will be reported.

If you need money, the cheapest way to go is to use funds from a savings account that’s earning 1%. You’re not losing much in the way of interest. But when saving money is such a hard-learned discipline, it can be gut-wrenching to spend it. Some just hate to see the balance drop; others are worried they’ll never again have the discipline to replenish the account. So, instead of borrowing the bank’s money for whatever the going rate is, they pay 3% to borrow their own. It certainly beats paying double that for an unsecured bank loan, and they get some self-enforced discipline to boot.

“They need the bill every month to repay the loan,” says Joan Reydel, loan officer at Hingham Institution for Savings in Hingham, Mass.

Downsides of borrowing from your savings

But there is a downside. If an unexpected expense comes along that must be paid you might find it necessary, or at least tempting, to default on the passbook loan.

“If you can’t pay, we’re going to close your account and get our money back,” Cesario says. “We’ve had to do it a few times. We give them a long time to pay it back before we pull the trigger, but sometimes we do pull the trigger and close out the account for the balance of the loan.”

This illustrates the danger of a passbook loan if your savings account and your emergency fund are one and the same. An emergency fund shouldn’t be used for anything but true emergencies — loss of a job, unexpected medical expenses, etc. Buying a new TV or replacing the old washing machine that finally conked out doesn’t count.

Even if you aren’t in danger of defaulting on the loan, your savings account, up to the balance of the loan, is collateral and you have no access to those funds. So, if it’s your emergency fund and a crisis arises, you have no money.

If your savings account is short of the minimum emergency fund goal of three months’ living expenses, it might be safer for your long-term financial health to borrow via a regular bank loan. You’ll pay more interest, but you’ll keep your emergency fund intact.