The same calculation can also be useful for inflation, but it will reflect the number of years until the initial value has been cut in half, rather than doubling.

The Rule of 72 is derived from a more complex calculation and is an approximation, and therefore it isn’t perfectly accurate. The most accurate results from the Rule of 72 are based at the 8 percent interest rate, and the farther from 8 percent you go in either direction, the less precise the results will be. Still, this handy formula can help you get a better grasp on how much your money may grow, assuming a specific rate of return.

The formula for the Rule of 72

The Rule of 72 can be expressed simply as:

There are a few important caveats to understand with this formula:

How the Rule of 72 works

The actual mathematical formula is complex and derives the number of years until doubling based on the time value of money.

You’d start with the future value calculation for periodic compounding rates of return, a calculation that helps anyone interested in calculating exponential growth or decay:

The actual results aren’t round numbers and are closer to 69.3, but 72 easily divides for many of the common rates of return that people get on their investments, so 72 has gained popularity as a value to estimate doubling time.

For more precise data on how your investments are likely to grow, use a compound interest calculator that’s based on the full formula.

How to use the Rule of 72 for your investment planning

Most families aim to continue investing over time, often monthly. You can project how long it takes to get to a given target amount if you have an average rate of return and a current balance. If, for example, you have $100,000 invested today at 10 percent interest, and you are 22 years away from retirement, you can expect your money to double approximately three times, going from $100,000 to $200,000, then to $400,000, and then to $800,000.

If your interest rate changes or you need more money because of inflation or other factors, use the results from the Rule of 72 to help you decide how to keep investing over time.

Many young adults who are starting out choose high-risk investments because they have the opportunity to take advantage of high rates of return for multiple doubling cycles. Those nearing retirement, however, will likely opt to invest in lower-risk accounts as they near their target amount for retirement because doubling is less important than investing in more secure investments.

Rule of 72 during inflation

Investors can use the rule of 72 to see how many years it will take to cut in half their purchasing power due to inflation. For example, if inflation is around 8 percent (as during the middle of 2022), you can divide 72 by the rate of inflation to get 9 years until the purchasing power of your money is reduced by 50 percent.

The Rule of 72 allows investors to realize the severity of inflation concretely. Inflation might not remain elevated for such a long period of time, but it has done so in the past over a multi-year period, really hurting the purchasing power of accumulated assets.

The Rule of 72 is an important guideline to keep in mind when considering how much to invest. Investing even a small amount can make a big impact if you start early, and the effect can only increase the more you invest, as the power of compounding works its magic. You can also use the Rule of 72 to assess how quickly you can lose purchasing power during periods of inflation.

Note: Bankrate’s Georgina Tzanetos contributed to a recent update of this story. 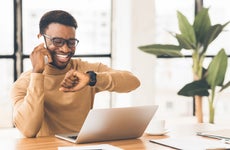 What is the time value of money? 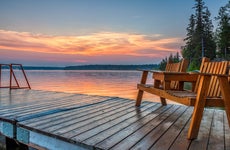 What is your time horizon, and why is it important? 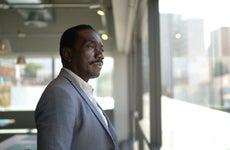 What is the rule of 55 and how does it work? 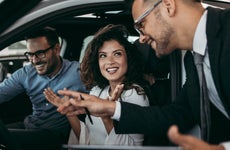