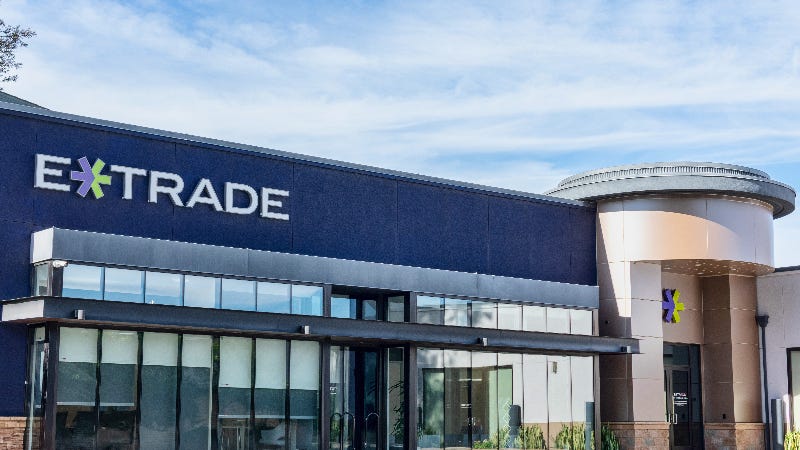 Morgan Stanley is acquiring online broker E-Trade Financial in a deal valued at $13 billion. The investment bank will shell out $58.74 per share, a premium of nearly 31 percent over the stock’s close the day before. The deal, announced on Thursday, is expected to close in the fourth quarter of 2020.

The brokerage industry continues to consolidate in the wake of declining commissions and fierce competition for customers. The deal follows on the heels of Charles Schwab’s pending acquisition of TD Ameritrade in a $26 billion deal announced in November 2019. Schwab moved quickly as many top online brokerages began cutting trading commissions to zero for stocks and ETFs in October.

This acquisition spree is also part of a larger trend of financial institutions establishing or acquiring relationships with well-off retail customers.

Large financial players are becoming even more integrated, offering a range of products across the spectrum, and they’re especially eager to tap a cheap source of funds. E-Trade generates about $56 billion in deposits annually according to a press release on the deal, offering ready funding for Morgan Stanley.

“As Goldman Sachs has grown their online bank Marcus, and as Schwab has acquired TD Ameritrade, the trail was blazed for Morgan Stanley’s pathway into financial services for mass affluent and the up-and-comers that will be tomorrow’s affluent households,” says McBride.

With the acquisition, Morgan Stanley becomes a larger player in the brokerage industry, but still trails behemoths such as Fidelity with $8.3 trillion in client assets and Vanguard with more than $5 trillion.

“Between zero trading commissions and competitive yielding savings accounts and cash management products, the competition for consumers’ cash and investments is as fierce as ever,” says McBride. “And this trend reaches a broad spectrum of households, it isn’t just the ultra-wealthy that are in demand.”

What customers can expect if the deal is approved

E-Trade will be operated as a separate unit within Morgan Stanley, according to the company’s announcement, and analysts expect that they will maintain the E-Trade name. So customers who log on to E-Trade may not notice a major difference when Morgan Stanley officially takes control of the company later this year.