Domestic partnerships are an alternative to marriage but with fewer – and often less concrete – legal benefits and protections. Experts say there’s no wrong choice between the two, but choosing the right option can have huge implications for a couple’s wallet.

Domestic partnerships were created some 40 years ago and mainly utilized by same-sex couples to gain certain employment and estate-planning benefits that were otherwise available only to married couples. This trend has waned since the landmark Supreme Court Obergefell v. Hodges decision in 2015 determined that same-sex couples have a fundamental right to marry.

Some states, municipalities and workplaces have since moved away from recognizing domestic partnerships – though it depends on where you live.

“This [registering as a domestic partnership] is not so common anymore but is still possible in some states and local governments – counties or cities,” says Wendy D. Manning, distinguished professor of sociology at Bowling Green State University. “Lots of employers removed these [benefit] options once Obergefell went through and marriage to same-sex couples became legal across the nation.”

Registering a domestic partnership: What you need to know

“If you’re maybe not interested in legally marrying, then explore what a domestic partnership looks like where you live and weigh the pros and cons,” LaPean says.

Generally, in order to register as domestic partners:

Today in many jurisdictions, domestic partnerships are allowed for couples of the same gender or different genders who don’t want to marry but still would like to be eligible for certain benefits. These benefits vary from state to state, and from one municipality to another, but may include:

In Nevada, domestic partners have the same rights, protections and benefits as married spouses and are both responsible for debts to third parties. Likewise, New Jersey confers to domestic partners “certain rights and benefits that are accorded to married couples,” including “visitation rights for a hospitalized domestic partner and the right to make medical or legal decisions for an incapacitated partner,” as well as certain tax benefits, according to NCSL.

Washington state allows domestic partnership arrangements among same-sex or different-sex partners, as well as among couples with at least one partner who is 62 years or older, who could lose part of their Social Security or pension benefits if they were to tie the nuptial knot.

What a domestic partnership can do for you

In cities that recognize family units outside of marriage, domestic partnerships usually allow partners basic visitation rights in jails and hospitals. However, it may not entitle you to make health-care decisions, funeral arrangements or lay any claim on the estate of your partner. Registering as domestic partners, though, provides proof to those employers that still offer benefits.

Most organizations want something verifiable to prevent potential fraud. These include employers willing to offer so-called “soft” benefits. These perks include sick or bereavement leave to care for a partner or a partner’s children, use of employer facilities, and other benefits the employer has control over. Employers that offer “hard” benefits, such as access to health, dental and vision insurance — assuming the insurance carrier recognizes domestic partner relationships — also want proof of a legal partnership.

“Some employers kept domestic partnerships as an option to appeal largely to different-sex cohabitors,” says Manning, who adds it’s a good option for cohabiting couples who don’t want to be locked into marriage.

Domestic partnerships, however, can sometimes come without the “baggage” of marriage, as LaPean puts it. But that might also mean that decoupling in a domestic partnership might be legally grayer than with a marriage, which comes with divorce proceedings and the division of marital assets.

“If you are married, you’re financially entangled to a certain extent and responsible for your partner’s debt in certain circumstances,” he says. “If you’re not married, to some extent, you’re legally strangers.”

What are the drawbacks?

Unlike insurance benefits granted to married individuals, contributions made for employees who elect to participate in a domestic partner benefits plan and have their partner covered under their plan are considered taxable income by the federal government. However, any insurance premiums your employer contributes to your partner’s policy would not be taxed if your partner meets the definition of “dependent” under the Internal Revenue Code. To qualify as a dependent, your partner must receive more than half of his/her support from you.

Domestic partnerships also differ from legal marriage since benefits are not portable from one employer to another. There is no recognition outside the city, state or county that offers the status, and insurance benefits may be lost if the employee changes jobs. Besides that, if a couple moves from state to state, they risk their new location not recognizing the domestic partnership.

“A lot of it is at a state level, whereas marriage is at the federal level,” says Ella Taylor, CFP, founder of Ella Financial Advising who specializes in financial advice for women and individuals in the LGBTQ community. “The scary part of domestic partnerships is they could revoke them. You really have to be on top of the different laws and what’s available and what’s not available.”

In addition, a domestic partner affidavit could be viewed as a de facto agreement by the courts, potentially making partners financially responsible for each other’s support and debts. As a result, some attorneys have questioned the wisdom of registering because the financial responsibilities incurred could outweigh the benefits.

“But if it’s a higher earner and a low earner, that would be a great benefit because your adjusted gross income combined would be in a lower tax bracket,” she adds. That’s sometimes called the “marriage bonus.”

Another big consideration should be retirement, including Medicare and Social Security benefits. For example, a higher-earning individual in a domestic partnership would have to pay higher premiums than their partner, which in a marriage might be easier to avoid if the couple’s combined income would get them under the joint limit.

Meanwhile, if one member of the relationship were to pass away in a domestic partnership, that might mean that their pension or Social Security benefits disappear. And when it comes to utilizing outside retirement accounts, such as 401(k)s and IRAs, couples in a domestic partnership would have to explicitly state that they want their partner to be the beneficiary.

“For Social Security, you definitely need to be legally married to get widows’ benefits,” LaPean says. “That can be a huge deal if the earnings are asymmetrical. If two members of a couple are getting Social Security benefits and one of them dies, the survivor gets the larger monthly benefit of the two if they’re married.”

However, the Social Security Administration states that it recognizes some domestic partnerships for the purposes of benefits. They stress that it’s crucial that, if your partner passes away, you should apply for benefits as soon as possible (even if you’re not sure you qualify) to not miss out on any potential benefits and to preserve your filing date. 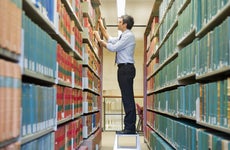 How to find out who owns a property 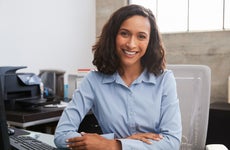 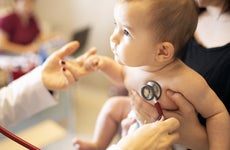 How to register as an organ donor 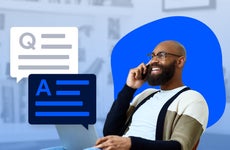 How to open a credit file for a new business