Prison inmates aren’t necessarily barred from life insurance coverage, but they may find themselves effectively locked out by insurers unwilling to take on the risk.

If the fictional Piper Chapman from “Orange Is the New Black” had life insurance on the outside, she might have difficulty maintaining coverage during her incarceration. And while the Netflix series has its comical moments, serious questions about inmates and life insurance crop up frequently on prisoner rights and family support websites, and for good reason. 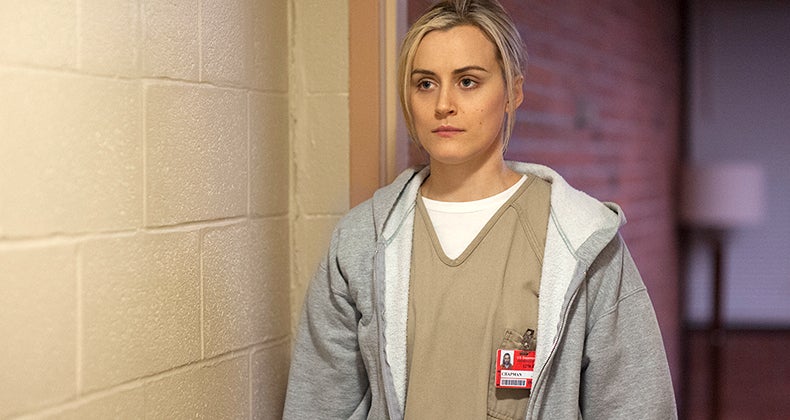 Piper Chapman from “Orange is the New Black”

Nearly 6.9 million Americans — roughly 2.8% of the U.S. adult population, or about 1 in every 36 U.S. adults — were behind bars or on probation or parole at the end of 2014, according to the most recent data from the federal Bureau of Justice Statistics. That translates to a lot of families thrown into limbo by the incarceration of a breadwinner.

Some inmates want life insurance as a way to provide financial protection for their loved ones, while others merely seek to cover their burial costs if they die behind bars.

But prison barbed wire is one line that life insurers rarely cross.

Not a market that insurers want to capture

“We do not offer life insurance coverage to any incarcerated individual,” says Janet Gillespie, a spokeswoman for Prudential individual life insurance. “Our underwriter feels this is industrywide.”

So does Jack Dewald, president of Agency Services Inc., a life and health insurance brokerage in Memphis, Tennessee, and a former chairman of the Life and Health Insurance Foundation for Education, a nonprofit consumer education group.

“I don’t know of a single insurance company that would issue a policy to someone in prison, even those in a ‘country club’ or less restrictive prison,” he says. “That’s just not the kind of risk that the industry would take.”

In fact, Dewald says it’s easier for a combat-bound soldier to land life insurance than a prison inmate. “There are a couple of insurance companies that feel it’s their civic duty to write active-duty military,” he explains.

Existing coverage may continue behind bars

While an inmate may not be able to find a life insurer willing to offer new coverage, Dewald says those who entered prison with an individual policy already in place are guaranteed coverage if they pay their premiums and don’t die while committing an intentional criminal act. However, those with group life coverage through an employer typically lose it when sentenced to prison.

“If they go to prison, by definition their employment is terminated, so they’re no longer eligible for all the benefits, including life insurance,” says Dewald.

But a convict may be able to convert group coverage to an individual policy before entering prison.

“That is typically exercised when somebody is really sick and has run out of COBRA (extended group coverage under federal law) and can’t acquire life insurance through normal means,” he says. “I suppose most of that could be converted, even if you were in prison.”

Prison presents problems on all 3 counts:

Throw in the inherent dangers associated with confinement (as viewers of “Orange Is the New Black” know all too well), the uncertain mental health of the prison population and the “moral hazard” of insuring someone who has run afoul of the law, and it’s not hard to understand the industry’s reluctance to insure prisoners.

“Many companies may just not go through the exercise of underwriting for prisoners,” Hasenauer says. 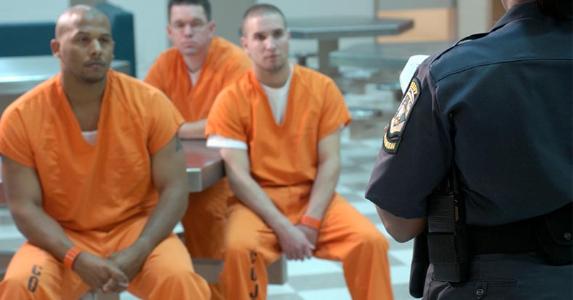 There are exceptions, especially among the rich and famous clientele served by Ted Tafaro, CEO of Exceptional Risk Advisors, a Mahwah, New Jersey, specialty insurer and Lloyd’s of London underwriter.

“If you take a Martha Stewart, we may potentially be able to do something for them that would be very, very expensive and would probably be more along the lines of accidental death type of coverage,” Tafaro says.

He adds that after Hollywood celebrities such as Lindsay Lohan and Robert Downey Jr. have done time, life insurance has helped the show go on during their parole or probation.

“That would be part of the risk-mitigation strategies we use that could involve how they get paid, monitoring by ‘minders’ who stay with them, and consistent substance testing,” he says.

Even daredevils are preferable to inmates

But Tafaro admits he’s far more comfortable insuring daredevils, such as the world sky-diving record-holder, than someone behind bars.

“The high-risk element is something we can get our head around because it’s not a moral issue; the guy wants to live and he wants the stunt to go well,” he says.

“With felons, you run up against that unknown moral factor,” Tafaro adds. “Life insurance is a privilege and not a right. Jail pretty much kills the opportunity to purchase coverage.”