The pandemic may have shifted the working schedules and driving habits of many Americans, but owning a car is still integral. The most recent U.S. Census survey found that 91.6% of American households owned at least one vehicle, even as daily personal car trips dropped in 2020 compared to previous years.

What this means for most Americans is that the cost of car insurance is still a necessary expense. Bankrate conducted a deep dive into the latest available data to give more background on the state of car ownership in 2022.

How many cars are in the US?

Vehicle ownership varies significantly based on where you live in the U.S. The information below is gathered from the U.S. Census Data American Community Survey from 2020. Car ownership is higher in areas outside of U.S. metropolitan areas, likely due to urban sprawl and the necessity of a car for daily life.

10 U.S. Metro Areas with the Highest Percentage of Vehicle Ownership

Some of America’s biggest metropolitan areas have the lowest vehicle ownership in the U.S., which is most likely primarily due to ready access to public transportation and the high cost of parking your car in these cities. New York, Newark and Jersey City metro areas have the lowest percentage of households with a vehicle, with Ithaca, Boston, Cambridge and Newton metro areas coming in second and third place.

10 U.S. Metro Areas with the Lowest Percentage of Vehicle Ownership

The rate of car ownership varies significantly between states. The Federal Highway Administration’s Office of Highway Policy Information offers the latest highway statistics based on the most recent data from 2020.

Several of the biggest and most populated states in the U.S. also have the most vehicle registrations, such as California, Texas and Florida. Accordingly, some of the smallest states in the country also have the lowest rate of vehicle ownership, like Alaska, Wyoming and Vermont.

The cost of car ownership includes a myriad of expenses, and with rising inflation, it has just become a lot more expensive compared to previous years. Surging gas prices throughout the country have significantly increased the cost of commuting. The cost of maintaining and repairing your car may have been impacted by inflation as well, as the cost of parts and labor continue to increase.

What percentage of Americans own a car?

Overall, vehicle ownership is on the rise in an analysis of a five-year period ranging between 2015 and 2019. The number of households with one or two vehicles has decreased over time. However, there has been a steady increase in vehicles of three or more per household. There is a strong indication that because American households are growing in size, the number of vehicles is also increasing to accommodate them. The data also indicates a rise in steady income, allowing Americans to afford both the car payment on three or more vehicles in addition to the costs of maintenance and car insurance.

However, for those Americans without a car, it can present several challenges. Those who do not live close to city transit lines can face serious challenges in getting to school, work and appointments. Those families with children can be challenged with even greater demands, given childrens’ busy schedules.

Car ownership outside of the US

Looking to the rest of the world, global car sales reached 66.7 million in 2021, which was significantly higher than the 63.8 million vehicles sold in 2020.

There is only one country that surpasses the U.S. in car ownership, China. In 2021, the total sales for passenger vehicles exceeded 26 million units, which represented 31.4% of global sales. Additionally, while international automobile companies used to enjoy strong dominance in the Chinese market, Chinese vehicle manufacturers grew their market share to 44.4% domestically in 2021.

Looking forward, the market for electric vehicles is expected to grow in the coming years. By 2025, EVs may account for 7.4% for car sales internationally. By 2025, internal combustion vehicles may decline to about 20% of sales, with EVs accounting for 80% of vehicle sales.

SHARE:
Written by June Sham Insurance Writer
Read more from June
June Sham is an insurance writer for Bankrate. Before joining the team, she worked for nearly three years as a licensed producer writing auto, property, umbrella and earthquake policies.
Edited by
Maggie Kempken
Edited by Maggie Kempken Insurance Editor
Maggie Kempken is an insurance editor for Bankrate. She helps manage the creation of insurance content that meets the highest quality standards for accuracy and clarity to help Bankrate readers navigate complex information about home, auto and life insurance. She also focuses on ensuring that Bankrate’s insurance content represents and adheres to the Bankrate brand.
Maggie Kempken
Insurance Editor 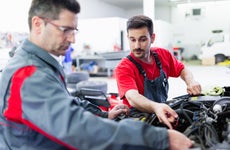 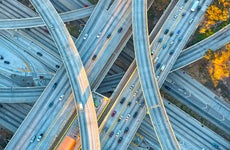 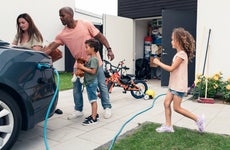 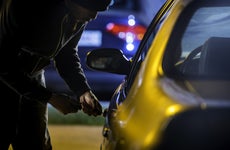 The cars most likely to be stolen in every state