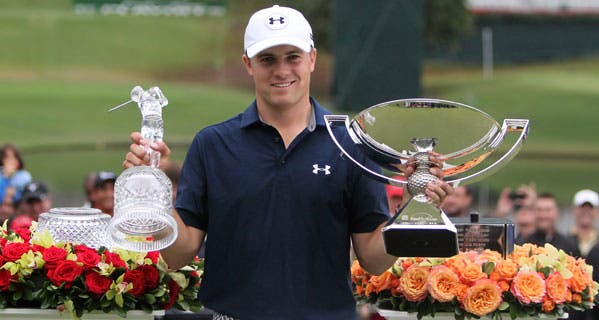 He’s only 22, but this season, he was at the top of his game. Golfing sensation Jordan Spieth not only became the No. 1-ranked player in the world after winning the Tour Championship Sept. 27, but he earned a record-breaking $22 million, including bonuses — the highest amount of any golfer in a single season.

Spieth gave credit to his team for the successful season and looks forward to more wins. “Everything was exactly how we needed it to be to peak at the right times,” he told USA Today. “If we can continue to do that, then we’ll have more seasons like this.”

At the top of his charitable game

The Texas native turned pro at the age of 19, but he’s not just a rising star in the game of golf. He’s serious about charity and proved it early in his career. In 2013, he set up the Jordan Spieth Family Foundation to help young people with special needs, military families and to support junior golf.

On his website, he notes that his younger sister Ellie, who has special needs, inspires him. “Being Ellie’s brother humbles me every day of my life,” he writes.

His foundation also supports the American Junior Golf Association, which teaches young golfers the game and helps them obtain college scholarships. In July, Spieth attended his namesake junior golf tournament in Texas. “It’s nice to come to a place that got me there, to be able to come back and share the stories and the moments with the people that made it possible,” he told KXAN in Austin. “It’s great to be back to what I consider my second home.”

Spieth isn’t the only famous philanthropist: Find out more about how the rich and famous donate to charity.