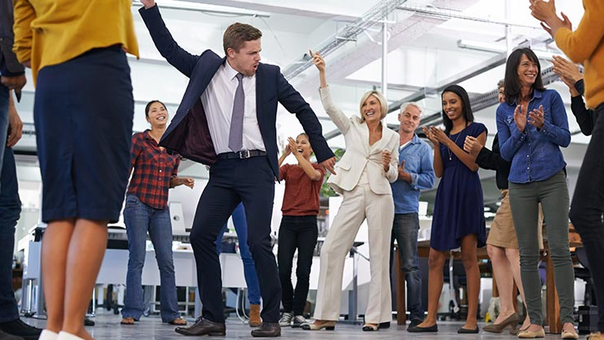 When weighing whether to stay in the market after the long run-up in stocks or bail for an alternative investment, people are following Tina’s lead at the dance.

In investing shorthand, Tina stands for “there is no alternative.”

“Tina … does not exactly engender confidence for fundamental investors, especially following the rapid rise in the markets over the past 7 years,” says Michael Farr, president of the investment firm, Farr, Miller & Washington.

“But the combination of being the best house in a shady neighborhood and the increased confidence that the Fed won’t be raising interest rates much could still result in gains for stock investors,” Farr said, referring to the Federal Reserve.

Is it time to look for yield someplace else?

S&P Dow Jones Indices senior index analyst Howard Silverblatt says no. He put out a bottom-up analysis of blue-chip stock predictions that places the one-year target for the Dow at 20,003.93.

Tina playing a role in the market?

Farr agreed that Tina is playing her part, somewhat sheepishly admitting that company fundamentals aren’t playing as much of a role in investor sentiment.

“Let’s be clear that stock prices have not rebounded based on an improvement in the earnings outlook for any particular sector or corporate America as a whole.

“They want the relative safety and stability of the U.S. dollar and U.S. assets,” he says. “U.S. blue chips fit the bill.”

“This lets us take advantage of what’s going on, but with a predetermined amount of investment risk. Buy the stock, set the stop, calculate the risk, and buy the resulting number of shares to match the risk factor of the client,” Scott says.

That’s not to say the some investors haven’t shifted to alternative investments outside the stock market.

Scott Tucker of Scott Tucker Solutions Inc. is suggesting that clients put some money in fixed index annuities, which he admits aren’t right for everyone, especially those under 40.

A fixed-index annuity is a fixed — as opposed to variable — annuity that provides either a lifetime payout or payments over a contractually-defined term.

“My favorite asset class right now is multifamily value plays in secondary markets like Reno or Tucson,” Banner says. “This is typically your ‘B or C class’ multifamily that needs professional management and some money put into a renovation. I am looking for projects that (have) cash flow in the 7% to 9% (range).”

“The risk to the investor is that they aren’t as liquid as an exchange-traded investment, and they don’t have a definite exit timeline,” Palidora says. “The investor gets out when the security is sold to an entity like an large college endowment , a pension fund or gets listed on an exchange.”

“The reward to the qualified investor is that most pay a distribution on a monthly basis until that time,” he says.

Don’t lose sight of your investments

Scott Knapp, managing principal for CUNA Mutual Fiduciary Consultants, agreed that if you stick with what you’re familiar with — the stock market, stay on top of market moves, like a selloff.

“Investors should be cautious here because high valuations can make such a selloff more painful than usual,” Knapp says.

“It seems more likely that valuations will be brought down to normal levels than stretched further above their current lofty perch,” he says. “Said another way, risks appear to be skewed toward the downside.”