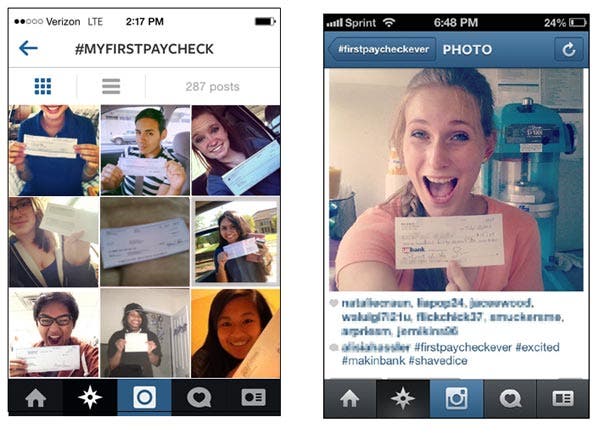 Check fraud may be the most low-tech of all financial fraud. Criminals printing out bogus checks on special paper and physically going to banks and check cashing facilities to try and get cash for them.

Ironic, then, that criminals are now using the relatively recent innovation of social media to help them do it, using posts of selfie paycheck photos.

This week the U.S. Attorney’s Office, the Secret Service and other law enforcement agencies announced the indictment of 25 suspects in what they say was the “largest and most sophisticated ID theft organization in Minnesota.”

The identity theft ring allegedly forged checks and cashed them at dozens of banks and other financial institutions, with some help from hapless Instagram users.

Prosecutors say the ring used some traditional venues to grab financial details: stolen checks and bank employees at Central Bank and TCF Bank who allegedly fed them customer information. But another of the ring’s sources for account information to print on their fake checks was a little unusual Instagram, specifically the popular hashtags #myfirstpaycheck and #myfirstpaycheckever.

Apparently, young people getting their first paycheck are in the habit of posting a selfie with it on the popular image-sharing site. Unfortunately, one of the reasons checks are such fertile grounds for fraud is they have plenty of sensitive information printed right on the front: names, address, checking account numbers. And all of it could be visible in a selfie you publish to the world.

It’s easy to forget sometimes that much of social media is publicly searchable and accessible, but it should go without saying that posting pictures of any kind of financial instrument with sensitive information, such as a debit card, credit card or check, is a bad idea.

What do you think? Would you ever post a picture of a paycheck online?