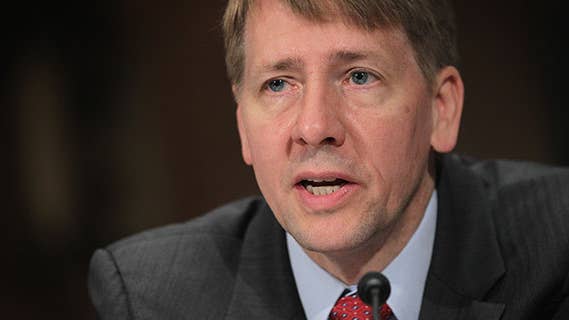 It takes only one negative report from a bank or credit union, usually over a checking account that was closed with a negative balance, to get a consumer blacklisted from the banking system. The Consumer Financial Protection Bureau, which has made increasing access to the banking system a priority, wants to make sure that blacklist is accurate.

Banks and credit unions that report checking account problems to consumer reporting agencies like ChexSystems received a warning from the CFPB today. In a bulletin, the CFPB cautioned financial institutions that if they send incorrect information to reporting agencies they could get hit with a “Bureau action.”

In the bulletin, the CFPB told banks and credit unions that they need to have “reasonable written policies and procedures” to prevent errors that “could cause adverse consequences for consumers when included in a credit report, such as being denied a loan at a more favorable interest rate or being unable to open a transaction account.” Those errors could include anything from duplicate records to mistaking one customer for another because they have the same name, according to a best practices document from the Fed.

The CFPB also reminded banks they need effective procedures in place to investigate when consumers dispute negative reports. The consequences for those that don’t? “Enforcement actions to address violations and seek all appropriate remedial measures, including redress to consumers,” which, if recent history is any indication, means hefty fines and payouts to victims.

Last year, CFPB examiners found that at least one financial institution, and possibly more, had failed to do so, the agency said.

“Consumers should not be sidelined out of the basic banking services they need because of the flaws and limitations in a murky system,” CFPB Director Richard Cordray said in a press release.

Are you looking for a new checking account? Let Bankrate.com help you find the best local account today.

The CFPB also sent out letters to the largest 25 banks encouraging them to offer “low-risk” accounts that don’t offer overdraft protection, and urging them to promote such accounts.

“People deserve to have more options for access to lower-risk deposit accounts that can better fit their needs,” Cordray said.

Whether banks will do so is another question. Overdraft protection is among the most lucrative features of banks’ checking business, and the prospect of running millions of low-balance checking accounts with no large fees to balance out overhead probably isn’t too appealing to them.

If you’ve ever been reported to ChexSystems or another consumer reporting agency, you know how hard it is to get taken off that list. Negative reports can keep you locked out of the banking system for up to 5 years, and while prepaid debit cards and other tools have made it easier to get by without a checking account in recent years, it still represents a substantial hardship.

What do you think? Is the CFPB doing the right thing here?