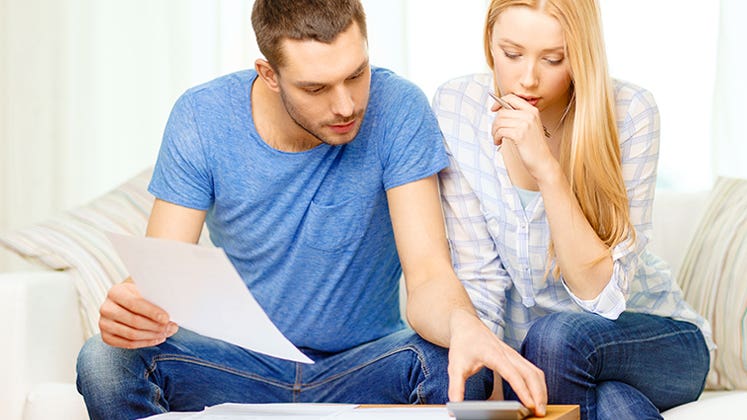 Most Americans keep some kind of household budget. But fewer than 4 in 10 have the cash to handle a substantial cost outside their budgets.

Budgets are as American as apple pie

The vast majority of Americans budget their money, and for good reason. It’s one of the best ways to keep expenses under control and ensure you’re not spending more than you’re taking in.

This is Bankrate’s first Money Pulse poll, and we’ve chosen the critical topic of family budgeting to launch our new feature. Going forward, look for it every month, and learn what fellow consumers are thinking on a wide range of financial issues.

In our Money Pulse survey conducted Dec. 18-21, just 18 percent of Americans who responded to the survey said they don’t keep a budget.

“I’m excited that more people are embracing that concept than in previous years,” says Gail Cunningham, a spokeswoman for the National Foundation for Credit Counseling.

“Oftentimes, people have felt that a budget was restrictive and they resisted creating a workable budget when in reality, a budget is just a tool that helps you spend your hard-earned money as you choose to,” Cunningham says. “Without a budget, we spend money very casually and often in ways we never intended.”

Still, that budget may be surprisingly brittle. If someone encounters a significant, unexpected expense outside his or her budget, such as an emergency room visit or a car repair, only 38 percent of respondents said they could cover it with cash they have on hand in a savings account or checking account.

How do you tend to deal with unexpected expenses, such as $1,000 for an emergency room visit or $500 for a car repair?

Instead, most would turn to trying to reduce their spending on other things, borrowing from family or friends, or putting the expenses on their credit cards.

“Without an adequate rainy-day fund, we are all living on a very slippery financial slope. The unexpected, unplanned expense is going to rear its ugly head and usually at the most inopportune time,” Cunningham says. “Things as small as a flat tire or one trip to the emergency room can wreck the budgets of those who do not have an adequate amount in their savings account.”

Echoes of the Great Recession

That lack of a savings safety net may be an aftereffect of the Great Recession, says Eleanor Blayney, CFP professional and consumer advocate for the Certified Financial Planner Board of Standards. Blayney says she expects Americans will start rebuilding their savings now that economic times are a little better and the jobs market has shown substantial improvement, and those who don’t are putting their finances at risk.

“People hopefully will not go back to the kind of shop-till-you-drop response to good economic news and put away that emergency fund,” Blayney says.

Blayney recommends adding regular savings to the monthly budget alongside all your other expenses. That way, when unexpected costs or even a major life event such as a job loss arises, you’ll have some financial flexibility to handle it.

“People often tell me, ‘Gail, I can’t afford to save,'” Cunningham says. “And I tell them they can’t afford not to.”

It’s probably not surprising that for nearly a third of American households, the biggest item outside food and shelter in their budget is utilities, such as electricity, water and phone bills. Another quarter of households cited transportation, including car payments and gas, as their biggest expense.

But there were some surprises in the big-ticket items that make up people’s budgets:

Analog budgets in a digital world

In an age where lots of quality budgeting apps, websites and computer programs are just a few clicks away, most people still budget using decidedly “analog” methods. A majority of Americans say they keep track of their budget either with a pen and paper or all in their heads, while only 18 percent use a computer program and just 8 percent use smartphone apps.

How do you keep track of how your income and spending match your budget?

While a pen and paper may seem antiquated, the best way to judge a budgeting method is the results, the CFP Board’s Blayney says.

“What’s important is, is it working?” Blayney asks. “Do you have a sense of where your money is going, and are you able to direct money toward your future goals?”

Know where your credit stands. Get your free credit report at myBankrate.

Even so, trying to budget in your head does have some drawbacks. Like businesses, individual Americans benefit when they have records of what they planned to spend and what they actually spent over time, she says.

“There’s no business that does well or survives that does not budget or forecast and review actual spending against what’s in the budget,” Blayney says. “And that’s hard to do in your head, right?”

There are benefits to embracing more technologically advanced methods, she says. For one, many apps can track your spending automatically and categorize all your expenses to give you a better understanding of where your money is going.

“Here are all these categories that you kind of omit because they just don’t come to mind,” Blayney says. “It’s a good way of … keeping you aware and focused, and maybe even making sure your math is right.”

Methodology: Bankrate’s poll was conducted by Princeton Survey Research Associates International, which obtained the data via telephone interviews with a nationally representative sample of 1,001 adults living in the continental U.S. Telephone interviews were conducted by landline (500) and cellphone (501, including 316 without a landline phone) in English and Spanish from Dec. 18-21, 2014.

Statistical results are weighted to correct known demographic discrepancies. The margin of sampling error is plus or minus 3.4 percentage points.