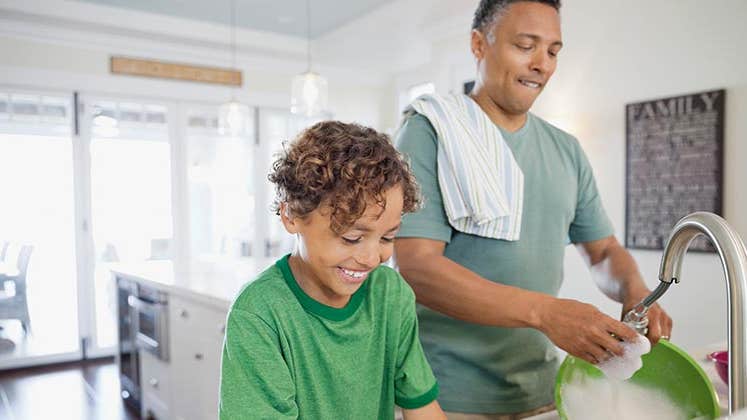 More than 1 in 3 mortgages has a “major impact” on the borrower’s ability to save. That number jumps to 51 percent for parents who have mortgages.

That’s according to Bankrate’s Money Pulse survey for February.

SEARCH RATES: Know how much you can comfortably borrow? Now find a great mortgage deal. 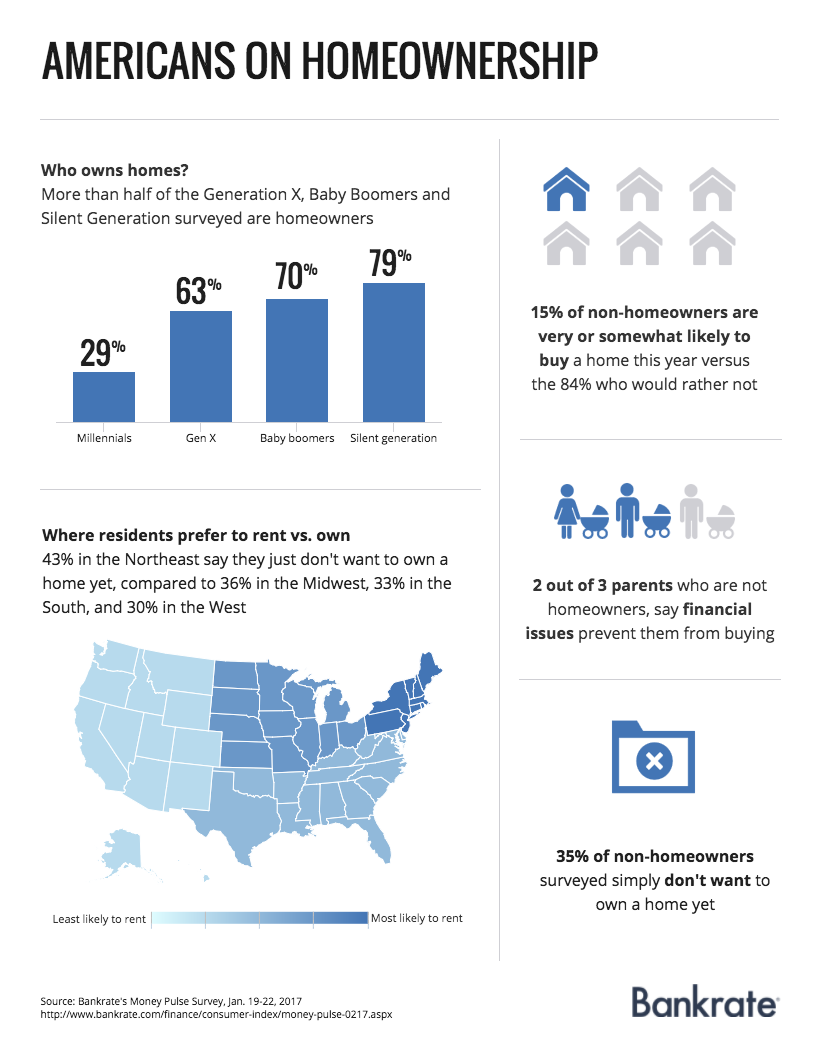 Asked, “How much of an impact does the size of your mortgage have on your ability to save money for the future?” 37 percent of respondents said their mortgage has a major impact. Another 46 percent said it has a minor impact on savings.

“It’s probably not as much about the mortgage as it is that stage of life,” says Jonathan Smoke, chief economist for Realtor.com.

Homeowners with children are likely to be in their early 30s to their mid-50s, with competing financial goals: Keeping the kids clothed and fed and educated, saving for college, saving for retirement, paying the mortgage, maintaining the home.

Jim Sahnger, mortgage planner for Schaffer Mortgage in Palm Beach Gardens, Florida, recommends thinking of a mortgage payment as a form of savings.

“If you look at it from the aspect of you’re building equity, that’s obviously important,” he says.

Homeownership also shelters you from rent hikes and it might convey tax benefits, he says.

Figure out how much you can afford to buy using Bankrate’s mortgage calculator, and read how to buy a home while paying off student loans.

Other results from the survey:

Who is very or somewhat likely to buy a home this year? Here’s the age breakdown:

This doesn’t surprise Smoke at all. The dominant homebuying segment is people ages 25 to 34.

Regardless of generational labels, “if you had history going back 50 years, you would see this pattern is true in both good times and bad,” Smoke says.

People often buy their first homes shortly before or after children are born.

When he and his wife bought their first house, “I was 29 when we closed and not even a year back from my first deployment to Iraq. I was married to Andrea and we were pregnant with our first baby girl at the time. All three of our kids were born while we lived in that home since we lived there for six years.”

They sold that house in Salem, Oregon, a couple of years ago, and just bought a town house in Portland, Oregon.

Reasons for not owning

But you don’t have to have a big down payment. In fact, when Hartman closed on his Portland town house in late January, it was with a Veterans Affairs-guaranteed loan in which he didn’t make a down payment. (They had made a down payment on their first home — the one in Salem — for which they also got a federal VA loan.)

“The cost of living in Portland is such that saving for a down payment is challenging,” Hartman says.

And they wanted to keep their savings for emergencies.

Hartman says four sellers rejected his offers because the sellers didn’t want to endure the perceived hassle of a VA loan. It turned out that the deal went smoothly.

“I wish there was a way to make, without pulling on heartstrings, how to help sellers and Realtors understand the VA process. There’s nothing to be scared of,” he says. “If you can add the value of helping a vet, at least consider that.”

Zero-down VA loans are one of the perks of being in the armed forces. In qualified rural areas, buyers can get zero-down loans guaranteed by the U.S. Department of Agriculture. Loans insured by the Federal Housing Administration are available with as little as 3.5 percent down, and some lenders offer mortgages with as little as 3 percent down for buyers with low to moderate incomes.

Smoke, the economist for Realtor.com, says people “are likely to tell you it takes 20 percent down to buy a home, when in reality it averaged 11 percent last year.”

It was even less for FHA and VA borrowers. In 2016, the average FHA buyer made a 4 percent down payment, and the average VA buyer put down 2 percent, according to Ellie Mae.

Sahnger, the mortgage planner in Florida, says a lot of people with “credit events” turn out to have better credit scores than they expected. And he says there are ways to boost your credit score.

SEARCH RATES: Shop for a mortgage to buy your dream home.

Methodology: Bankrate’s Money Pulse survey was conducted Jan. 19-22, 2017, by Princeton Survey Research Associates International with a nationally representative sample of 1,003 adults living in the continental United States. Telephone interviews were conducted in English and Spanish by landline (502) and cellphone (501, including 312 without a landline phone). Statistical results are weighted to correct known demographic discrepancies. The margin of sampling error is plus or minus 3.7 percentage points for the complete set of data.