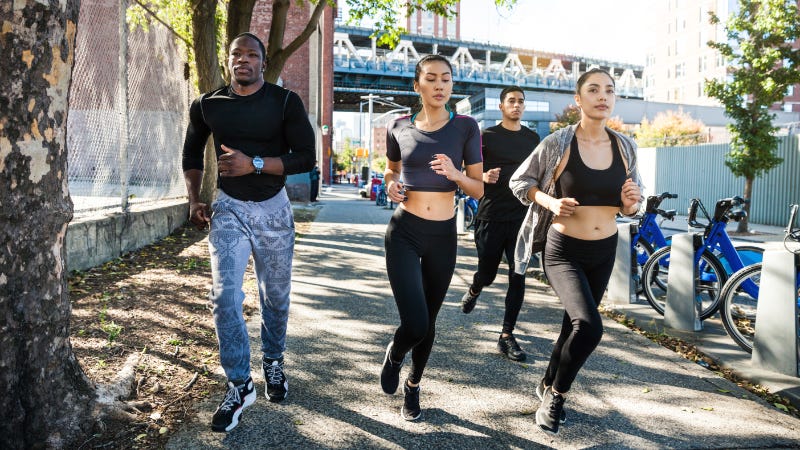 Editor’s note: Bankrate published a newer version of this survey on Sept. 23, 2020. Please visit this link for more recent data and analysis.

More than a decade into the longest economic expansion on record, almost two-fifths of people said in a new Bankrate poll that their main financial priority was just keeping their heads above water on living expenses rather than saving money.

Nearly as many of those surveyed said that they’re not following financial budgets, according to Bankrate’s September Financial Security Poll.

The lack of financial preparedness highlighted by the survey could spell trouble for many households, whether concerns about a global economic slowdown manifest or not. Financial advisers say people without a budget and savings are often less equipped to handle financial emergencies in their own lives.

Keeping your head above water

Economists increasingly believe the U.S. will experience a recession within the next year to year and a half.

A downturn could mean many companies will cut jobs as lenders become more reluctant to approve loans and new lines of credit. The combination could leave unprepared families scrambling to make ends meet during income interruptions.

But Hamrick points out that families who aren’t financially prepared could be left struggling even in good economic times because they’re not ready to handle emergencies such as an unexpected medical bill or major home repair.

Among survey respondents in the nationally representative poll, 38 percent said their top financial priority is “just staying current on living expenses or getting caught up on all the bills.”  Almost 3 in 10 respondents (29 percent) said their chief priority was “saving more money,” and 19 percent indicated they were mainly working on paying down debt from products like credit cards and student loans.

Bankrate conducted the survey released Wednesday via telephone by SSRS on its Omnibus survey platform. Interviews were conducted from Sept. 3-8 among a sample of 1,017 respondents.

“For people who have a sense that they are current on their bills, the logical next step would be to save more money,” Hamrick says. “Some individuals are spending more money on things than they ought to be. Other individuals are essentially trapped because their incomes aren’t higher or their living expenses are high.”

Difficulty of saving at lower incomes

“Those with really low incomes or really limited resources don’t have many options,” says Sara Croymans, an educator specializing in family resiliency with University of Minnesota Extension.

She suggests those who need help creating a budget or understanding how to get out of a paycheck-to-paycheck cycle seek financial assistance through an extension program in their area, their financial institution, state agencies or certified professionals.

How to increase your financial literacy

Millennials who graduated during the last recession and its aftermath may be the most in need of basic financial planning help. More than half (51 percent) of adults between 23 and 38 said they were not using a budget, Bankrate’s survey finds.

Paradoxically, millennials were also the most likely to say their top priority is saving money. Thirty-five percent of young adults were focusing on saving versus 30 percent of Generation X, 20 percent of baby boomers and 27 percent of the silent generation.

As of 2016, only 17 states required students to take a personal finance course in high school. And only 20 states required an economic class, according to the Council for Economic Education.

“I’m concerned about the lack of economic knowledge and financial literacy putting people at a disadvantage even without a recession,” says Anna Lusardi, chair professor at the George Washington University School of Business.

Lusardi’s research shows wealth inequality between individuals can partly be explained by the different levels of financial knowledge. Knowing how to create and maintain a budget is a starting point, she said, but people need much more skills and information to successfully manage their money on a day-to-day basis and the long term.

The financial world from understanding our student loans, to taking out a mortgage to buying a home and even funding our retirement can be complex.

“If we don’t teach these concepts, people have to learn them by themselves,” Lusardi says. “You’re at a disadvantage if you don’t have this knowledge because you’re making financial decisions every day.”

Create a budget, live below your means and save more

You can create a budget yourself by sitting down and looking at where your money goes every month. It’s best to look at about six months to a year of expenses captured by receipts, credit statements and bank accounts to get an idea of where your money is going. This process can help you see areas where you can cut back as well as plan how much money you’ll need each month for necessities. It’s crucial to develop a plan to live below your means rather than above them, which creates a constant cycle of borrowing and stinting on or avoiding savings.

If you are able to set some money aside, many experts suggest automatically diverting a portion of your paycheck to a high-yield savings account through direct deposits. This pool of money which will accrue over time and earn interest will serve as your emergency fund. Experts recommend you have six months to a year of your expenses set aside in this fund.

There’s no reason to go it alone. A number of apps make budgeting easier so you don’t have to sit down each month with a shoebox full of receipts. And your financial institution, local university extension program or a professional in your area can help you with the process.

This study was conducted for Bankrate via telephone by SSRS on its Omnibus survey platform. Interviews were conducted from Sept 3-8, 2019, among a sample of 1,017 respondents. The margin of error for total respondents is +/-3.37% at the 95% confidence level. All SSRS Omnibus data are weighted to represent the target population.