5 handy ways to save on home rehab 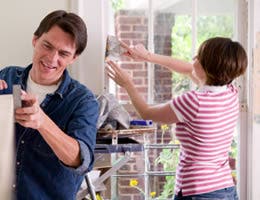 No question, housing sales have soured. So if this lemon of a market has you involuntarily housebound, why not make lemonade by fixing up your digs?

Bargain basement prices on home renovations are the silver lining of today’s horrible real estate market. According to the National Association of Home Builders, bids from contractors are coming in at 10 percent to 40 percent below what they were during the housing boom. And smart consumers have apparently taken notice. A recent American Express survey found 62 percent of homeowners will embark on a home improvement project this year. They’re focusing on do-it-yourself, or DIY, projects, like indoor cosmetic work, and spending an average of $6,200.

With remodeling, your best tool is neither a saw nor a hammer, but rather knowledge. Follow these tips to hone in on home improvement savings.

Less is the new more 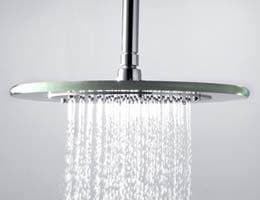 Gone are the days of lavish renovation projects like adding a second story, with budgets bigger than your average McMansion. Harvard’s Joint Center for Housing Studies found that remodeling expenditures more than doubled from 1995 to 2007, reaching $326 billion. However, they declined by 16 percent by the end of 2008, and the NAHB’s Remodeling Market Index slipped in the second quarter of 2010.

With conditions weak, homeowners who have considerably less home equity to finance improvements are bucking for a bargain and prizing the practical, says Scott Duncan, owner of Duncan’s Creative Kitchens in Bradenton, Fla. “The one major trend I am seeing is ‘budget-conscious,'” he says. “Everyone is weighing the benefits versus the costs of any upgrade they consider. Practicality is reigning supreme.”

Your best bet is to focus on thrifty upgrades that will make you glad you’re home. For example, a whirlpool bath you’ll never use is money down the drain. Opt instead for a handheld shower head with multiple settings. Top-of-the-line luxury can be had for a few hundred dollars.

The crew is you 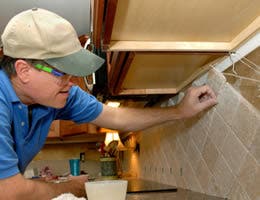 Before you do anything, ask this question: Who’s the boss? Perhaps it should be you. If all your home needs is a little TLC, DIY may be better for your billfold.

“DIY saves a fortune,” says Roger Lew, a builder of high-end homes in Sag Harbor, N.Y., noting that labor accounts for up to half the cost of redoing a bathroom. “But you have to have the time and the inclination.”

If DIY is how you want to go, get free or cheap help from resources like your local hardware store or home improvement chains. Most offer free information and tutoring. For example, Lowe’s Shop Class is a woodworking course taught via video and e-mail. The Home Depot Home Improver Club offers free in-store workshops that cover painting tips, flooring solutions, cabinet refacing ideas and more. The site will also walk you through projects like “Update your kitchen backsplash for under $300.” Female DIYers might want to check out a workshop called Do-It-Herself. 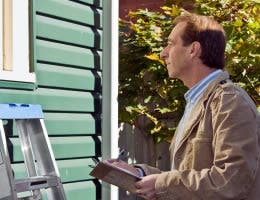 For major jobs, you may need to hire a contractor to oversee the project. If so, nail down the specifics of what you want before hammering out a contract. That means listing details, including costs, about every product down to paint, lighting and brand names of the appliances you expect to be installed.

“You have to do some homework and define what you want, so that when you get bids, you’ll be comparing apples and apples,” Lew says. Consumer Reports warns homeowners not to sign a contract with a lot of open-ended amounts for products and materials, and ask for a list of previous customers and call them.

Get estimates from at least three contractors, but remember that cheaper isn’t necessarily better. They may be using inferior materials or simply low-balling the bid to get the job.

Consumer Reports adds that you should never make the final payment until you have received waivers and releases from all subcontractors and suppliers. That way, you don’t get slapped with a lien in the event the general contractor didn’t pay them. 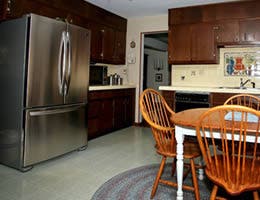 With rehab projects, resale value is on everyone’s mind. But the reality is that the payback on renovations has fallen along with home prices, according to a study by Remodeling Magazine. The study found the average return on an upgrade declined from 87 percent in 2005 to 64 percent in 2009. The study also found that midrange upgrades now bring a better return, percentage-wise, than upscale renovations.

That means be cautious about where you sink money into renovations like a new kitchen, says Duncan. He suggests clients get the single top-grade appliance they really want rather than replacing everything. Most go for super-cool refrigerators. “I have been calling this trend ‘personalized upgrades,'” Duncan says. “It’s kind of the opposite of keeping up with the Joneses.”

And you can’t knock the value of a good door. According to Remodeling, a door of around $1,200 brought the greatest return — an impressive 128.9 percent.

Give energy savers the green light 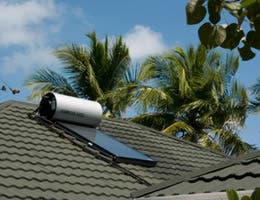 According to a 2008 survey by the NAHB, 72 percent of consumers say energy-efficient features in a home would influence their purchase decision. So what simple things can you do in remodeling to go greener? Use paints with low levels of volatile organic compounds, or VOCs. These are chemicals that easily evaporate at room temperature, potentially causing health problems, particularly for people with respiratory concerns.

Another green move: Buy appliances that are Energy Star-rated. Energy Star is a designation by the Environmental Protection Agency and Department of Energy for energy-efficient products. Also, if you’re remodeling the bathroom, go with the low-flow when it comes to fixtures such as toilets and faucets.

If it’s an option, use the sun to rein in utility bills. A solar water heater system will typically cost more than a conventional system to install, according to the DOE. But it can trim your hot water expenses by 50 percent to 80 percent, so they can pay for themselves within a few years, depending on your usage. Don’t forget the 30 percent federal tax credit on the purchase, and check to see if your state and local governments offer incentives. “Most people have enough area on the roof to put in solar panels for a water heater,” Lew says. 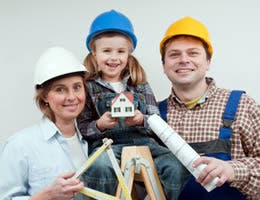