Shop for the lowest price on car repairs 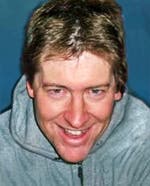 Pessimists might say cars are like black holes that constantly find ways to suck money from our wallets. While that may be a bit too dramatic, it’s true that owning a car costs a lot of money. From auto insurance to regular maintenance and car repairs, costs can really add up over time.

March Frugal Sense winner Andy Patterson has a couple of strategies to help you get the lowest price the next time your car goes to the shop.

Andy Patterson won $100 for submitting the following tip:
Shop around for auto repair
“I used to be at the mercy of auto mechanics when car trouble arose. But now, I call several mechanics to get prices. Then, I ask my mechanic to match the lowest price. It’s worked for me. Also, consider a specialist. I had a muffler and other parts that my mechanic was going to replace for more than $300. I went to a muffler repair shop and it was able to repair the old one for half the cost.” — Andy Patterson, of Avondale, Pa.Read more tipsSubmit your tip

Bankrate: What made you think about going to a specialist to repair your muffler?

Andy Patterson: I actually had an honest mechanic make the suggestion to me. My car was making a noise because of a problem with the muffler or the exhaust system. I took my car to a mechanic who I usually use. He told me what the price would be to replace it. Then almost as an afterthought — he probably never thought that I would do it — he said that maybe a muffler shop could repair the muffler without replacing it. So I decided to pursue the idea.

Bankrate: Aren’t there a lot of specialists you could go to for car repairs?

Andy Patterson: There are muffler shops, brake shops, places that specialize in transmissions. I use tire repair centers from time to time. It takes a little extra time, but you might save money by going to a tire repair center. I usually end up going on a weeknight and hang around for an hour while they do it. A lot of times they have a bigger choice of tires and it might be a little cheaper. Also, a mechanic can replace a car door handle but they usually charge more than a collision shop. Collision shops do big jobs, but they also do the little jobs too, and it’s usually a little more affordable.

Bankrate: How did you come up with the idea to shop around for the best prices on repairs?

Andy Patterson: My wife had repairs that needed to be done on her car and so we were talking about it. Normally, any time a car repair comes up, we automatically use the mechanic who we normally go to because we’re under the gun and rushed about the whole thing. But, we have two cars so we figured we could swap back and forth for a day or two while we tried to get a better price. We went to a brake shop. They told her what they would charge for the repair. We went back to the mechanic we normally use and he agreed to charge that price.

Bankrate: Did your regular mechanic get annoyed by being asked to match another price?

Andy Patterson: I won’t say annoyed. I spoke with the counterperson. They went back to the boss and asked. She made it sound like he’d agree to do it even though it wasn’t something he’s customarily asked to do. I think from time to time they’re asked to match another price. But most people don’t think of it or they feel bad about asking.

Bankrate: What are some other things that you do to be frugal?

Andy Patterson: Our cable company typically offers promotions to get new people to subscribe. They do it every six or 12 months. As soon as our rate goes back to the normal rate, I call up the cable company and ask for the discounted rate. More often than not they give it to me on my first attempt. Ultimately, on the third attempt I get the discounted rate. So for cable and high-speed Internet — and it’s digital cable with 180 channels — it’s $72 a month. The full rate is normally about $120 per month. The cable company knows that I can probably get the same rate with one of their competitors so they’ll give me that rate. So if there’s competition and you keep annoying the cable company, it usually works in the customer’s favor. There have been a couple of months where I’ve paid the full rate. But for 33 out of the past 36 months, I’ve paid the promotional rate. When I see a bill come in with the full rate, I’ll just call and ask for the reduced rate.