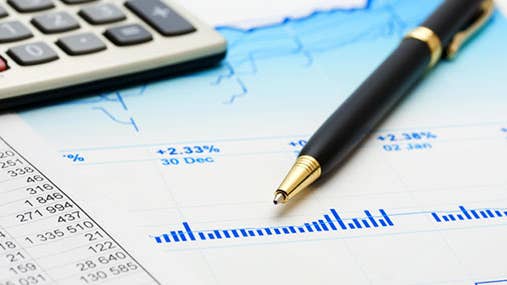 Reforming money market mutual funds has been a thorny issue for regulators, so much so that nearly five years after the financial crisis began, it’s still a work in progress. This month, the Securities and Exchange Commission voted on and passed two proposals they think could help fundamentally fix the funds’ vulnerability to runs in times of financial trouble.

Regulators’ deliberate pace may be a reflection of just how important the issue is. Money market mutual funds, or MMFs, play several critical roles in the U.S. economy, including providing short-term credit to businesses in the commercial paper market and giving corporations, pension funds and individual investors a safe place to stash their cash.

In fact, around a third of the approximately $2.6 trillion held in MMFs comes from individual “retail” investors, says Daniel Serrao, associate managing director of Moody’s Managed Investments Group. Many brokerages use MMFs as “sweep accounts” to hold dividends and other cash that’s not currently invested in the market, he says.

During the financial crisis, MMFs ran into serious trouble when Lehman Brothers, a big issuer of the sort of short-term debt obligations favored by MMFs, collapsed. As a result, Lehman Brothers’ debt became essentially worthless, blowing a massive hole in the balance sheet of a major MMF known as the Reserve Primary Fund. The fund was then forced to “break the buck,” touching off a run on other MMFs.

“Breaking the buck” is an expression that means a money market mutual fund’s net asset value has fallen below the typical $1-per-share target.

Eventually, the U.S. Treasury was forced to step in and guarantee the funds to stop the run. Since then, regulators have taken a number of steps to prevent future bailouts, including placing restrictions on the length of maturities MMFs can invest in and requiring them to hold more liquid assets, says Serrao.

Nature of the problem

The commercial paper and other securities MMFs hold aren’t traded the way stocks or bonds are, and that creates a couple of problems that aren’t easy to fix, she says.

For one, it’s hard to put an accurate price on something that’s not being regularly bought and sold. Because of that, investors never quite know how much an MMF’s assets are worth, and that uncertainty can help spur runs.

Secondly, when lots of investors line up to get their money back, it’s hard for the MMFs to raise enough cash to give them.

“Critics of money funds would say the funds have a promise of daily liquidity, but sources of liquidity are limited,” Baklanova says.

That limited liquidity gives investors a big incentive to try and be near the front of the line for redemptions to make sure they get their money back in full, she says.

Proposed solutions from the SEC

To solve those problems, the SEC has come up with two different proposals.

1. Allow the price of money market mutual fund shares to freely float. Today, most debt investments appear on an MMF’s books at what they cost to buy, plus or minus an adjustment for amortization. Under this plan, the book value of those investments would be based on what they could actually be sold for in the market instead, causing the value of MMF shares to float instead of staying fixed at $1, says Baklanova.

That would prevent runs by disincentivizing shareholders who might want to redeem their shares to exploit the difference between the value of an MMF’s investments on paper and their market value, she says.

The plan would also force MMFs to value their shares all the way to the fourth decimal place to give investors a more accurate picture of their investment’s value. Those thousandths of a cent may not seem important for individuals, Baklanova says, but for institutional investors with millions or even billions of dollars on the line, they can make a big difference.

2. Put up a gate around MMF funds. This plan would discourage runs by allowing the boards responsible for overseeing MMFs to impose a 2 percent fee for redeeming shares if cash reserves got below a certain point. Those funds could then be used to bolster the fund’s liquidity reserves and prevent a “fire sale” of assets to try and meet demand for redemptions. It may also convince investors to leave their MMF shares alone and liquidate other investments in their portfolio to get the cash they need.

If that didn’t work, boards would be empowered to suspend redemptions until enough of the MMF’s investments matured to provide adequate liquidity. And while they may be new in the U.S., such gates are common in Europe as a way to prevent runs, Baklanova says.

So which will the SEC go with? Baklanova thinks it will be a blend of the two.

“The SEC does not look at these alternatives as mutually exclusive,” says Baklanova. “In order to cure the major cause of concern, which regulators believe is susceptibility to runs in money funds, neither of the proposals on its own is extremely effective.”

Let your voice be heard

Investors who want to weigh in on the proposal have 90 days from the time the proposals are published in the Federal Register to do so. Comments can be sent via the SEC’s website or mailed to Elizabeth M. Murphy, secretary of the SEC, at 100 F St. NE, Washington, D.C., 20549-1090.