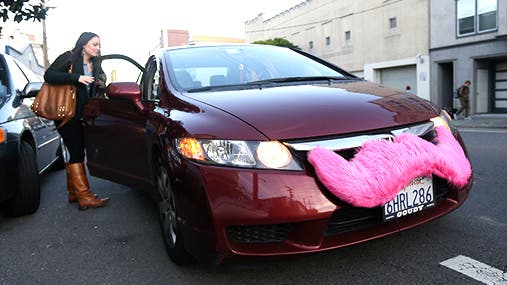 Getting around town has gotten a lot more high-tech thanks to a wave of startups using mobile technology to offer rideshare services.

They don’t operate exactly like traditional taxicabs and car services, and lawyers familiar with auto accident litigation say the companies’ business models raise questions about insurance coverage for passengers, drivers and even bystanders who may be injured in a crash.

Commercial rideshare services such as Uber, Lyft and Sidecar use apps to match paying passengers with drivers, many of whom use their personal cars.

The taxi alternatives boast lower prices than cabs. For example, Lyft — the one that puts fuzzy pink mustaches on its cars — says its rides tend to be “a bit cheaper (and a whole lot more fun)” than a taxi.

“It’s a really interesting idea for a business because they’re using the Internet and mobile apps to create a more efficient experience,” says John J. Fischesser II, an attorney with the Pitzer Snodgrass firm in St. Louis.

Compare auto insurance rates to get the best deal.

Regulators in California, where all three companies are based, have been sounding an alarm about possible insurance gaps.

“Auto insurance companies generally issue different policies for commercial drivers as opposed to consumers,” says Thomas J. Simeone, a Washington, D.C., personal injury lawyer. “There is definitely a chance that an insurance company may deny coverage for a claim if the insured was driving as a taxi at the time of the accident, even if only part time.”

San Francisco accident lawyer Walter Haynes says it’s only a matter of time before questions about coverage become more commonplace, given the popularity of these services.

“These companies are creating a really interesting situation where their drivers are covered under the company’s umbrella policy one minute and their personal policy the next,” says Haynes. “But it’s not clear that there’s necessarily a gap in coverage.”

Uber, Lyft and Sidecar all say they provide up to $1 million of liability coverage that can either supplement or supersede a driver’s insurance.

“What they’re saying is that even if the driver’s policy isn’t enough to cover the costs, or coverage is denied altogether, that their company policy will step in and provide coverage,” says Fischesser.

That should put customers and drivers at ease, he says, while cautioning about potential fine print.

A lawsuit recently raised the question: What happens when a driver is between fares?

The wrongful-death case alleged that Uber’s insurance should cover a claim filed by the family of a 6-year-old girl in San Francisco who allegedly was struck and killed last New Year’s Eve by a driver who was between passengers.

Both Uber and Lyft have since extended their insurance to cover drivers waiting for their next fare.

Such coverage questions would be clearer under a commercial policy, Sutton says.

He adds that in California, commercial policies can cost about $12,000 annually.