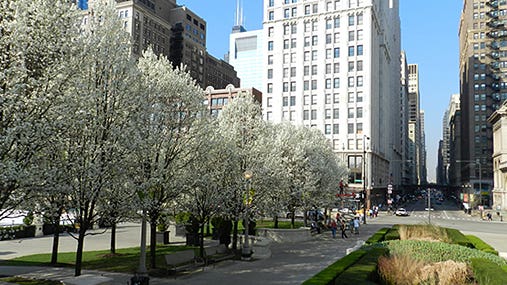 Municipal bankruptcies are nothing new, but several filings over the past year — punctuated by the July 2013 bankruptcy in Detroit — have transformed Chapter 9 of the U.S. bankruptcy code for municipal reorganization from a relatively obscure body of law into a hot topic. Residents of struggling cities are wondering what the possibility of bankruptcy means for them.

“We’ve had cities go bankrupt in the past, but usually those are isolated events that occur because the city lost a big lawsuit or had a local catastrophe,” says Franklin C. Adams, a bankruptcy lawyer in Riverside, Calif. “What’s different and quite troubling is that larger economic conditions seem to be the cause, and we haven’t seen that since the Great Depression.”

Congress enacted federal bankruptcy legislation for municipalities in the 1930s. Between 1991 and 2012, there have been 217 muni bankruptcies, according to data from the U.S. court system. Of those, 20 were filed just last year. These are some of the more recent filings have been noteworthy:

In many ways, a Chapter 9 filing is akin to Chapters 11 and 13 of the bankruptcy code, which deal with business and personal reorganizations, respectively. Under all three scenarios, debtors get a reprieve for paying creditors while they propose and implement a restructuring plan. But unlike private citizens and companies, municipalities are sovereign entities, which present an unusual wrinkle, Adams says.

“Realistically, the court doesn’t have as much power to force the city to do anything,” Adams says. “So, unlike other provisions of the bankruptcy code where the creditors have a vote on the reorganization plan, the city has a lot more latitude.”

Once a municipality is bankrupt, it can cut costs, which usually means fewer services such as firefighting, garbage collection and library branches. Or it can increase revenue by raising taxes. Usually, it’s a combination of both, Adams says. But real change is often a matter of political will.

What happens to services?

“Municipal bankruptcies usually mean a reduction in the size, scope and quality of services because that’s where the biggest costs are,” says Adams.

But the bad economy has forced many cities to cut services to the bone, says Luis Salazar, a bankruptcy lawyer in Coral Gables, Fla., who served as a city councilman in Leonia, N.J., when that town faced a budget crisis in the late 1980s and early 1990s.

“A lot of these cities have already made severe cuts, so it’s not clear how much worse services can get,” Salazar says. “You still need cops, and you still need to put out fires.”

But there is a silver lining in bankruptcy, according to Salazar. The city gets breathing room from creditors.

“Breathing room may not save services that are on the chopping block, but it makes it possible for the city to reset and eventually get back to a point where it can offer services at a lower cost,” Salazar says.

What happens to taxes?

While increased revenue would be a boon to any city facing bankruptcy, it’s unclear whether taxes would go up immediately. For one thing, “You’re asking people to pay more at a time when they are getting fewer services,” Salazar says.

Even if a city can muster the political will to raise taxes, doing so may not help revenues, says Dennis Hoffman, an economics professor at Arizona State University in Tempe, Ariz.

“Increased taxes may come later on, but there’s often a stigma associated with municipal bankruptcies, and that can mean an erosion of the tax base if people leave,” Hoffman says.

“When that happens, the burden of providing services falls to the county, and in some areas, the state may have to pick up the slack,” Adams says. “So, it’s possible that those costs may be passed on indirectly to taxpayers elsewhere.”

One big long-term consideration that can impact both services and taxes is how the municipal bond market treats a city that has filed for bankruptcy.

“Municipal bond issuers have a long memory,” Hoffman says. “So it’s possible that a bankrupt city will pay more to borrow or won’t be able to borrow at all.”

Salazar says that paying more to borrow or not being able to borrow at all can be a huge long-term blow to a city.

“Cities need to borrow to pay for infrastructure projects,” he says. “But they also need to borrow to finance their day-to-day budgets because bonds are how many cities manage cash flow. Remember, tax revenues don’t always come in when it’s time to pay police and fire.”

Increased borrowing costs may just be a fact of life for some cities in the years to come. But what really worries Hoffman is how the municipal bond market responds to cities that didn’t file.