The consumer-friendly side of credit unions

When it comes to checking, credit unions have a big fee advantage over large banks.

Most large banks charge a monthly fee for checking, in addition to the other bank fees they require for using another bank’s ATM or overdrawing your account.

For their part, consumers have caught on. Credit unions have seen business pick up, with membership growing from less than 84 million members in 2004 to more than 93 million members in 2012, according to statistics from the National Association of Federal Credit Unions in Arlington, Va.

Still, many customers are afraid that switching to a credit union will involve sacrificing convenience. Of those who don’t bank at a credit union, 37 percent say it’s because credit unions need more convenient locations, according to a 2011 survey by the Credit Union National Association headquartered in Washington, D.C., and Madison, Wis., and nearly as many demanded more ATMs and better technology. 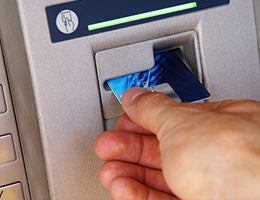 It’s true that individual credit unions may only have one or two ATMs they operate individually. But these days, most credit unions offer access to a broad ATM network shared with other credit unions called the CO-OP ATM Network.

That network maintains nearly 30,000 ATMs nationwide, including more than 9,000 that can take deposits, and has inked deals with retailers such as Walgreens, 7-Eleven and Costco to keep terminals inside their stores.

“A lot of credit unions, by nature, are very small, and so they have a very limited branch footprint and a very limited number of ATMs,” says Greg McBride, CFA, Bankrate’s senior financial analyst. “However, by joining into much larger ATM alliances, they can really level the playing field against much larger banking competitors.”

If that’s not enough to help you avoid ATM fees, Bankrate’s 2013 Credit Union Checking Survey found that some credit unions will waive a certain number of out-of-network ATM fees and even reimburse you for fees charged by other ATM operators.

Credit unions are technologically behind 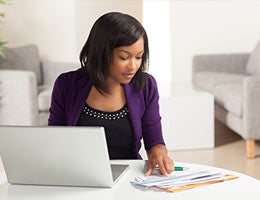 Many credit unions don’t have the technology budgets to be at the forefront of every new technological innovation, but that doesn’t mean they’re behind the times, says Ted Thames, senior director at Cornerstone Advisors, a financial industry consulting firm based in Scottsdale, Ariz. Thanks to off-the-shelf products from financial software providers, many credit unions are able to offer a technology package to customers similar to that of large banks.

“I don’t believe that they’re ahead of the top 10 banks, where there’s such a huge investment in online service,” Thames says. “There are good (personal finance management) tools out there that are allowing them to compete. Most of them have applications for mobile banking, applications for iPhones and Android phones.”

In fact, a 2012 survey by Boston research firm Chadwick Martin Bailey found 85 percent of credit union customers were satisfied with their access to online and mobile banking services, compared to 66 percent of large national banks.

Fred Becker Jr., president and CEO of the National Association of Federal Credit Unions in Arlington, Va., says most credit unions see upgrading technology as crucial to their continued survival in the financial services market.

“Technology is a leveler,” Becker says. “It lets smaller institutions play with the big guys.” 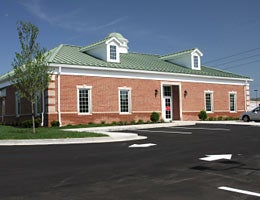 Having a branch nearby is one of the most important criteria for many people when choosing a bank. A 2009 study by the Rand Corp. in Santa Monica, Calif., found that 59 percent of those surveyed ranked branch convenience as one of their primary reasons for why they’d chosen their financial institution.

That’s traditionally been seen as a limitation for the many individual credit unions that don’t have more than a few branches. But just as they do with ATMs, many credit unions have banded together to share branches, McBride says.

“Due to their cooperative nature, many have shared branching capabilities so that consumers can use a branch of another participating credit union for deposits and withdrawals, just as they would their own,” he says. 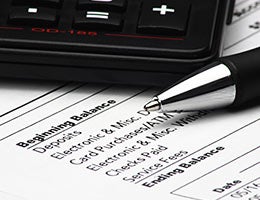 Credit unions may be consumer-friendly, but they’re not running a charity operation.

Just as with banks, credit union members who overdraw their accounts, constantly make out-of-network ATM withdrawals and do other things to trigger fees will end up paying for it, McBride says.

“Overdrawing your checking account will cost you anywhere, regardless of bank or credit union,” he says. “Credit unions are nonprofit cooperatives, but nonprofit doesn’t mean they run at a loss. They must cover their costs, so while ancillary fees are less likely, it doesn’t mean you are completely immune from any and all fees.”

Becker says credit unions are feeling pressure to raise fees because of the escalating cost of regulation and because ultralow interest rates are squeezing what’s historically been their biggest source of income — lending members’ money to other members.

“Credit unions are doing everything possible to keep the costs low as best they can for their members,” Becker says.

So no matter where you get your checking account, it’s important for consumers to take a close look at the fine print, including the fee schedule, before signing on the dotted line.