Twice this summer, my family had a flight canceled the night before it was scheduled to leave. In both cases, the cause seemed to be logistics, rather than weather. Many airlines pared their payrolls in a big way when the pandemic set in. Now that customer demand has mostly rebounded, airlines are having a hard time keeping up. There’s only so much that we, as travelers, can do about this — but the right credit card can help.

A summer of discontent for airline passengers

According to FlightAware, a quarter of U.S.-based airlines’ flights were either delayed (22.8 percent) or canceled (2.2 percent) from June 1 through August 31 of this year. During the comparable period in 2019, the last pre-pandemic summer, 18.0 percent of flights were delayed and 1.7 percent were canceled. In a letter to airline industry CEOs, Transportation Secretary Pete Buttigieg called the current situation “unacceptable” and urged carriers to provide affected passengers with meals and lodging.

Even though it felt like travel was back to its pre-pandemic popularity during the summer of 2022, the Transportation Security Administration screened almost 25 million fewer air travelers from June 1 through August 31, 2022, than it did during the same period in 2019. That’s a 10.6 percent decline. Airlines have recalibrated their schedules to better match demand. U.S.-based airlines scheduled 13 percent fewer flights in June, July and August of 2022 than they did in the same three months of 2019. Yet airlines still didn’t do a very good job of meeting customer demand.

In other words, your flight was more likely to be disrupted this year and there were fewer alternatives if something went wrong. That made my family’s travel experiences particularly frustrating.

What happened to us

After informing us of the cancellations, neither airline was able to rebook us for several days. Both times, we elected to cancel the original itineraries (receiving a full refund) and rebooked ourselves on a competing airline on our own dime. The last-minute purchases ended up costing us hundreds of dollars extra, yet we justified the expenses as unavoidable travel costs.

In one case, we would have been stranded far from home and would have needed to find (and pay for) a place to stay for a few extra days if we had taken the original airline up on its offer to rebook us three days later. This also would have been very disruptive to our work and school schedules. Driving home wasn’t a good option, either, since it would have taken 14 hours and we have two young kids. We would have needed to pay for a rental car and gas, too. Swallowing the cost of the more expensive airline tickets felt like the best course of action.

The other cancellation happened while we were still at home, so we could have scrapped the whole trip and saved some money, but then we would have missed out on a family visit we had been eagerly anticipating. Flying out on the planned date was a lot better than waiting three extra days, since the trip was only supposed to last five days. So we elected to purchase the new tickets despite the added cost.

Could I have done anything differently?

The first time this happened, I stumbled across some related tales of woe and saw that some people recommend making a second airline reservation right from the get-go because so many travelers are experiencing difficulties. That sounded crazy. Even though you can cancel the backup reservation if it’s not needed, most of the time you would get your money back in the form of a voucher for future travel (rather than actual money), so this ties up a lot of cash.

While I scoffed at the advice initially, I started to consider it a lot more seriously when my next airline trip was also disrupted similarly. Approximately eight out of every 10 travelers have experienced problems this year, according to a Bankrate survey, and that only covered the first five-and-a-half months of the year. Issues included high prices (57 percent), long waits (29 percent), poor customer service (27 percent), hard-to-find availability (26 percent) and lost money due to canceled or disrupted plans (14 percent).

I still don’t think I’m ready to book eight airline reservations when I only need four (for myself, my wife and our two daughters), but there is a way that the right credit card could help me (and you) avoid similar issues in the future.

According to Bankrate’s 2022 Holiday Travel Survey, roughly a third of those planning to travel this holiday season say the expense will strain their budgets. Additional charges due to canceled or delayed flights and other mishaps are the last thing consumers need.

The Chase Sapphire Preferred® Card is a great example. For a fairly modest $95 annual fee, it offers a lot of travel insurance (among other perks). In my estimation, its trip cancellation/interruption benefit (up to $10,000 per person and $20,000 per trip) should have applied to both of my situations. If I had paid for my airline tickets with this card, I believe that Chase would have reimbursed me for the difference between my canceled flights and my new bookings (although I would have had to request that refund through a claims administrator).

There’s a chance it would not have been approved, perhaps if the company argued I should have taken the airline up on its offer to fly a few days later rather than rebooking myself more immediately at a higher cost on a different airline. These programs aren’t always easy to navigate; a coworker needed to be very persistent and had to submit several rounds of documentation to win a reimbursement claim involving the Chase Sapphire Reserve® and a trip disrupted by a hurricane. I wish it were easier, but this coverage can still be very valuable.

The Platinum Card® from American Express and the Capital One Venture X Rewards Credit Card also made our list of the best credit cards for travel insurance.

If you’re planning to fly this holiday season, brace for more travel troubles. Between busy crowds, a still-understaffed airline industry and the inevitable weather snafu, I fear further disruptions are inevitable. While there’s only so much we can control, I’m encouraged by the fact that most airlines and hotels have made their change and cancellation policies more generous in recent years (although that doesn’t solve everything).

Combining those protections with a credit card that offers generous travel insurance perks is probably your best bet. It may not fill every gap, but it’s often the best you can do. I think it only makes sense to pay for travel insurance if you have a particularly complicated or expensive itinerary (especially an international trip). Often, that coverage is comparable to what you may already qualify for between your credit cards and the travel suppliers’ policies.

While we’re still mainly at the mercy of the airlines, paying with a credit card that has strong travel insurance benefits can provide additional assistance without adding to the cost.

SHARE:
Written by Ted Rossman Credit Card Senior Industry Analyst
Read more from Ted
Ted Rossman is a senior industry analyst at Bankrate.com. He focuses on the credit card industry and helps consumers maximize rewards, get out of debt and improve their credit scores.
Edited by
Mariah Ackary
Edited by Mariah Ackary Editor
Mariah Ackary is a personal finance editor who joined the Bankrate team in 2019, excited by the opportunity to help people make good financial decisions. Send your questions to mackary@bankrate.com
Mariah Ackary
Editor 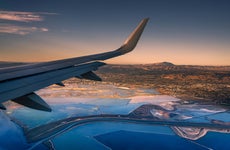 Chase Ultimate Rewards travel portal review: A messy trip, but not their fault 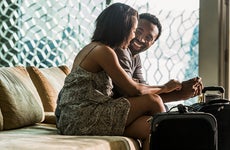 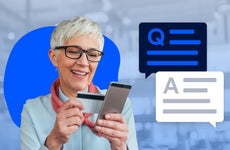 Should I purchase travel insurance? 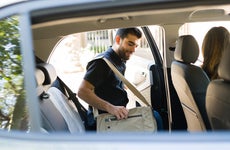