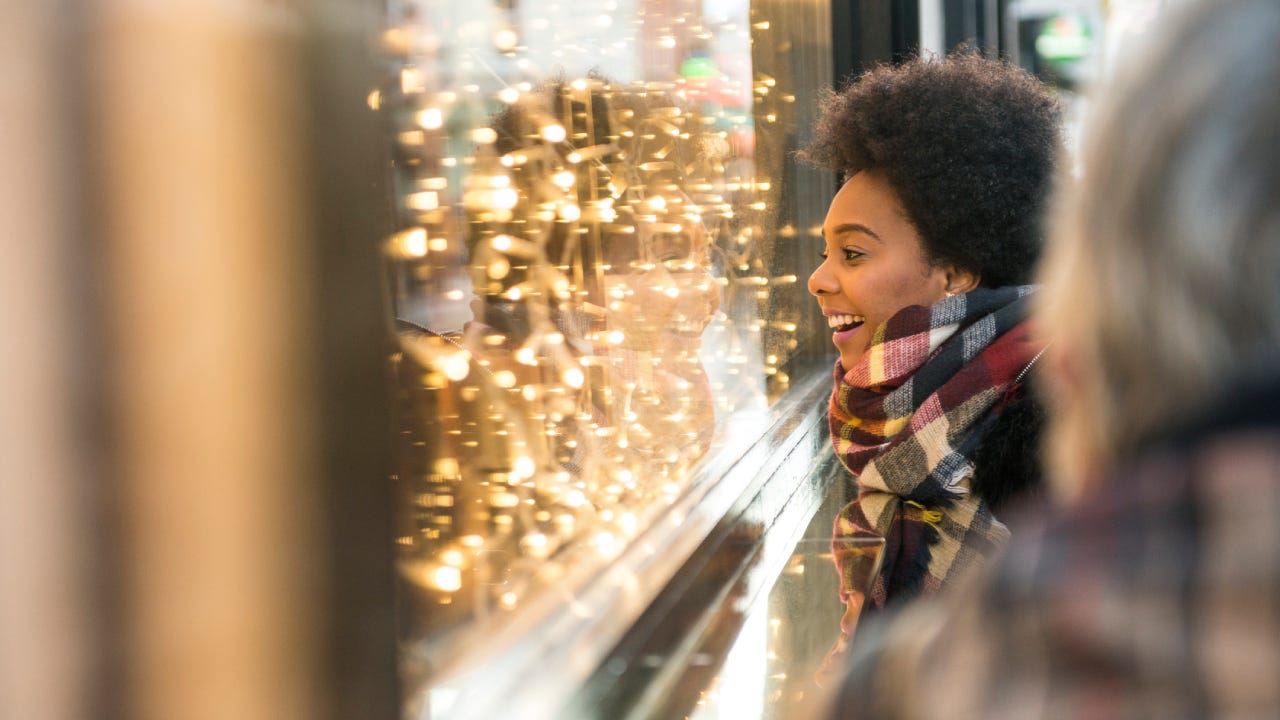 This year’s holiday season may still be around the calendar’s corner, but a surprising number of Americans are getting a head start. A new Bankrate survey found that half of winter holiday shoppers plan on starting their holiday shopping by October 31.

Despite many consumers’ preparedness, economic factors are harder to control. Of those who plan on holiday shopping this year, two in five say that inflation will impact their shopping decisions.

Here’s how consumers are adapting to rising inflation and insufficient savings, along with money-saving strategies that can help you stay out of the 27 percent of holiday shoppers who will go into debt for these purchases.

An early start to seasonal shopping

Halloween has traditionally marked the commencement of the holiday shopping season, which runs from Thanksgiving to New Year’s Day. Today, however, American consumers are preparing for their holiday expenses before pumpkins have been transformed into jack-o-lanterns. Half of those who plan to do holiday shopping said they will start by Halloween.

Some 11 percent said they started holiday shopping before the end of August, with 14 percent planning to begin in September, 25 percent in October and 38 percent in November. A mere 12 percent say they will wait until December to start shopping for the holidays.

Winter holiday 2022 consumer shopping habits are best understood in the context of inflation. As the cost of goods and services escalates, delaying holiday shopping may have become less attractive for some. Of those planning to do holiday shopping, 40 percent said inflation will impact their shopping decisions.

“Holiday shopping will look different this year with inflation around 40-year highs,” says Ted Rossman, senior industry analyst for Bankrate.com. “Consumers are still spending, but they’re being especially thoughtful about where each dollar goes.”

In fact, 95 percent of holiday shoppers who said inflation will change how they shop are actively looking for ways they can save money. Nearly 3 in 5 (59 percent) plan to buy fewer items, and 52 percent are pursuing more coupons, discounts, and sales.

The pressure to keep up with regular household expenses while also spending on the holidays is strong. Unfortunately, 27 percent of holiday shoppers said the shopping will strain their budgets, and 17 percent feel pressured to spend more than they’re financially comfortable with.

Although setting cash aside for such known upcoming expenses is recommended, it’s not always feasible, especially as inflation erodes expendable cash reserves for many. The survey found that just 35 percent of the prospective shoppers have saved money for their holiday expenses.

To close the gap, 84 percent of holiday shoppers are taking steps to reduce the cost of their purchases. The most common technique is to take advantage of as many coupons, discounts and sales as possible (41 percent). In a close second, 40 percent have decided to buy fewer items than in previous years. Additionally, 27 percent are starting their holiday shopping earlier, and 21 percent are opting for cheaper brands.

“I think starting your holiday shopping early is a good strategy, because it gives more time to research the best deals and spread out your cash flow,” says Rossman. “I’m also a big fan of stacking discounts such as rewards credit cards, online shopping portals and store coupons.”

Paying with credit is in

Credit cards are the most common payment tools employed by holiday shoppers, with 54 percent of shoppers planning to charge at least some of their holiday purchases to credit. But credit is helping in more ways than one: 17 percent of those who plan on holiday shopping said they’re redeeming rewards to offset costs. Another 17 percent plan to shop at stores where they have loyalty accounts or store-specific credit cards.

Of those who plan to use credit, 38 percent plan to pay the resulting bills in full, and 21 percent will pay over time. Debit cards are also attractive for many, with 50 percent of the holiday shoppers surveyed saying they will use one for at least some of their holiday purchases. Lastly, 43 percent said they will be paying with cash.

How to use credit the right way this holiday season

Worryingly, the survey found that 27 percent of holiday shoppers will go into debt for these purchases. Of course, the easiest way to avoid debt is to not make those charges. If you’re set on making certain purchases, however, using the right credit card can reduce your overall debt burden.

Sign-up bonuses award cardholders with a chunk of cash or points after they spend a certain amount within a fixed period. For example, the Bank of America® Customized Cash Rewards credit card offers a $200 bonus after you spend $1,000 within the first 90 days of opening the account. If you started using that card for ongoing expenses now, you could have a $200 cash bonus to put toward holiday shopping in no time.

A 0 percent APR credit card can be helpful if you want to buy things for the holidays and pay them off over time with no interest.  For example, Chase Freedom Unlimited® will give you 15 months of interest-free balances before the 17.24 percent to 25.99 percent variable APR kicks in. Delete the debt before the 15 months are up, and you won’t have to pay any extra financing costs.

If you have existing rewards cards, use them strategically. Concentrate your shopping in places and on things that generate the highest rewards value. As you do, you’ll build up points and cash that you can use throughout 2023 — or save up for next year’s holiday season.

Bankrate.com commissioned YouGov Plc to conduct the survey. All figures, unless otherwise stated, are from YouGov Plc. The total sample size was 2,415 adults, including 1,813 winter holiday shoppers. Fieldwork was undertaken between August 17-19, 2022. The survey was carried out online and meets rigorous quality standards. It employed a non probability-based sample using quotas upfront during collection, and then a weighting scheme on the back end designed and proven to provide nationally representative results.

Read more From Erica
Erica Sandberg is a credit and money management expert who began her career at Consumer Credit Counseling Service (CCCS). There, she helped individuals and families overcome their debt issues and developed budgets, then transitioned into the agency’s primary media spokesperson.
Edited by
Mariah Ackary
Editor