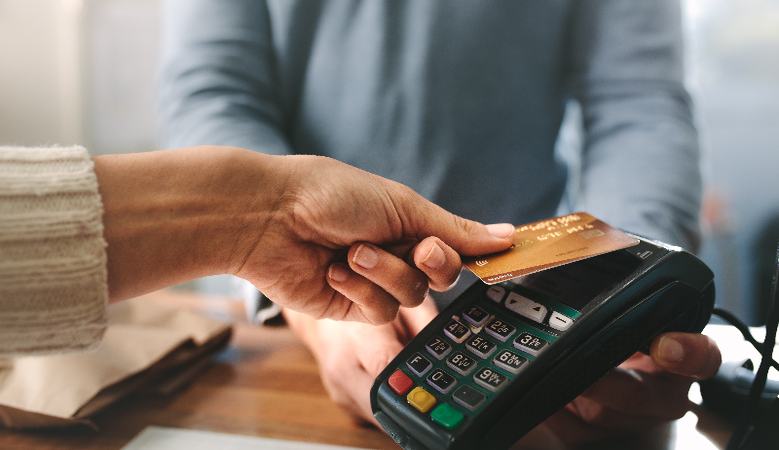 Americans carrying revolving credit card balances can expect to see little change to their interest rates in 2020 — as long as the Federal Reserve remains on hold.

Credit card interest rates stayed elevated throughout 2019, and even hit a 25-year high in May, according to Fed data. But the Fed’s three rate cuts in 2019 — reducing rates by a total 75 basis points across July, September and October — has brought some respite in recent months for cardholders. According to Bankrate data, average credit card rates have fallen slightly in recent months, from 17.8 percent to 17.36 percent between Sept. 4 and Dec. 18.

In its last meeting of 2019, the Fed signaled that it was done adjusting rates, a trend that it plans to continue through 2020.

“Consumers won’t see much movement in rates on their existing credit cards without action from the Federal Reserve,” says Greg McBride, CFA, Bankrate chief financial analyst. “The average will end the year slightly higher as issuers account for the late stage of the economic cycle, attaching higher margins for consumers with weaker credit profiles in any new product launches. Low rate introductory offers, including 0 percent for those with good credit, will remain in force throughout 2020.”

You can expect any interest rate fluctuations on your credit cards to mirror changes made by the Fed.

Issuers determine credit card interest rates based on the prime rate plus a margin they determine themselves. Typically, the prime rate is around 3 percentage points higher than the fed funds rate. And the margin spread that issuers set has grown in the past few years, especially for those without strong credit profiles.

In Mercator Advisory Group’s 2020 U.S. Credit Card Outlook, the research group predicts the divide will only widen: “Despite a decrease in the prime rate, credit card interest rates increased as issuers raised the top of their ranges in anticipation of deterioration in credit quality. Although credit quality did not deteriorate measurably, card issuers now have a built-in shield against erosion.”

“The card business, it really does rely on the health of the economy, because it’s driven so closely,” says Brian Riley, credit advisory service director at Mercator Advisory Group and author of the report. “Look at the amount of payments that people put on (credit cards) and the way they build their household budgets.”

Many Americans are revolving more debt than they have at any time over the past decade. Riley points to other factors to watch, like the growing trend of installment loans, but save for any dramatic changes in cardholder delinquency rates or entering of the next recession, Mercator predictions show rates remaining steady as far out as 2023.

How you can score a lower interest rate

Generally, the highest interest rates are assigned to applicants with the weakest credit profiles. According to data from CreditCards.com, Bankrate’s sister site, the current average APR on cards targeted towards people with bad credit is 25.37 percent.

That’s why improving your credit score is the best way to boost your chances of qualifying for a more competitive interest rate on the low end of your issuer’s margin.

Practice good credit habits like making timely payments in full and keeping your credit utilization ratio low — under 30 percent utilization is smart, but some scoring models favor under 10 percent. Diversify your credit history with a mix of revolving credit and installment loans and monitor your credit report regularly.

If you’re unsatisfied with the interest rate on one of your credit cards and you already have great credit, call your lender to ask if they’ll consider lowering your rate. If interest rate is one of your primary concerns for opening a new credit card, though, you can narrow your options with Bankrate’s recommendations for low interest credit cards.

The best time to pay credit card debt is now

Despite what happens over the next year and beyond, credit card interest rates are some of the highest-earning debts for many Americans. When the economy does take a turn, you don’t want to be left accruing upwards of 20 percent interest on your debts. That means you shouldn’t put off paying down your debt any longer than necessary.

Whenever you have extra funds to spare, start directing more than your minimum payments towards your credit cards or make more than one payment each month. If your credit qualifies, consider taking on a balance transfer credit card to eliminate your debt more quickly. These introductory offers should remain strong throughout 2020, McBride says.

Once you’ve paid off your debt, don’t spend more than you can afford to pay each month. If you pay your balances in full each statement cycle, fluctuations in your cards’ interest rates won’t affect the amounts you owe.