How open banking could change the financial services industry 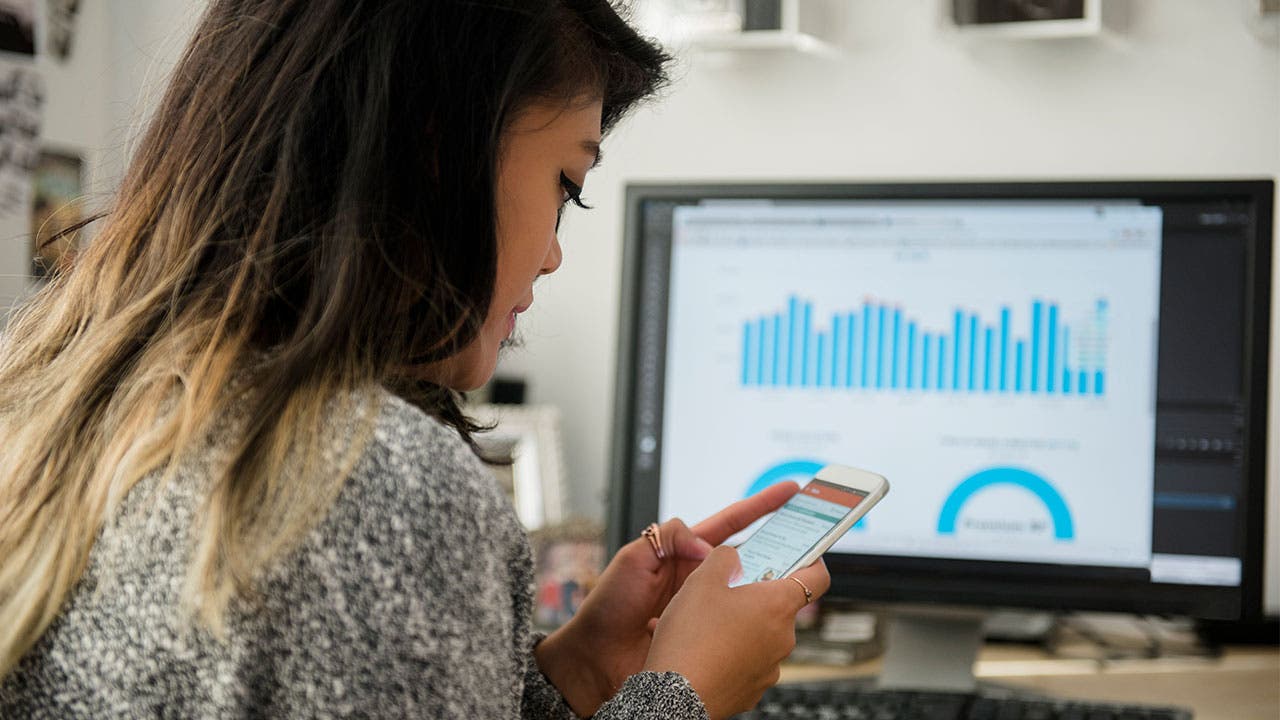 The term “open banking” might conjure up an image of a bank branch decorated like a hip loft where the teller isn’t behind bulletproof glass.

There’s also a good chance that the term “open banking” means absolutely nothing to you.

However, it’s something you should probably get to know because it could change the landscape of the financial services industry.

What is open banking?

Open banking is about your financial data and your ability to access it, share it and protect it. It’s a major topic of discussion in global banking circles as more non-bank financial services providers pop up, as more firms look to help you gain insights into your financial life, and regulations in places like Europe reshape how companies are handling data.

“A secured open banking framework could benefit consumers with new insights that help people and businesses manage their money better, access to products they may not have had before and new products that were not previously available,” says Steve Boms, a spokesperson from the Consumer Financial Data Rights Group, a lobbying group focused on the protection of financial data rights.

What are the possibilities with open banking?

Indeed, while the ability for budgeting tools to access your data dominates the conversation around open banking today, it has far-reaching possibilities, says Xavier Larduinat, manager for innovation at digital security firm Gemalto.

It could make the ease of payments you experience with Uber the standard for every transaction. It could provide you with tools to be a savvier shopper. It could make verifying your identity easier, and it would put better safeguards in place regarding how your data can be used.

In other words, it could largely put much of banking in the background of our lives.

Getting the data is key

Tools that help you understand your financial life are really, really hot right now. Investors seem to be lining up to invest in fintech startups that can help you save, curb wasteful spending and get better rates by analyzing your financial data.

Banks are getting involved, too. Citi has announced plans to offer a similar service, and Marcus by Goldman Sachs recently acquired Clarity Money, a budgeting tool app.

But one of the hurdles for all of these initiatives is how they get the data. For the most part, they rely on a practice called screen scraping, which involves you breaking all the rules you’ve been told about security and giving a third party your login credentials. As a consumer, it’s terrifying and often keeps people from getting past the sign-up page.

No one likes it, actually. Banks hate it. Not only is it a major security worry, it can also tax their systems when the companies pull their data. Banks, from a competitive standpoint, also have traditionally not liked the whole idea of sharing data. As they see it, they are making it easier for someone else to provide value to their customers and potentially lure them away.

Big banks warming up to opening up

That mindset has eased over the last year or so as several of the largest banks, including JPMorgan Chase, Capital One and Wells Fargo, have reached deals with individual companies, namely Intuit, the company behind Mint, and aggregator services.

Such deals allow those companies to better access data via application programming interfaces, or APIs. If your eyes just glazed over, think of the “Connect With Facebook” button but for your bank where your login credentials remain hidden and the bank shares only the information that is pertinent.

Those deals are great if, say, you have a checking account and savings account at Chase, a credit card from Capital One, and a mortgage with Wells Fargo and use Mint to get a snapshot of all your finances. The criticism of such deals is that the industry would be better off if it adopted a standard instead, rather than bilateral agreements.

Initiatives hoping to be the standard

There are already some initiatives hoping to become the standard, and this week another one was announced.

Data aggregators Envestnet | Yodlee, Quovo and Morningstar ByAllAccounts announced a framework that they say would promote transparency, traceability and accountability in financial services. The framework outlines things like access to data, affirmative consent from consumers, clear disclosures from companies, a commitment to top-notch security practices and a responsibility to make consumers whole if they experience a loss as a result of a breach.

“The big aim is to give consumers and SMBs control of their financial data and an ability to safely and securely provide that information to qualified financial service providers, thereby increasing competition in the market by driving innovation in the quality of new products and services that customers receive,” Boms says. The Consumer Financial Data Rights Group is supporting the framework proposed by the aggregators.

While open banking is a goal in the U.S., it has essentially become the law in Europe.

European Union lawmakers have instituted a few policies, including the General Data Protection Regulation which goes into effect this month, that make it easier for you to transport your data and establish stricter rules concerning how your data is protected. Admittedly, that is an incredibly oversimplified description of what is happening there, mostly because it doesn’t really directly affect you as a consumer in the U.S.

However, most U.S. banks will have some responsibility in complying with it because we live in a global society and the rules apply to anyone in Europe, such as an American consultant who is living in Paris for six months.

That experience could shape how open banking grows in the U.S. because U.S. banks will grow accustomed to complying with it elsewhere.

The U.S. does have some data-related laws, including the Gramm-Leach-Bliley Act, which requires financial institutions to explain their information-sharing practices and to protect sensitive data. The Dodd-Frank Act also has a provision that requires banks to make your data available to you.

“The U.S. doesn’t have a uniform privacy framework, instead we have a patchwork quilt of state laws and federal regulations,” says Jennifer Newton, director of consumer financial services compliance with law firm Kaufman Rossin.

Newton says if the U.S. attempted an overarching framework it would likely be to foster a better environment for new products and services.

“If you look at what the financial regulators are doing and saying, you can see a very strong push to not impede the process of financial innovation,” Newton says.

The view from the Control Tower

Next month, Wells Fargo will begin rolling out its Control Tower feature, a distinctly open-banking feature. Wells is starting by testing it with customers in nine states before taking it live across the franchise.

As it debuts, Control Tower, which will function as a feature within the bank’s app, will allow you to do three main things:

Additional functions will be added as the product matures and as open banking evolves, says Ben Soccorsy, head of the digital payments product team for Wells Fargo Virtual Channels. Eventually, you could turn to Control Tower to see all the retailers that have your card on file, for instance.

“We started by observing and listening to our customers. They have their financial information spread out in a complex digital ecosystem, and this gave us a unique opportunity to bring those control points together,” Soccorsy says. “Giving customers control in their increasingly fragmented digital financial life is at the core of this idea.”