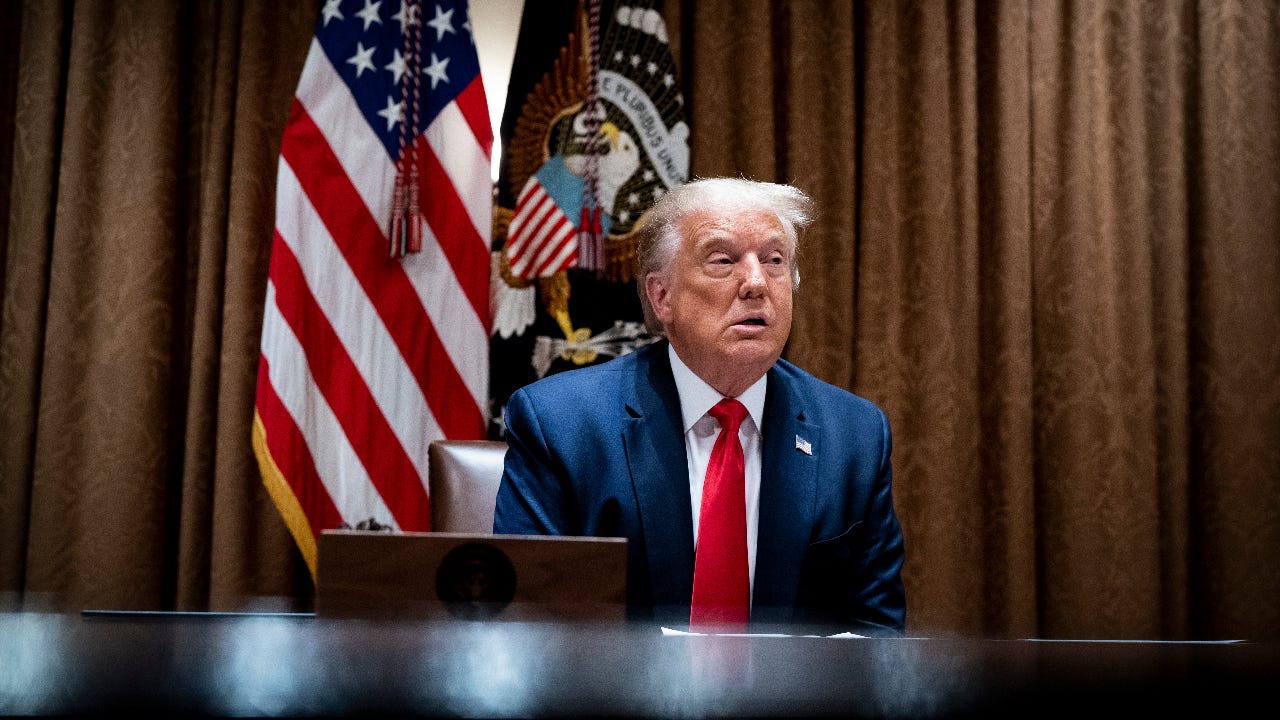 The orders would boost unemployment benefits by an extra $400 per week, defer payroll taxes until the end of this year, supplement an expired eviction moratorium and lengthen the forbearance period for federal student loans.

But the fine print appears murky, its execution will be rife with challenges and the president’s actions set the stage for a contentious legal battle — all added roadblocks before any aid filters through to Americans during the worst recession in generations. Here’s what you need to know.

About 32 million Americans are receiving unemployment aid, either through their individual state’s program or the CARES Act-backed Pandemic Unemployment Assistance (PUA) program, according to the Department of Labor. Those individuals were originally receiving an extra $600 in their weekly checks, but that supplement expired July 31.

Policymakers on Capitol Hill have been clashing over how to reinstate the program, with Democrats wanting to restore the extra $600 checks and Republicans advocating for trimming that amount to $200 for two months before implementing an income-based replacement program that would cover up to 70 percent of a person’s lost wages.

The most substantial part of the president’s executive order — and perhaps the most contested — directs unemployment aid to start providing an extra $400 each week an individual is unemployed, from the week that ended on August 1.

But implementing that change is proving to be a challenge, both from a legal and logistical standpoint. The federal government will pay three-fourths— or $300 — of each weekly check, which leaves states left to replace the remaining $100. States will be hard-pressed to meet that threshold, with experts already warning about a budget crisis amid slumping tax revenues and soaring unemployment and health care costs.

The order directs the Department of Homeland Security to transfer $44 billion in emergency assistance funds usually reserved for natural disasters such as hurricanes or wildfires over to help the unemployment crisis. That pool of money will be available until December 6, or until the aid runs out, whichever comes first, the memo states.

States are also called upon to use remaining funds leftover in a pot of money provided to them through the CARES Act, which at the time totaled $150 billion but now has about $80 billion remaining, according to the executive order.

The legality behind shifting funds over to help cover unemployment without congressional approval is still up in the air, as is the ability to adequately fund the program. Covering eight weeks of $400 unemployment payments for 30 million, for example, would cost the federal government around $760 billion and states $240 billion, nowhere near the amount allocated.

“The $600 in additional payments which were part of the CARES Act have already expired, and millions of Americans who can’t pay rent are facing the prospect of evictions — the situation remains dire,” says Mark Hamrick, Bankrate’s senior economic analyst and Washington bureau chief.

2. Payroll tax deferral, not a cut

In his executive order, Trump added a provision that would revamp payroll taxes, a method that was quickly losing traction in Congress by members of both parties for being an ineffective form of economic stimulus.

But the memorandum doesn’t reduce payroll taxes, which are paid by employers to fund certain entitlement programs and currently set at 6.2 percent for Social Security and 1.45 percent for Medicare.

Instead, it kicks those payments down the road. The executive order defers those payments starting on Sept. 1, 2020, and through the rest of the year. It specifically applies to employees who make less than $4,000 bi-weekly on a pre-tax basis, or $104,000 annually, the action states.

Trump has adjusted taxes before by way of executive order, with the president extending the tax deadline from April 15 to July 15 due to the pandemic. But legal lines are still blurred, with Congress normally having sole authority over adjusting tax laws.

It’s also unclear how much the order will benefit businesses. Trump has previously claimed that any adjustments to payroll taxes could spur more business investment. Those who are under fiscal pressure now might not be as much down the road when the bill comes due.

The cuts also risk putting the already cash-strapped Social Security and Medicare programs under more financial strain, though the president promised to protect them in a Sunday statement.

3. CDC, HHS officials can decide whether to halt evictions

The Trump administration passed the buck on eviction prevention to Centers for Disease Control Director Robert Redfield and Health and Human Services Secretary Alex Azar, saying those officials now have authority to “consider” whether any measures that temporarily halt evictions of tenants who don’t pay rent are “reasonably necessary” to prevent the spread of the coronavirus, the text states.

In the order, White House officials are also advising the nation’s top housing leaders to put their heads together to find opportunities and funds that could help prevent evictions and foreclosures. Under the order, Secretary of Housing and Urban Development Ben Carson is asked to consider providing assistance to public housing authorities, affordable housing owners, landlords and recipients of federal funds, while Federal Housing Finance Agency Director Mark Calabria is instructed to review all existing authorities and resources.

The order doesn’t set aside any new funding, instead instructing Treasury Secretary Steven Mnuchin to work with Carson on finding “any and all available federal funds” to provide temporary financial assistance to renters and homeowners who’ve faced financial hardship because of the crisis and are struggling to make their monthly rent or mortgage payments.

The order also doesn’t mention extending a temporary CARES Act-backed provision that made it unlawful to evict renters living in properties financed by federally backed mortgages, which expired in July. That clause provided projections for roughly 28 percent of the 43.8 million rental units in the U.S., according to an analysis from the Urban Institute.

Part four of Trump’s executive order extends relief to federal student loan borrowers until the end of this year. The memo states that payments and interest will continue to be waived until Dec. 31, 2020.

This executive action is likely the easiest to implement and understand, given that it’s already in place and doesn’t require funding from states or Congress. The Trump administration originally waived student loan interest and payments until September 30 through an executive order signed in March.

But the same catch still applies: Only students with “loans held by the Department of Education” can take advantage of the program, excluding private student loan borrowers.

Democratic leaders are already speaking out against Trump’s orders, with Speaker of the House of Representatives Nancy Pelosi, a Democrat from California, describing the actions as unconstitutional in a Sunday appearance on Fox News. Senate Minority Leader Chuck Schumer, a Democrat from New York, called the orders “unworkable, weak and far too narrow,” Monday on ABC.

With the legality and logistics in question, it remains to be seen whether any of the executive orders achieve their intended purpose or are implemented, Hamrick says. Lawmakers appear poised to continue talks for another round of aid, though they are scheduled to take a recess until September 7.

“Whether the president’s orders help motivate lawmakers to act or give them the false impression that immediate action isn’t needed, remains to be seen,” Hamrick says. “If nothing else, the failure to pass effective and meaningful legislation adds to an already overwhelming sense of uncertainty.”