Lawmakers over the weekend reached an agreement on the first major coronavirus stimulus bill since the CARES Act in March, ending months of persistent gridlock and back-and-forth negotiations days before relief programs crucial to Americans’ financial survivability during the pandemic expire.

The House of Representatives and the Senate are set to vote Monday on a roughly $900 billion bill that would send another round of stimulus checks totaling $600 to most Americans, replenish a small business loan program and ramp up unemployment benefits by an extra $300 a week through March. The bill would also ensure that the typically ineligible gig workers, self-employed and contract workers continue receiving jobless checks, preventing the program from expiring at the end of the year.

The bill also provides aid for rental assistance programs and an eviction moratorium, child care, food stamps and nutrition benefits, as well as education. Legislators left out Republican-favored liability shield protections and Democrat-preferred state and local government aid that were the sources of major deadlock early on.

New $600 (or more) stimulus check: How much and who is eligible?

Most Americans who received a stimulus check the first time would be eligible for the next $600 check, though Americans with dependent children would receive slightly more than the first round.

A family of four would receive $2,400 in direct payments, according to lawmakers’ summaries.

Incarcerated individuals might receive both the second stimulus check and the first retroactively after a California judge ruled that the IRS cannot discount individuals who are imprisoned from receiving a check.

Individuals who live in a joint-immigration status household (individuals with an Individual Taxpayer Identification Number, or ITIN) would also be eligible for both a second check and a first one retroactively. Democrats pushed for this eligibility requirement in the HEROES Act, and Sen. Marco Rubio, a Republican from Florida, was also a leading proponent.

Extra $300 in weekly unemployment checks: Who is eligible and for how long?

The bill includes $120 billion in funding for unemployment insurance (UI), which would be used to help get all Americans who are receiving benefits an extra $300 each week through March 14, 2021, according to a lawmaker-drafted summary of the bill. Americans whose incomes are based on self-employment as well as regular wages would receive an extra $100 each week, to account for base UI benefit calculations not taking their self-employment into account.

The bill also increases the maximum number of weeks an individual may claim benefits through regular state unemployment plus the PEUC program, or through the PUA program, to 50 weeks, up from the 39 weeks guaranteed by the CARES Act.

The CARES Act boosted weekly benefits by $600 for an additional 13 weeks and helped typically ineligible gig workers, freelancers and independent contractors qualify. The programs helped Americans secure as many as 39 weeks of payments, if they paired those federal programs with what their state was already providing (on average, 26 weeks of checks). That $600 amount, however, expired in July. Meanwhile, the Pandemic Unemployment Assistance (PUA) program is nearing its Dec. 31 expiration date.

Americans filing for first-time unemployment benefits have picked up in recent weeks, with now almost 21 million Americans claiming some type of benefit as of the week that ended on Nov. 28, according to the Department of Labor.

While details on other provisions are subject to change, the bill also includes:

Full text hasn’t been released, and lawmakers are still drafting up the official piece of legislation. Congress is currently planning to attach the bill to a second $1.4 trillion spending measure that would keep the federal government funded through the end of the fiscal year.

Lawmakers are scrambling to finish ahead of a scheduled 10-day holiday recess beginning Dec. 21. But the deal should signify to the millions of Americans facing financial distress that the hardest part is over. After clearing both chambers, the bill would then travel to President Donald Trump’s desk for signing.

Lawmakers on both sides of the aisle have voiced concerns that the $600 check won’t be enough to help Americans get through the period of intense financial distress, particularly amid mounting concerns that soaring coronavirus caseloads and a new wave of business restrictions might tip the financial system over again.

“At this point, these are not even stimulus checks,” Rep. Ayanna Pressley, a Democrat from Massachusetts said in an interview Saturday on MSNBC. “These are survival checks.”

Sen. Josh Hawley, a Republican representing Missouri, pushed for sending Americans another $1,200 stimulus payment in a separate relief bill that was ultimately rejected by lawmakers. All of that sets the stage for President-elect Joe Biden to bring another stimulus bill to fruition, though his administration might encounter similar partisan roadblocks. He could also possibly take executive action similar to what Trump did in October to bridge the divide and cut through the impasse.

How soon this aid filters into your wallet will depend on how quickly the bill is passed, though lawmakers have promised to vote on it as quickly as possible. Treasury Secretary Steven Mnuchin has said that the IRS could potentially send out the first round of checks through direct deposit within a week of signing a bill. Mailed checks, however, might take even longer. And given that most state unemployment offices have already worked through any errors or problems to implement the federal-backed jobless programs, most growing pains might be over, meaning unemployed Americans might not encounter as long of delays as the first time around.

The bill, at about $900 billion, is already the second largest relief program in American history and eclipses the $787 billion bill passed in 2009 that helped the U.S. economy weather the financial crisis.

But Americans shouldn’t be afraid to ask for help if they need it. Work with any lenders or financial firms you regularly pay a bill to to see if you can work out a forbearance plan. Meanwhile, cut back on expenses as much as possible so you can juice up your emergency fund. 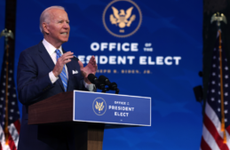 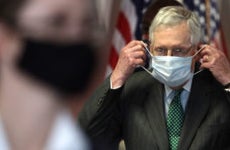 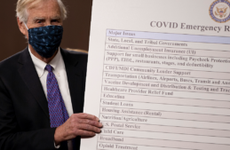 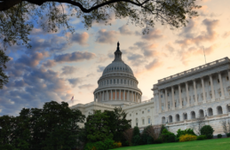