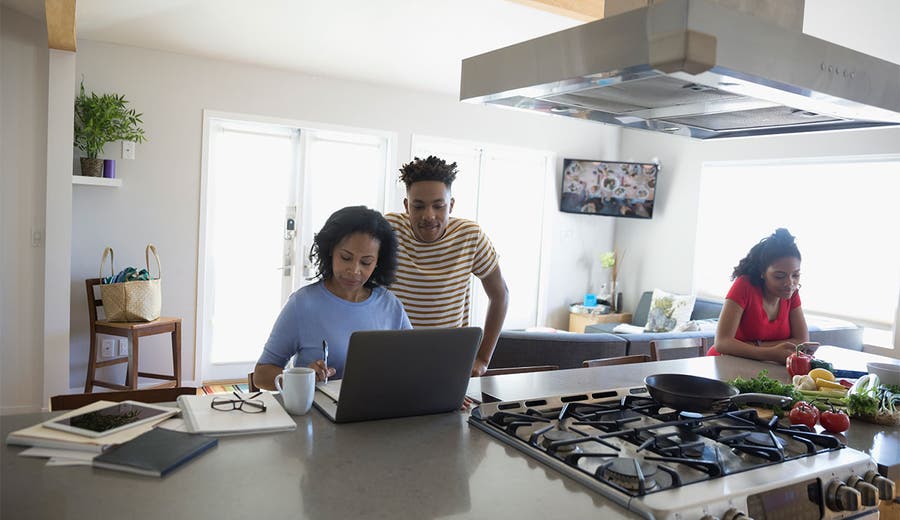 When it comes to their personal finances, Americans largely wish they could go back in time and do some things a bit differently.

Bankrate’s May Financial Security Index survey finds more than three out of four Americans (or 76 percent) say they have at least one regret when it comes to their finances. Of Americans with a financial regret, a whopping 56 percent say their financial regrets have to do with savings. That includes not starting their retirement savings early enough (27 percent), underfunding their emergency fund (19 percent) or not saving enough for their children’s education (10 percent).

The most widely reported regret reveals a troublesome reality: Most people say they aren’t saving enough now or for the future.

“What’s readily apparent, once again, is regrets about savings are head and shoulders above other regrets, even about debt,” says Greg McBride, CFA, chief financial analyst at Bankrate.com. “Americans are undersaved for both retirement and emergencies and are increasingly aware of it.”

Regrets over savings? We have a few

The figures, while shocking, don’t come as much of a surprise. In January 2019, a similar Bankrate survey found that 60 percent of Americans can’t cover an unexpected expense with savings. In March of this year, another Bankrate survey found the culprit of a lack of savings ranged from having too many expenses to not having a good enough job and too much debt.

Saving for retirement is the most commonly cited regret of respondents, and it increases by age. Baby Boomers (ages 55-73) were most likely to cite not starting early enough with retirement saving as their top regret (33 percent), followed by 23 percent of the Silent Generation (ages 74 and older) and 22 percent of Generation X (ages 39-54).

“Saving money may seem impossible at times but taking a few proactive steps can safeguard you from potential hardship in the future,” McBride says.

Overspending and taking on too much debt

Other financial regrets reflect Americans who may have lived outside of their means, including taking on too much credit card debt (16 percent), taking on too much student loan debt (11 percent), buying more house than able to afford (7 percent) or something else (10 percent).

Credit card debt can be one of the hardest-hitting financial mistakes Americans can take on. A recent Bankrate survey found 30 percent of Americans have more credit card debt than emergency savings — a troubling statistic.

Ted Rossman, industry analyst at CreditCards.com, a Bankrate sister site, explains how detrimental credit card debt can be for individuals.

“This is a tough one, because credit card rates are at record highs (17.73 percent, according to CreditCards.com — and that’s for people with good credit),” Rossman says. “Many people with lesser credit are paying 20 to 25 percent on their cards. Paying these kinds of rates for any length of time is really going to hold you back financially. Credit card rates are three to five times what we typically see on mortgages, auto loans and student loans.”

Millennials reported having the most regret over their student loan burdens, with 17 percent of the demographic citing it as a regret. Their regret over student loans was more than twice that of Gen Xers (7 percent) and more than three times that of Boomers (4 percent). Considering education costs have more than tripled since the 1980’s, according to CollegeBoard, millennials are likely to have much larger student loan balances than those who are older than them, perhaps leading them to higher levels of regret.

One piece of good news from the findings is that many of the respondents appear to be working toward fixing their past financial blunders. Of those with a financial regret, 50 percent say they are in the process of addressing the issue.

Addressing any financial mistake can be intimidating — but breaking down large goals into smaller, easier ones can help put individuals on a path to success. For example, break down a retirement savings goal into periodic goals, like saving a certain dollar amount per month, quarter or year.

McBride adds that changing mindsets from spend-first to save-first can also help. He says individuals should consider opening online savings accounts with higher-than-average APYs and setting up direct deposits from their paychecks, in addition to contributing to retirement plans.

“Everyone makes mistakes in life – financial or otherwise. The key is to acknowledge those blunders and address them, so that there’s minimal damage,” McBride says.

This study was conducted for Bankrate via landline and cell phone by SSRS on its Omnibus survey platform. Interviews were conducted from April 30 – May 5, 2019 among a sample of 1,000 respondents. The margin of error for total respondents is +/- 3.62% at the 95 percent confidence level. SSRS Omnibus is a national, weekly, dual-frame bilingual telephone survey. All SSRS Omnibus data are weighted to represent the target population.