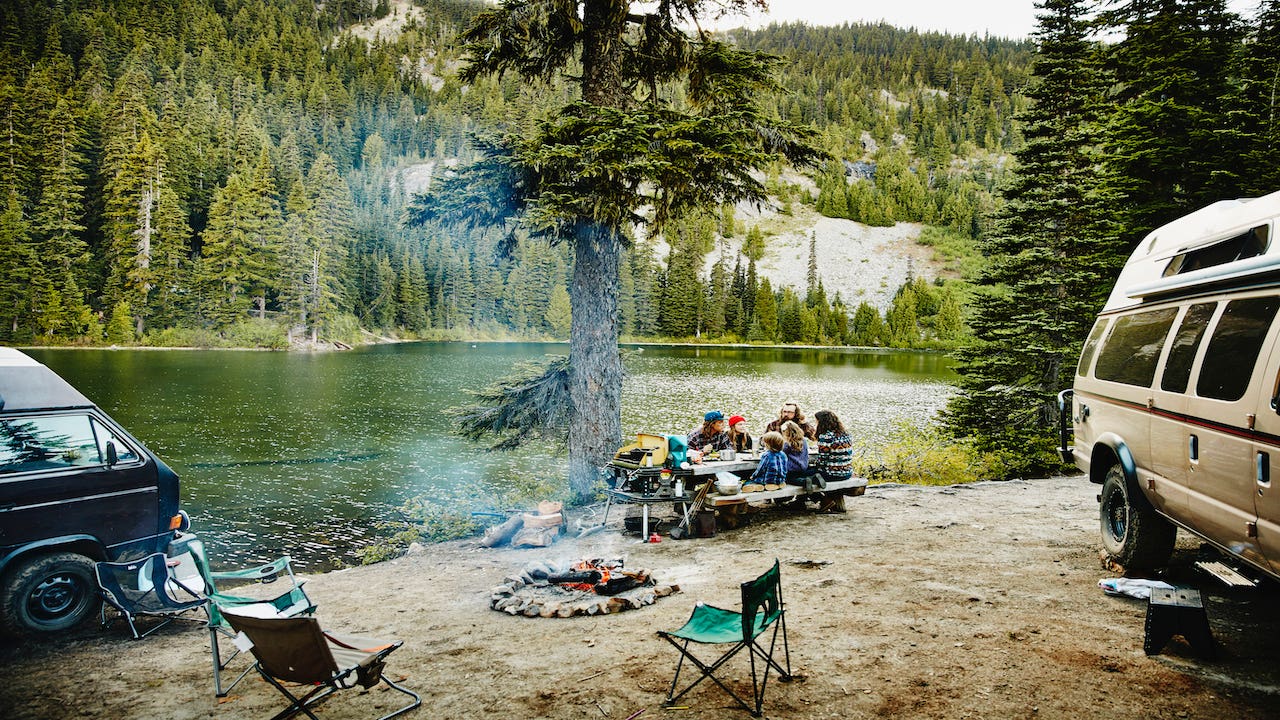 The U.S. economy has started to show some signs of life again. Employment is on the rise and businesses across the country are starting to reopen, but sadly, the fight against COVID-19 still has a ways to go.

Nonetheless, the coronavirus pandemic has sparked one of the sharpest economic downturns since the Great Depression. Regardless of what positives we may be seeing during this initial recovery period, experts say there’s still a long road ahead.

In an effort to keep things on the right track, lawmakers are considering additional forms of aid to help stimulate the economy. One of the proposals being discussed is dubbed the “Explore America” tax credit.

What is the ‘Explore America’ tax credit, and how might it work?

The “Explore America” tax credit was brought up in President Donald Trump’s remarks at a roundtable of restaurant industry executives in May — earning the approval of the Independent Restaurant Coalition and the U.S. Travel Association. The proposal would allow Americans to get a tax credit up to $4,000 on domestic travel, which in turn could help speed up the recovery of the U.S. travel industry.

The tax credit would let individuals claim a credit up to 50 percent of their expenses made at U.S. airlines, rental car companies, theme parks, hotels and restaurants in 2020 and 2021. However, there are still many details that have yet to be answered, so it’s a bit foggy on what this stimulus option could mean for consumers.

Is a travel stimulus plan likely to be approved?

The goal of the “Explore America” bill would be to incentivize consumers to support restaurants, airlines and hotels — all businesses that have taken an especially hard hit because of COVID-19. In fact, it’s estimated that the U.S. travel industry will see a 40 percent drop in spend, according to the U.S. Travel Association.

Given that staggering number, it’s not surprising that tourism boards have cheered the proposal.

“Travel supported jobs for 1 in every 10 Americans before the pandemic, and measures to incentivize travel will not only give people a renewed appreciation for this great country in which we live, but they are an efficient and effective way to ignite a recovery and restore jobs in every corner of the nation,” according to the U.S. Travel Association in a May 19 press release.

Would the tax credit motivate people to travel?

While it would likely provide much-needed relief to tourism workers, the question remains: Would the tax credit be enough to motivate people to travel given the current health and safety risks?

“It’s too far disconnected,” says Francine Lipman, a professor of law at University of Nevada Las Vegas and former CPA. “It would end up being a windfall for people who were going to spend that money anyway, so that doesn’t achieve the goal (of stimulating the economy).”

“If someone isn’t traveling out of fear for the virus, I can’t imagine a tax credit would eliminate that fear,” says Kirk Kinder, CFP and president of Picket Fence Financial in Palm Harbor, Florida. “I also think it would fail in motivating someone who isn’t traveling due to a financial impact (job loss, reduced hours, etc.) because they have to front that money for the travel only to be reimbursed when they file the tax return in early 2021.”

On the contrary, Morris Armstrong, a licensed Enrolled Agent (EA), raises how a travel-focused subsidy would ensure that money is put directly into the economy.

“People who have not been impacted at all, financially, received stimulus checks, and many people have received unemployment benefits in excess of their normal wage. Those payments may wind up in banks or markets and not in the economy,” Armstrong says. “The idea of a travel-related subsidy would ensure that money has to be spent in order to receive any benefit. It is a transfer — money from the consumer to the vendor, be it airline, car rental, hotel or restaurant. In my opinion, that is viable and not much different than an energy credit. You are rewarding the consumer for doing something that is in the interests of the economy.”

Would it be enough, however, to help struggling Americans, or would it mostly benefit those who would have traveled anyway?

“If you’re not working, or worried about your job along with another possible increase in COVID-19 during late fall and winter, you’re just not going to travel,” says David Evangelista, a CPA who specializes in tax and accounting services at MBAF in New York. “The credit will only be realized upon the filing of a taxpayer’s 2020 tax return in 2021 or their 2021 tax return filed in 2022.”

Where the proposed bill stands today

There hasn’t been any major movement on the “Explore America” tax credit proposal in recent months, but it’s still on the table as a part of the Senate’s stimulus bill proposal.

“Now that the Treasury is involved in the negotiations and talks are starting again, I think this specific proposal still has legs,” says Julio Gonzalez, CEO of Engineered Tax Services in West Palm Beach, Florida. “If the House gets state bailout relief funds, I think we’ll see compromise from them on a number of things, including something as bipartisan as this.”

As Gonzalez sees it, the tax credit would promote economic activity rather than add to the national debt. He compares the concept to the solar and wind tax credits currently offered to incentivize citizens to upgrade to more energy-efficient technology.

Read more From Liz
Liz Hund is a social producer at Bankrate and occasionally writes special features on-site with a social-first angle. Her writing has been featured on MSN, Business Insider and in various local publications.