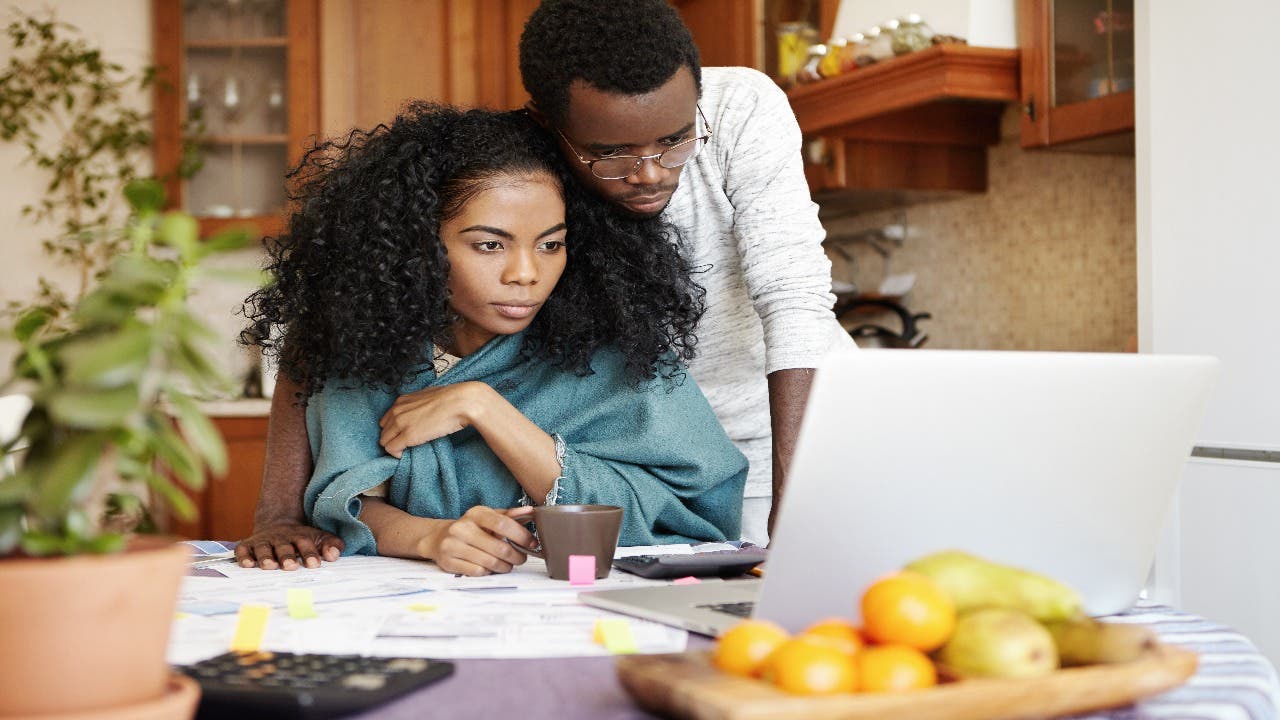 While arguing about taking out the trash may be one of the sillier disputes a couple may get into, the most serious fights often concern your finances. Nothing sours a relationship like thinking your partner is wasting the money you worked hard for. But experts say there’s a simple way to cut many of those disputes off before they happen: have separate financial accounts.

“Most couples hate to talk about money and will delay discussing their finances,” says Gina Grippo-Martinez, wealth advisor at ALINE Wealth in the New York City area. “This can lead to some unfortunate surprises down the road,” especially around debt and spending levels.

“While it’s not exactly romantic to think about these things, they are the reality,” she says, noting that it’s better to at least consider your alternatives rather than ignore it and regret it later.

But doesn’t a separate account damage the trust in a relationship with your significant other? It doesn’t have to, say financial experts, who point to other benefits of separate accounts that can actually strengthen your tie.

Some couples maintain a joint bank account because they think it’s a way to maintain their unity as a couple and it can be easier to monitor spending. Others set up a joint account simply because that’s “the thing to do” and don’t really consider the decision with much self-reflection.

“Foremost, it is a sign of unity, commitment, and trust in your relationship and your partner,” says Grippo-Martinez. “You are giving each other complete access and control over your money. That is a huge commitment.”

A joint account also allows couples “the ability to jointly pay for living expenses and other expenses such as vacations, home projects, and expenses for children,” says Skylar Riddle, CFP, financial advisor at Fort Pitt Capital Group in Pittsburgh.

Riddle also points to the ability to fund other savings goals, such as IRAs, and says “it creates unity regardless of income differences between the couple.”

But those benefits of closeness can also create significant problems, and what looks like a benefit of unity or commitment at first may turn into a straitjacket.

“Before joining your finances together, you were never accountable to someone else for your spending decisions,” says Grippo-Martinez. “Now you have someone looking over your shoulder and reviewing the statements.”

On top of that you need to be aware of your partner’s spending habits, and a financially unfaithful partner could drain the account in no time, and you’ll have little recourse.

But even if your situation is not quite so drastic, fundamental differences in each partner’s saving and spending habits can easily turn into major fights as one partner wants to take a vacation while the other wants to save that money for retirement.

How separate bank accounts could actually help your marriage

“If your views on saving and spending are too divergent, it may be best to maintain separate accounts so spending does not become a strain on the relationship,” says Grippo-Martinez.

There’s no question that separate accounts give you more freedom (as they do to your partner). You’ll be in full control of your money and won’t have to review statements to see who spent what. It will afford you some privacy, but you’ll need to be comfortable with your partner having a similar degree of monetary freedom.

While separate accounts may alleviate some disputes, they may stoke others, for example, if one partner is “paying for all of the essentials and the other is not contributing,” says Riddle.

And of course there’s the perception that separate accounts demonstrate a lack of trust and commitment. In particularly demanding circumstances it could create some problems, too.

“If you are paying a shared debt you may have to first transfer funds to your partner’s account,” says Grippo-Martinez. “In the event of an emergency, your partner will not have access to your accounts.”

“It’s not the fact that the money is separate or together, it is how you use the money collectively,” says Riddle. “Keeping the money separate can actually increase romance because you are able to do things for the other person without the money coming from a joint account.”

Try a combination of joint accounts and separate accounts

Fortunately, couples aren’t forced into an either-or solution here. They can easily use a separate account for their personal spending and a joint account for their joint payments, such as rent or a mortgage, childcare, utilities and the like. You and your significant other can enjoy the benefits of both accounts, such as joint bill paying, without so many of the drawbacks.

Coordinating more accounts will create more legwork as partners move money between accounts each month for paying bills, but that may just be the cost of a happy relationship.

“If someone wants to splurge on golf clubs or shoes every now and then, they should be able to,” says Grippo-Martinez. “Sometimes ignorance is bliss.”

“Regardless of how couples title their accounts, all joint, all separate, or a mix of both, it is important for all couples to sit down together at least on an annual basis to talk about finances,” says Riddle.

This kind of open communication itself can help foster a more positive relationship.

“Couples can make this a romantic event by having a special dinner or going out to a show and discussing what they want to do together or where they want to travel,” he says. “Like anything else in a relationship, being honest is the best way to make finances successful.”