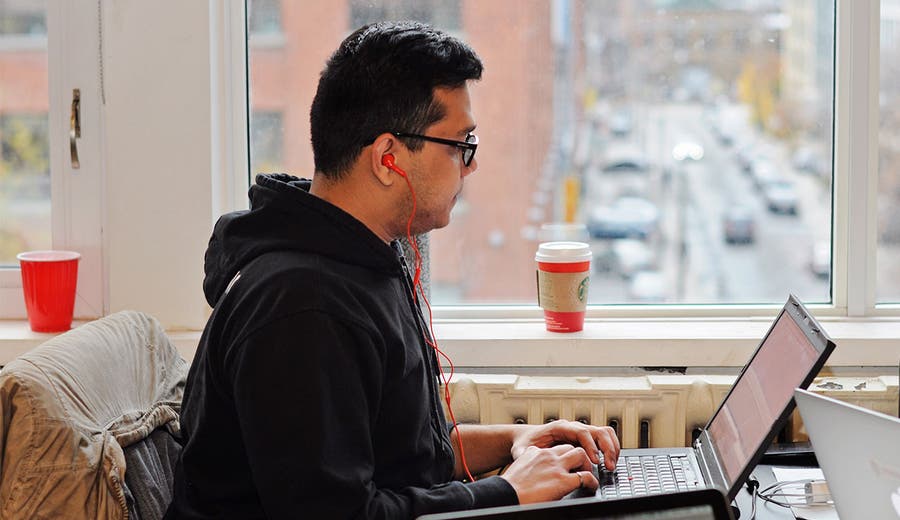 If you have even a passing interest in digital banking, the name Chime should ring a bell.

Since its 2014 launch, the San Francisco-based startup has emerged as one of the leaders in the so-called neobank space. Earlier this year, it announced it has 750,000 accounts opened to date, and is now adding new accounts at a rate of 100,000 a month.

Chime bills itself “the bank account that has your back.” While the company is not a chartered bank, it partners with The Bancorp Bank to offer deposit accounts. These include a so-called “spending account,” which essentially is a checking account where you keep the money that fuels your daily life; an automated savings account that is funded through rounds-ups and routine transfers from your paycheck; and a debit card.

Chime charges no overdraft fees, monthly fees or foreign transaction fees. You’re also able to use more than 30,000 ATMs nationwide without a fee.

One place where you might encounter a fee is if you opt to refill your account with cash rather than through direct deposit checks. If you’re a waiter who makes a lot of money in cash tips, this is not the service for you. Chime partners with Green Dot Bank to handle the cash deposit feature, and some of its refilling locations, such as convenience stores, charge a fee.

Green Dot has 60,000 retail locations in its network, and the partnership gives Chime a leg-up over neobanks and digital banks that often struggle to serve customers who are cash dependent.

The Chime app is highly rated, with a 4.8 out of five stars in the Apple App Store. Its dashboard is attractive—with balances for both account types at the top of the page, with recent transactions and links to connected accounts also on display. It also finds helpful ways to provide insights, such as showing you how much you’ve spent at Starbucks this month under specific purchases.

For all their beautifully designed apps and customer-friendly practices, neobanks have struggled to gain traction with customers. Furthermore, there are often questions about how many of the total accounts these firms lay claim to are actually funded and regularly used.

In a recent interview, Chris Britt, CEO of Chime, shared some granular details about its account numbers, which he says should cross the one million mark soon.

One marker for usage is direct deposit, and Britt says almost 40 percent of Chime’s users are routing at least part of their paycheck to Chime accounts, with “the majority [of direct deposit users] depositing their full paycheck.”

Users also average 40 transactions per month and check the mobile app about once a day.

In reporting its 750,000 account milestone in January, the company also disclosed that it has processed $2.5 billion in transactions since its inception. It users have set aside $72 million in savings, too. It had also sent out 45 million notifications to users about their money.

“Given that we have no branches and people learn about us largely through mobile and word of mouth, our results are impressive,” Britt says. “The exciting thing is, we are getting a huge boost from our existing users.”

What’s next for Chime?

Fintech companies have looked at traditional banking services, picked a specific slice where they think they can make life easier for their customers and tackled that one specific area. Firms like Lending Club and SoFi have done that with lending, Venmo has gone after person-to-person payments, while Chime and its competitors have tackled checking and savings.

The problem is à la carte banking is tough. People want to borrow where they save and pay their friends from the same account, or at least have seamless integrations among various partners. Further, if these firms have truly impressed their users with one service, why not leverage that into other products?

Britt says Chime’s evolution will mirror how he thinks people should prioritize their financial life: Figure out how to manage your spending, focus on savings, manage credit and loans, and look to longer-term investing. Chime has spending and savings products. Lending is next, he says, with a lending product launching within the year.

“We absolutely intend to get into lending and credit, because for our customers, our goal is to be the hub of their financial life,” Britt says.

Britt declined to say the specific type of lending Chime is looking to do, but says that any product Chime considers will ultimately be designed to help the consumer’s financial life. For instance, the company already offers a lending-like product. If you have direct deposit, Chime will front you the money without a fee a few days early when it receives the message from your payroll provider that a payment is pending.

“We don’t need to launch into products that are predatory,” Britt says, adding that any product would be free or “as close to free as possible.”

The company makes money on the fees merchants pay on debit transactions. While checking is not typically viewed as a profitable business, Britt says it is a highly profitable one when you build the company around technology and strip away things like branches. In that context, Britt insists that the company doesn’t need to diversify its product set in order to boost the bottom line.

Chime is also exploring affinity relationships for its customers—for instance, it is testing cross-selling with auto insurance startup Metromile and home insurance firm Lemonade. “We are exploring partnerships with like-minded companies,” Britt says.

In September, Chime announced it had raised $18 million in a Series B round. It said it would use the money to accelerate its growth and develop new products.

“We’ve never seen so much customer love for a banking service,” said Denis Barrier, cofounder and CEO of Cathay Innovation, the global venture firm that led the raise.

In other words, investors think the company will be able to leverage the loyalty it has found with its deposit customers on a variety of financial services products.

To bank or not to bank

As neobanks evolve and begin to offer more traditional banking services, the perennial question is whether they will move away from having bank partners and seek their own banking charters.

Although a few neobanks are already pursuing bank charters, it is far from a proven strategy. It remains unclear how regulators will scrutinize these plans. It is also unclear how much benefit there is in having a bank charter, rather than working with a partner bank. Britt sees a charter as a long-term interest.

“We’d wait until we have more scale, I think.” Britt says. “With the current product suite, the partnership model works perfectly well. As we expand, we’ll assess the strategy and consider trying to get a bank charter.”