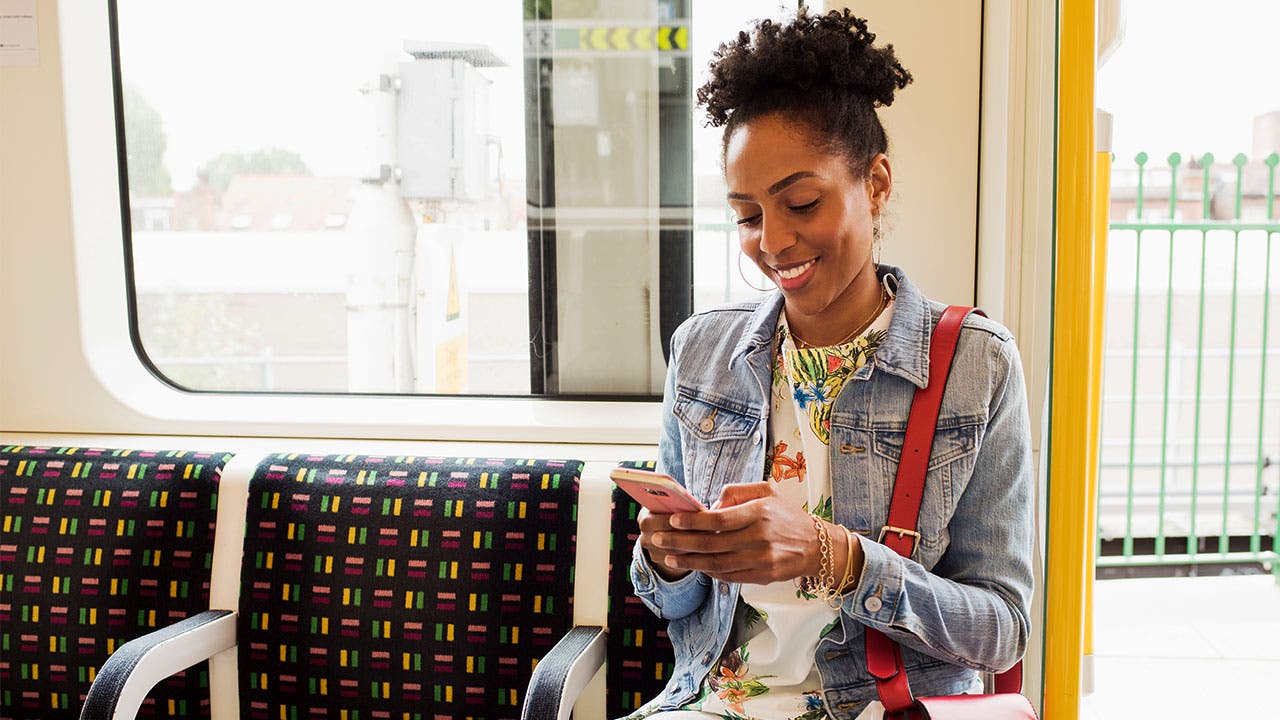 The big banks have struggled to connect with young people, but two of the biggest — Wells Fargo and JPMorgan Chase — are looking to address this with recently announced mobile banking products.

Starting today, iPhone users nationwide can download Finn, a mobile-only banking app introduced by JPMorgan Chase. When the app debuted last fall, it was only available to Apple customers in St. Louis. The Android version is set to arrive later this year.

Before the end of 2018, Apple users in several states should also have access to Greenhouse, Wells Fargo’s mobile-first app. Only team members and a limited number of customers will be able to use it this summer.

Finn and Greenhouse: The basics

Both apps feature tools to help users understand where their money is going and how to build savings. And both are courting people who are currently not well served by traditional banking products, especially those with inconsistent income, like freelancers and gig economy workers and others with side hustles.

While each app has its own quirks—Greenhouse has “stashes” for things like rent and bills, Finn lets you segment purchases as “wants” or “needs”—they have very similar feature sets.

One feature common to both is a sure winner: The bank accounts connected to each app have no overdraft fees, because the accounts will not let users spend more money than they have available.

By signing up for Chase’s Finn, users are getting a checking account and a savings account. According to the account agreement, neither has a monthly service fee. The checking account requires a minimum deposit of $25 to open. By comparison, Chase’s Total Checking account has a $12 monthly fee, while its Chase Savings has a $5 fee; both are easily avoidable through things like direct deposits or linked accounts.

The interest Finn pays is very low, between 0.01 percent and 0.04 percent APY, depending on the balance in the account. That’s comparable to Chase’s other basic savings offerings.

One interesting feature is the number of free ATMs available to users. Chase has about 16,000 ATMs in its network, but Finn customers will be able to use 29,000 ATMs without incurring a fee.

There are two other noteworthy distinctions about Finn. First, you can’t write a check with the “checking account.” Users get a debit card, but physical checks are not part of the program. Second, account holders can’t get any help or services at physical Chase branches. Instead, they must call a dedicated help line or message with Chase representatives via the app.

Specifics about Greenhouse’s features are a bit more limited since the app won’t be available to more customers until later this year. Eventually, it will be offered nationwide.

What we do know is that Greenhouse offers two checking accounts, one earmarked for daily spending and one for savings and bills. You can open either with a minimum deposit of $25, and neither earns interest.

Users will have access to 13,000 Wells Fargo ATMs. Customers can use Wells’ branches and Greenhouse will have a dedicated team of phone bankers, too.

The spokeswoman said pricing will be disclosed at a later date. By comparison, Wells’ Way2Save savings account has a $5 monthly fee and its Everyday checking has a $10 fee. Both fees are easily avoidable, too.

The major selling point for Finn or Greenhouse over other similar fintech companies is that you’re working directly with a bank.

With the exception of Simple, which has been offering mobile banking accounts for years and was acquired by Spanish banking giant BBVA in 2014, most of the players in this space are companies that partner with banks to hold and insure user deposits. With Finn and Greenhouse, the middleman is cut out.

Of course, that’s only a pro if you have a positive view of banks, especially the big banks. Given Wells Fargo’s fake account scandal, you might not be enthusiastic about developing a relationship with the bank. That said, developing great tech tools is part of Wells’s strategy to win back the trust of consumers.

There are some straightforward reasons why working with a bank is potentially better. To start with, your information is likely more secure. Every company runs the risk of being hacked, but a company with a $9.5 billion tech budget probably has better security than a startup. Several of the popular budgeting apps ask for your bank credentials when you sign up, which can be a risky proposition. With the bank-run apps, data is kept in-house.

“Overall, people trust their banks and would prefer to receive ancillary services like budgeting tools from the banks over third parties,” says Peter Wannemacher, a senior analyst at Forrester.

The fact that these are standalone apps also makes them a better bet. Big banks like Chase and Wells can struggle with innovation because of their size. Doing something fresh is sometimes easier than building features into an existing app.

“Speed-to-market is the usual reason for launching new concepts as separate apps. It’s quicker and easier to roll them out separately than integrating the functionality into an existing mobile banking app,” says Emmett Higdon, director of digital banking at Javelin Strategy & Research.

Steve Ellis, head of innovation at Wells Fargo, said the company decided to build a standalone app so that it could focus solely on the needs of the targeted customers. If it built the functionality within the existing Wells Fargo app, the target audience would be burdened with features that were not applicable to them.

The best personal financial management tools aim to give you a full look at your financial health—checking, savings, bills and debts—no matter which financial institution these accounts come from. Unless you’re brand new to financial services and this is your first account ever, neither Finn nor Greenhouse provides a full picture of your financial life, because they are limited to one service provider only.

“I haven’t seen anything about data aggregation, and without that, this is a one-flavor soup,” says Bradley Leimer, managing director and head of fintech strategy at Explorer Advisory and Capital. “The idea that people have only one relationship—they don’t run their finances that way.”

That gives the smaller, independent fintech players the major advantage if you already have multiple accounts and are looking for that 30,000-foot view.

Of course, these accounts are courting people who have very brief financial histories. Wells’s Ellis says he understands the value of seeing the big picture, and Greenhouse wants to evolve with its customers. That suggests that while there is no data aggregation today, there could be scope for it down in the future if customers start asking for it.

If you want the full scope of your finances and the safety of a traditional bank, be patient. A solution is probably coming sooner than you think.

First of all, if you already make use of a bunch of financial products—checking, a savings account, credit cards and a mortgage—there are already tools available, like mint.com, that help you get a high-level view of your finances. Also, banks are increasingly comfortable with these independent players. They are entering data-sharing agreements or partnering with them to coordinate service offerings.

There is a buzz term in banking these days: open banking. This is the simple concept that people want to have a checking account here, a savings account there and a loan somewhere else, with the ability to get an aggregate view of and better control over all their financial data. While the framework is still a bit nebulous here in the U.S., it is catching around the world, in part because of regulation, and international banks with U.S. operations will likely be the first to offer such solutions in the U.S.

Meanwhile, fintech companies—the kind that offer this type of aggregation—are increasingly looking to become banks themselves. As that happens, there should be more solutions that give you a big-picture view of your money.