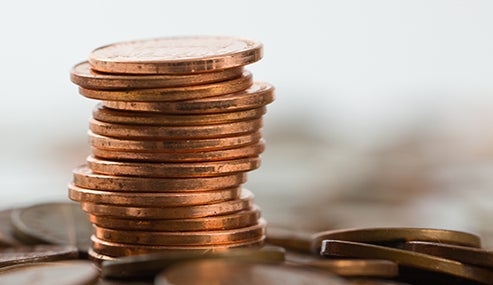 It’s been in circulation since 1793 and has borne Abraham Lincoln’s face since 1909, but some Americans say the U.S. Mint should get rid of the penny, especially in light of Canada’s decision to do away with that country’s 1 cent piece.

“Canada’s decision to retire its penny has provided a tremendous boost to the effort here in the U.S.,” says Jeff Gore, an assistant professor of physics at the Massachusetts Institute of Technology and one of the organizers behind the advocacy group Citizens to Retire the U.S. Penny. “Although Canada is far from the first country to retire their lowest-denomination coin, the fact that their monetary system is so similar to ours makes their decision particularly relevant to the U.S.”

Cost sentiment and the rounding tax

For Gore, getting rid of the penny just makes good financial sense.

According to the U.S. Mint, both the penny and the nickel have been produced at a loss since 2006 because the materials used cost more than the value of the coins. By some estimates, producing a single penny can cost more than 2 cents. And in the aggregate, production of both pennies and nickels results in a loss of about $436 million per year.

“It doesn’t take much of an economic argument to say, ‘Stop making it,'” says Chip Manning, director of the Babson Center for Global Commerce at Sewanee: The University of the South in Sewanee, Tenn. “But the sentimental argument for keeping (the penny) is what most people revert to.”

While some have expressed doubts about those claims, pointing out that Americans for Common Cents has strong ties to the zinc industry, which profits from producing the penny, Manning says the fear of the so-called rounding tax resonates, even if the economics behind the theory are questionable.

“The fear is that if the penny goes away, everything that is $1.99 will go to $2,” Manning says. “But in general, competition does a better job of keeping pricing in check, not the currency value of the coins.”

The idea of the rounding tax stems from a 2001 study from Pennsylvania State University economist Raymond Lombra, who found that the elimination of the penny could cost consumers about $600 million per year. The study also concluded that such a tax would have a disproportionately negative impact on the poor who would be hurt the most by minor price increases, Lombra argued.

But, a more recent study from Wake Forest University economist Robert Whaples called those findings into question because they failed to account for factors that randomize the direction of rounding, such as sales tax and the purchase of multiple items. According to Whaples, consumers wouldn’t see a price shift in either direction if the penny were eliminated.

While it’s tempting to chalk it up to a battle of the experts, the U.S. does have at least one case study suggesting that the elimination of the penny won’t adversely impact consumers. At U.S. military bases overseas, the Department of Defense uses flat, disclike certificates in lieu of heavier metal coins. Known as POGs, the U.S. military coins come in 5, 10 and 25 cent denominations. But, according to the military, base exchanges round prices up or down to the closest nickel, resulting in a “virtual wash” for all parties in a retail transaction.

Give a penny to charity

One common reason cited for keeping the penny is that taking the 1 cent piece out of circulation would hurt charitable giving. But as our economy moves to electronic payments, some say that argument is losing its underlying rationale.

“In the past, ‘Every penny counts’ was a mantra in fundraising,” says John Lauck, president and CEO of Children’s Miracle Network Hospitals in Salt Lake City. “Today, however, processing actual pennies is not a very cost-effective way to raise funds. It is quite expensive to pick up, clean, sort and count coins from canisters or fountains.”

Instead of collecting actual pennies, Lauck says Children’s Miracle Network Hospitals and other charities have shifted their focus to donations that can be collected electronically at registers.

“Eliminating the physical penny would not likely have much of an impact on donations to Children’s Hospitals,” Lauck says.

But some charities could be hurt if the penny goes away.

Charities such as The Salvation Army and UNICEF use canister donations at retail locations, and because of that, they could take a significant hit if the penny goes away, says Michael Montgomery, principal in Montgomery Consulting, a Detroit-based consultancy that focuses on fundraising.

“While it won’t be a huge hit for most established groups, the end of the penny will certainly be noticeable for charities that rely on canister donations,” Montgomery says.