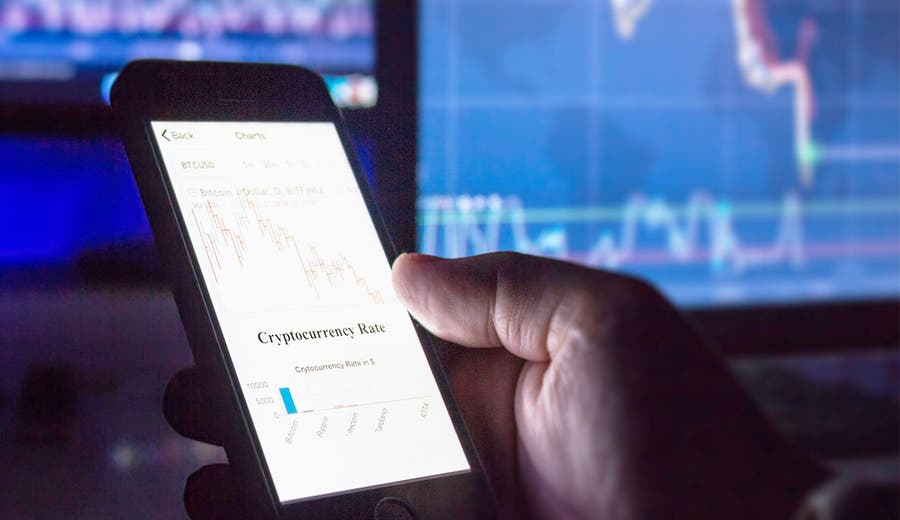 Fintech startups around the world are changing the way people manage their money.

Apps are reshaping entire payment systems, people are learning to live with chatbots, and innovative interfaces are challenging the way banking gets done.

Much is happening abroad, but the impact of these trends on the U.S. market is very hard to predict. Our financial system is far more complex and well entrenched than systems in other countries, with thousands of institutions and a complex regulatory environment featuring countless state-level authorities and multiple federal agencies.

U.S. banks tend to be slower to adopt technology, in part because of the gargantuan task of updating old, siloed systems. As a consumer, you’ve experienced this if you’ve ever been transferred from a rep who only handles checking accounts to someone who can answer a question about your credit card.

The following is a look at how global fintech trends could eventually show up in the U.S.

Banking futurists often talk about a not-so-distant future where banks will be able to deliver highly personalized and consistent services to customers via chatbots. These assistants could be integrated into bank apps or embedded in third-party products like Apple’s Siri, Amazon’s Alexa or Facebook Messenger. They would help you with easy stuff like reading your last five transactions back to you, as well as more complex things like helping you come up with a plan to boost your savings.

“We’re in a transition phase out of ‘AI hype’ and into big banks ‘empowering AI’ and rolling out AI-powered consumer experiences.”

When we talk to the big players — some of which are based in U.S. — they often tout how their technology is the heart of a new digital bank in India or the Facebook Messenger integration they did in Central America or Canada.

They are having lots of conversations with banks in the U.S., they say, but can’t announce anything quite yet. Institutions in the U.S. are certainly interested, but they are being cautious given the regulatory environment.

“Banks in North America are more aware of the regulatory environment we find ourselves in today, but realize the benefits of AI-powered consumer-facing applications and are compelled to move forward with technology to better serve their customer base,” says Zor Gorelov, CEO and co-founder of Kasisto, a startup in New York that is working with global banks like Standard Chartered and TD Bank.

One reason the rest of the world has begun adopting virtual assistants more rapidly than the U.S. is different patterns of mobile technology adoption. Virtual assistants make a lot more sense in mobile devices than desktop devices. Americans may love their smartphones, too, but for large parts of the world, “mobile is the internet,” says Jake Tyler, co-founder and CEO of Finn.ai, a Canadian firm that counts the Bank of Montreal among its clients.

To put it another way, Americans do their banking on both mobile and desktop devices. In other parts of the world, everyone uses mobile devices for banking.

There are some large banks in the U.S. with chatbots. Capital One has Eno, Ally has Ally Assist and Bank of America is slowly rolling out Erica, its much anticipated virtual assistant.

AI companies are closely watching Erica’s rollout. Given Bank of America’s size, if Erica is a hit, other banks will quickly look to introduce their own banking chatbots, Gorelov says.

“We’re in a transition phase out of ‘AI hype’ and into big banks ‘empowering AI’ and rolling out AI-powered consumer experiences,” Gorelov says. “As these large banks deploy, learn and iterate, the pace of adoption will continue to pick up as more banks are likely to follow suit.”

In the last few years, the U.S. has seen the launch of a whole crop of neobanks, consumer-friendly startups that are trying to change the way we manage our money. A bunch of neobanks have appeared in Europe, too (they are called challenger banks across the pond), and it seems like they are all eyeing the U.S. market.

Last year, French firm Revolut, which includes a crypto wallet and free international transfers among its features, announced its plans to expand into the U.S. Germany’s N26 recently raised $160 million from venture capital investors to fuel a U.S. expansion. Meanwhile, British startup Cleo, which is more of an AI-powered budgeting tool than a challenger bank, recently began offering its product in the U.S.

These firms clearly believe the opportunity to connect with potential customers outweighs the headaches involved in finding partner banks to offer their services.

It remains to be seen how much traction they will be able to find, however. A recent Cornerstone Advisors study asked people where they would be most likely to open a new checking account. Digital banks got a single-digit percentage in each of the generational buckets, for instance only six percent of those born between 1980 and 1987 said they’d be mostly likely to pick a digital bank. By contrast, nearly half of those older millennials said they’d open a checking account at Bank of America. s

Perhaps you’ve heard of WeChat, the wildly popular messaging and payments app in China. If you haven’t, you should take a closer look. The app has basically reshaped the way people communicate and pay for stuff in China. Users upload their banking credentials and then utilize QR codes to pay for everything.

If your wondering whether WeChat or an app with a similar reach, like Facebook, could take over our banking system in the U.S., don’t worry, that would be very unlikely. WeChat filled a void in communications and payments that was unique to China. Until rather recently, the Chinese banking system was not really intended for consumers at all.

WeChat dominates its market because it solved several problems at once and gained scale quickly. Americans already have countless ways to communicate digitally and very well-established banking relationships.

There is one aspect of the WeChat system that might show up here: Tech companies pushing banks into the background. Perhaps you’ve noticed the payments features in Facebook Messenger or in iMessage. Or you’ve heard that banks like Capital One and Chase are in talks with Amazon to feature a checking product.

In each of these scenarios, banks are relegated to providing the plumbing for tech firms. That makes some banks worry about brand recognition. Other players see it as an evolution of the business and want to make sure they are making it easy for their customers to transact on their terms.