The Federal Reserve left interest rates alone Wednesday and didn’t give consumers any clues on when they plan to adjust a massive bond-buying program, suggesting officials are still comfortable providing the economy with extraordinary support as inflation boils and Delta variant concerns cloud the outlook.

That means the Fed will continue buying Treasurys and mortgage-backed securities at a pace of at least $120 billion a month, a gargantuan asset purchase program that has persisted since the financial system plunged into the depths of the coronavirus-induced recession back in March 2020.

Meanwhile, the Fed’s key interest rate known as the federal funds rate will hold in its current target range of 0-0.25 percent, as low as officials want it to go.

Those policies matter for consumers because they’re what’s keeping borrowing costs and savings yields at their lowest levels in history. The fed funds rate influences how much consumers receive in interest from savings accounts and certificates of deposit (CDs), as well as short-term debt costs, from auto loans to credit cards.

Underpinning historically low mortgage rates is the Fed’s bond-buying program, which has fueled a massive housing and refinancing boom.

But as the economy rebounds and inflation heats up at a faster pace, Americans should come to expect that those emergency measures won’t last forever. While the Fed isn’t planning to hike interest rates until at least 2023, Fed Chairman Jerome Powell said officials want to pull the plug on those massive asset purchases well in advance of any rate moves.

“The Fed has lobbed the first verbal volley on tapering, noting the economy has progressed since last December when they committed to the current rate of bond purchases and that they will continue to assess the progress going forward,” says Greg McBride, CFA, Bankrate chief financial analyst. “Say something, but promise nothing.”

Fed’s taper: How soon and when?

The Fed has said it will be looking for “substantial further progress” toward its goals of maximum employment and inflation averaging at 2 percent. Powell indicated that the U.S. economy is still making progress but has more “ground to cover.” That’s mostly on the labor market side, with about 6.8 million positions still missing from the U.S. economy.

“We’re making progress. We expect further progress and if things go well we will reach that goal,” Powell said.

One thing weighing on the labor market and the economy are rising coronavirus cases, with the Delta variant surging in pockets of the U.S. Powell said in a post-meeting press conference with journalists that successive waves of the virus have had smaller economic impacts, indicating that he doesn’t see the variant as a risk that could knock the U.S. economy off course.

Yet, the Federal Open Market Committee (FOMC) wrote in its post-meeting statement that sectors most adversely affected by the pandemic “have shown improvement but have not fully recovered.” Powell also reiterated that officials will be monitoring it “carefully” and that it might prevent more people from going back to work.

“As long as COVID is running loose out there, as long as there is time and space for the development of new strains, no one is really, finally safe,” Powell said.

At the same time, inflation has risen starkly as the U.S. economy reopens, with floods of consumers ready to go big on purchases at a time when many firms are navigating supply bottlenecks and shortages. Consumer prices excluding the volatile food and energy items soared by 4.5 percent, a 30-year high. Meanwhile, the Fed’s preferred tracker of inflation rose by 3.9 percent, the highest since 2008.

Powell said prices have increased “notably” while also reaffirming that the Fed still sees them as transitory.

“Bottlenecks, hiring difficulties and other constraints could continue to limit how quickly supply can adjust, raising the possibility that inflation could turn out to be higher and more persistent than we expect,” Powell said.

The Fed has an incentive to give markets and consumers plenty of notice before slowing down their asset purchases. That’s because it doesn’t want to catch investors off guard, leading to unnecessary choppiness that could squeeze business profitability, growth and credit availability — in addition to threatening consumers’ 401(k)s — if it’s severe enough.

Powell said the committee discussed potential taper scenarios at this month’s meeting, including the pace and composition of that drawdown. After the financial crisis, officials started tapering their asset purchases of Treasury securities and mortgage-backed securities by gradual and uniform amounts of a cumulative $10 billion over a 10-month span.

Powell indicated that the Fed plans to taper in equal amounts this time around as well. However, the longer officials delay a taper raises the concern that they might have to sell at a faster pace than previous rounds, particularly as officials want to be done tapering assets before lifting interest rates.

The Fed is “kicking the can down the road,” says Lawrence Gillum, CFA, fixed income strategist at LPL Financial. “Our fear is they’re not going to be able to get out of the market before the business cycle slows. … We’re not in the camp that they’ve missed that opportunity yet, but that window is closing.”

The 10-year Treasury yield has fallen by about 25 basis points since the Fed last met, as a slowing economic rebound and Delta variant jitters overshadow inflationary concerns, giving the Fed more cover on their patient exit strategy.

“The Fed continues to stick to the mantra of inflation being transitory,” McBride said. “They want to see ‘substantial further progress’ in reducing unemployment and they’re willing to play inflation roulette until then.”

Even if the Fed starts to back away from its asset purchases soon, officials are banking on the idea that financial conditions won’t change all that much. Stock prices may fall slightly and longer-dated debt could rise, though the Fed’s main lever will still remain accommodative, helping to keep interest rates at historic lows.

The biggest way you should prepare your wallet for an eventual taper is by making sure you haven’t missed out on the opportunity to refinance. Doing so could shave hundreds of dollars off your monthly payment for the entire life of your loan. Freeing up that cash might also be a key way to safeguard your wallet against inflation.

Consumers with credit card debt should take steps now to chip away at their balance. If you have a credit card balance, consider whether a balance-transfer card is right for your individual financial situation. Analyze how much transferring your balance would cost and compare that with how much you’d save in interest payments over time.

When it comes to preparing your wallet for inflation, keep a diversified portfolio that includes some historically inflation-safe investments, from dividend-paying stocks and preferred stocks to real estate investment trusts. That also means trying to avoid keeping too much cash parked in a fixed-income investment, which tends to be more sensitive to price increases. Consumers worried about their eroding purchasing power should still keep enough cash on hand to cover emergencies.

And even though yields on CDs and saving accounts are at record lows, that shouldn’t deter you from building up your emergency fund or saving altogether, particularly as downside risks from the surging Delta variant could threaten the outlook.

“The FOMC statement was largely a copy-and-paste from the June meeting,” McBride said. “Translation: The Fed will remain fully accommodative. Even if last call has been sounded, stock market and real estate investors will be able to party on for a while.” 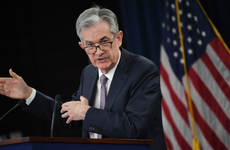 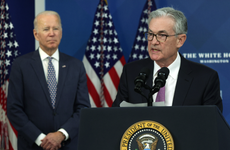 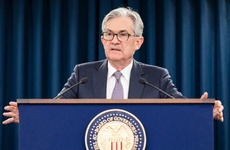 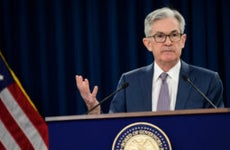