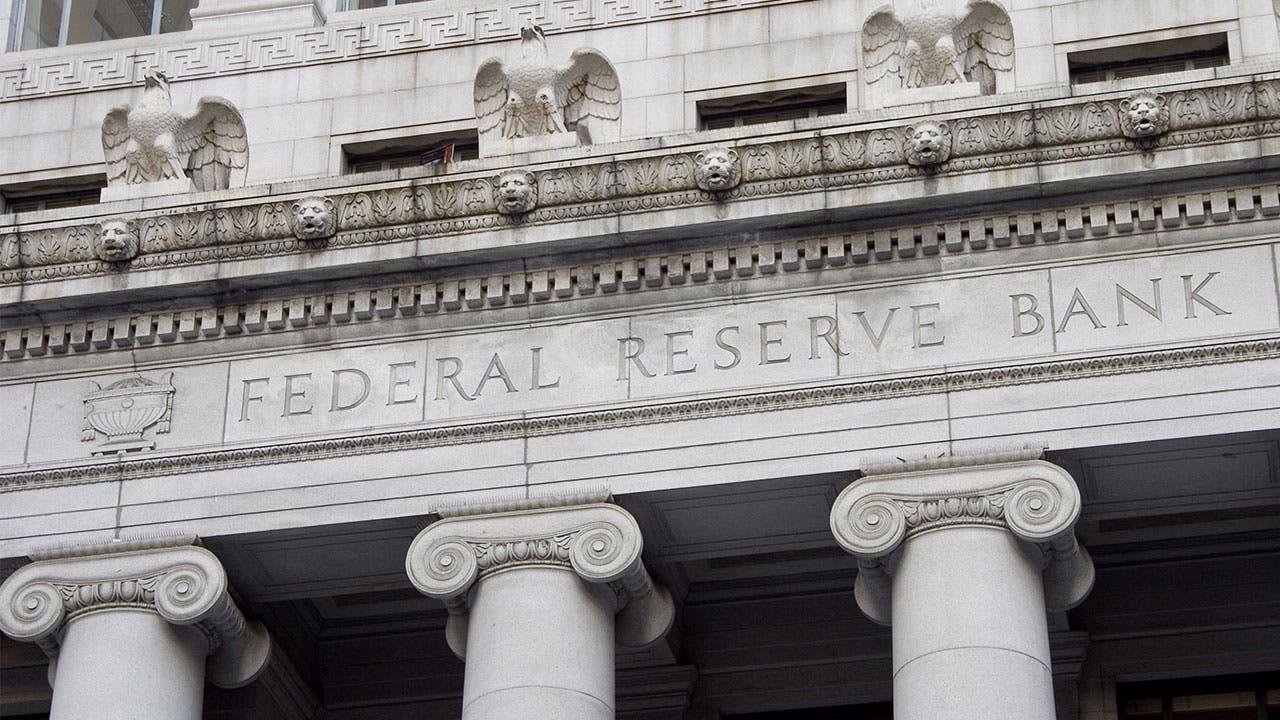 The U.S. economy picked back up in May, and the outlook remained fairly upbeat, even though trade tensions caused uncertainty for retailers and manufacturers, a Federal Reserve survey released Wednesday found.

The Fed’s Beige Book, which contains anecdotal information from business contacts throughout the U.S. central bank’s 12 districts, showed that growth expanded at a “modest pace overall,” which was a “slight improvement” from the preceding period. Meanwhile, almost all districts reported “some growth.”

Though contacts said their outlook for the months ahead “was solidly positive,” some reported feeling more uncertain, with trade concerns cited as delaying business investment in some districts, the survey found.

The report paints a generally positive picture for the U.S. economy at a time when there are numerous storm clouds on the horizon, as President Donald Trump heats up his trade war with China and threatens to expand it with Mexico. The report suggests the Fed will continue holding rates steady when policymakers next meet in two weeks, says Mark Hamrick, Bankrate’s senior economic analyst.

“It’s hard to look at the Beige Book itself and find a basis for a near-term rate cut. At the same time, no strong case for a rate increase either,” Hamrick says. “Perhaps ‘patience’ remains the watch word for the June FOMC statement.”

Amid the trade disputes, financial conditions are also tightening, with the spread between the 10-year and three-month Treasury yields inverted since May 23. Weakness is also present in the manufacturing sector, with the U.S. reporting its lowest result in a decade, according to IHS Markit’s Purchasing Manager Index for May.

Fed Chairman Jerome Powell signaled Tuesday at a conference in Chicago that the rate-setting committee is prepared to act as a first responder if the economy deteriorates even more.

“We do not know how or when these issues will be resolved,” Powell said at a conference in Chicago. “We are closely monitoring the implications of these developments for the U.S. economic outlook, and as always, we will act as appropriate to sustain the expansion.”

St. Louis Fed President James Bullard, one of the most dovish members of the committee who has a vote this year on the FOMC, said Monday that rate cuts may be “warranted soon,” given these growing threats and low inflation.

Investors are now hedging their bets that a rate cut could be coming in just two weeks, when officials gather in Washington to make their next interest rate decision. Federal funds rate futures are pricing in a 22.5 percent chance that the U.S. central bank could ease at its next meeting in two weeks, according to CME Group’s FedWatch.

But not all Fed officials are convinced that the U.S. economy has yet to come to that point. Chicago Fed President Charles Evans, also a voting member, said Tuesday “the market sees something I haven’t yet seen in the national data.”

Prices increased at a “modest pace” in most districts, in line with broader inflation data from both the Department of Commerce and the Bureau of Labor Statistics. Contacts noted that input prices grew faster than final selling prices, while others noted that freight prices were up.

The Beige Book said employment continued to increase nationwide, with most districts throughout the country reporting “modest or moderate job growth,” a positive sign ahead of the Department of Labor’s May jobs report, due Friday.

The U.S. job market has continued to showcase its strength throughout the expansion, set to become the longest on record in July. So far, the economy has added 20 million new positions across more than 100-straight months of job gains.

Wage pressures also remained “relatively subdued,” contacts reported to the Fed, echoing the expansion’s tepid wage gains, which grew by more than 3 percent on an annual basis for the first time last fall.

Employers, however, highlighted that the labor market is still tight, with most struggling to fill both high- and low-skilled workers.

Trade was mentioned 34 times in the report, with contacts in the Philadelphia Fed’s district reporting that it was delaying business investment. The Dallas Fed, meanwhile, said the deepening dispute was weighing on sentiment.

Manufacturing conditions were “generally positive,” but contacts in some districts reported more uncertainty.

The U.S. central bank deals with intricate economic theories but still makes room for anecdotes. And in a time of unprecedented uncertainty, anecdotes could offer a more up-to-date look on the economy than data.

Here’s a roundup of some of the most interesting tidbits from this latest survey.