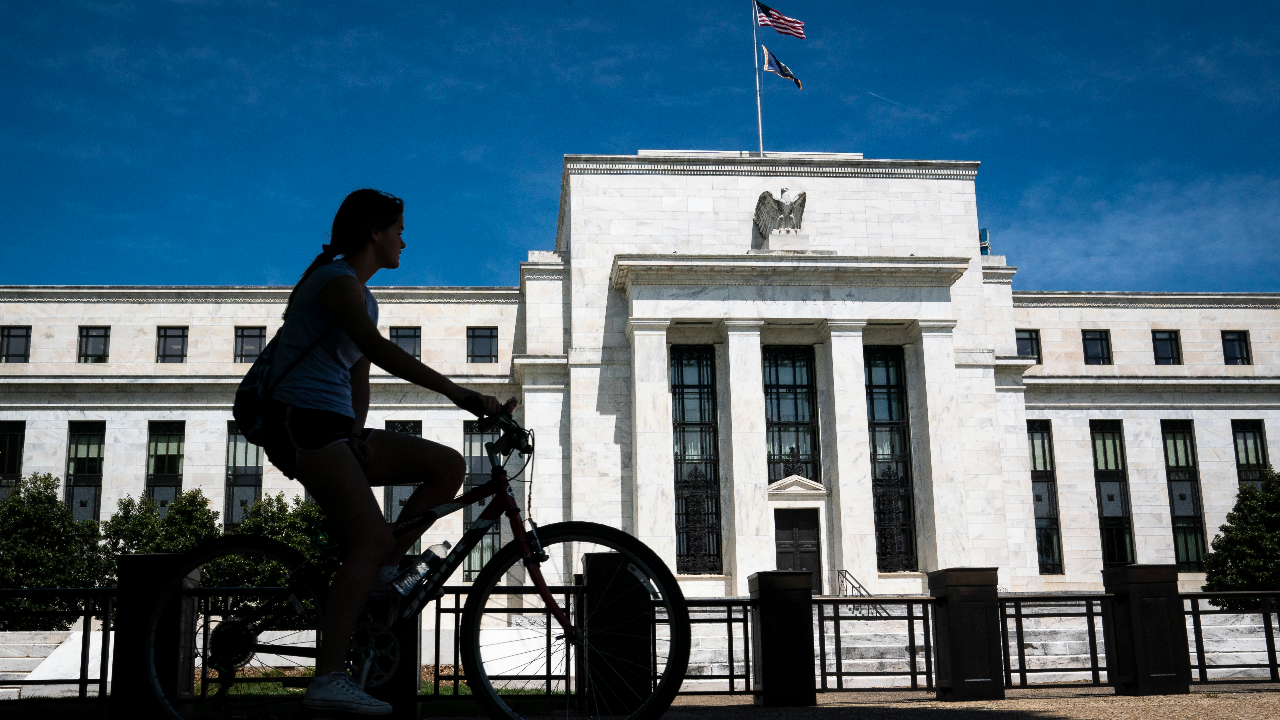 If the U.S. economy were a train, the Federal Reserve would be its conductor — and its benchmark interest rate would be the lever that grants the financial system more or less speed to keep smoothly chugging along the ups and downs of the business cycle.

But officials have a specific set of measures they look at to determine whether it’s right to raise or lower borrowing costs, which influences how much you’re paid to stash away your money in a savings account or a certificate of deposit (CD), as well as how much interest you pay on a credit card or home equity line of credit (HELOC).

It’s all about the Fed’s “dual mandate.” Here’s everything you need to know about what the Fed watches and why it matters.

What is the Federal Reserve’s dual mandate?

The Federal Reserve’s dual mandate is “stable prices” and “maximum employment,” referring to inflation and unemployment. It sounds complicated but means ensuring that the prices you pay for goods and services remain relatively stable over time and that everyone who wants a job in the U.S. economy can find one.

The dual mandate represents the two economic objectives empowering the Federal Reserve’s every move. In other words, the Fed uses the federal funds rate rate to steer the economy toward its dual mandate, while also looking at it as an indication of whether it’s time to attempt to prop up the economy with a rate cut or slow it down with a rate hike.

But there are two important points: Maximum employment doesn’t mean zero unemployment, and stable prices does not mean zero inflation. Unemployment always exists, albeit at sometimes healthier levels than others, given natural churn in the labor market. New entrants are popping back into the labor force, while others face seasonal spells of joblessness or “structural” challenges. It’s why you might often hear “maximum employment” used interchangeably with the term “full employment.”

“The Fed wants the unemployment rate to be consistent with what the economy’s potential is, and that’s not zero,” says Eric Sims, economics professor at the University of Notre Dame.

A little bit of inflation, meanwhile, is healthy, reflecting an economy that’s expanding at a solid pace but not overheating. But too much inflation can be disastrous, while too little can cause a deflationary trap.

When did the dual mandate come about?

Congress established the current iteration of the U.S. central bank in the early 1910s in response to a banking panic just a few years earlier. But at the time of the Federal Reserve Act of 1913, most of the Fed’s duties were about being a “lender of last resort,” which the Fed still maintains today.

It wasn’t until the 1970s rolled along that the Fed was given its current dual mandate, through the Humphrey-Hawkins Act of 1978. It was the byproduct of a devastating period of stagflation, which then-Fed Chair Paul Volcker sought to quell a few years earlier by raising interest rates to as high as 20 percent, its highest ever.

Before that, Congress was the one in charge of creating policies that granted “useful employment” for those able and willing to seek work and provided “maximum” purchasing power, according to the St. Louis Fed’s Federal Reserve History archive. But in a mid-1970s hearing, Sen. Hubert Humphrey remarked that the objectives were conveniently ignored “from time to time.”

Who decided on the Fed’s dual mandate?

That might come as a surprise to some consumers, given the Fed stresses its interest rate decisions are made free from political influence and independently from the government. But while that is true, it doesn’t mean the Fed is independent of government.

When the Humphrey-Hawkins Act was initially passed, maximum employment was defined as a jobless rate below 3 percent for people 20 years or older. The level at which prices are stable was generally regarded as an inflation rate of 3 percent or less. Today, however, the Fed’s ideas about both of those thresholds have changed over time, amid ongoing research and changes in the labor market.

The Fed specifically adopted a 2 percent inflation target in 2012 following the global financial crisis, basing it on year-over-year changes in the personal consumption expenditures (PCE) price index, rather than the consumer price index (CPI), though it keeps both measures in mind.

That 2 percent rate is often called the goldilocks rate, the not-too-hot, not-too-cold point at which price pressures don’t cause consumer purchasing power to diminish yet don’t prompt a deflationary spiral either.

Why does the Fed care about unemployment and inflation?

Both inflation and unemployment have massive implications for your wallet. When unemployment is low, it means it will likely be easier for you to find a job. And if inflation is too high, the dollars in your wallet won’t go as far as they once did, diminishing your purchasing power.

Yet, other corners of the economy still matter to Fed officials. U.S. central bankers keep a close eye on pretty much every economic measure out there, from manufacturing and real estate, to financial market stability and consumer spending. But economists could argue that inflation and employment are the overarching economic figures that influence virtually every other aspect of the financial system.

“Things like household income, different subcategories of spending, employment in particular sectors or behaviors of asset markets or financial markets — these are encapsulated in those high-level statistics that are easily communicable,” Sims says. “Having your targets be headline numbers that are relatively easy for rank-and-file workers to understand is important because it’s important for policy to be communicable.”

Theory also suggests that both unemployment and inflation go hand in hand. If unemployment is low, employers might have trouble finding enough qualified workers to fill open positions. They then might start to boost wages to recruit more workers and retain their employees. Those outcomes could then boost price pressures, causing inflation to rise.

But when unemployment is high, wages tend to fall and the labor market comes to a near-grinding halt. That causes consumer spending to plummet, which all leads to low inflation. This essentially makes up the economic model known as “the Phillips curve.”

Research also suggests that the Fed’s benchmark interest rate has a direct correlation to inflation in the broader economy. It thus makes sense for officials to want to target an economic outcome it can directly influence, leaving the other, more specific measures up for fiscal policy.

How does the Fed juggle both goals?

But sometimes, the economy isn’t always black and white. When unemployment is low, it doesn’t necessarily mean inflation is high. The Fed made a dramatic policy reversal in 2019, planning to hike rates at least two more times, but ultimately scrapped those goals by cutting interest rates at three straight meetings. At the heart of that shift was a changing perspective on unemployment and how it can fall much further without triggering a buildup in prices given leftover slack in the labor market.

That shift also highlighted changing views on inflation, which some experts suggest might lead the Fed to scrap its inflation target altogether and instead look for a range. Price pressures failed to materialize on a sustained basis during the previous expansion, holding below the Fed’s 2 percent objective for much of the previous expansion.

“There’s been a lot of ink spilled in academia about the breakdown between this relationship,” Sims says. “The basic Phillips curve suggests there’s a relationship between these two aspects of the mandate, but there might be a tension to the two aspects: If you want to get inflation really low, you have to sacrifice high unemployment, and vice versa.”

All of this highlights the tightrope that Fed officials have to walk on a day-by-day basis, with some choosing to focus more on the price pressures side of the mandate and others more concerned about the unemployment side.

Everyone cares about how much they can buy with the dollars in their wallet. And you arguably wouldn’t have that money if you didn’t produce a good or service for pay. All of this shows just how important an economy with stable prices and maximum employment is.

It also comes with broader implications for the economy, which can affect your wallet even more. Raise interest rates too soon, and the Fed risks slowing the economy down more than needed, leaving more people out of work for longer. But keeping interest rates too low for too long could risk creating an asset bubble that leads to imbalances in the financial system, causing a crash or the economy to overheat.

“During recessions, you are worried about the employment side, and during expansions, you’re worried about the price stability part of the mandate,” Sims says. “Without signs of burgeoning price pressures, they’re going to keep interest rates low and continue engaging in large-scale asset purchases.”

Featured image by Jabin Botsford of The Washington Post via Getty Images.