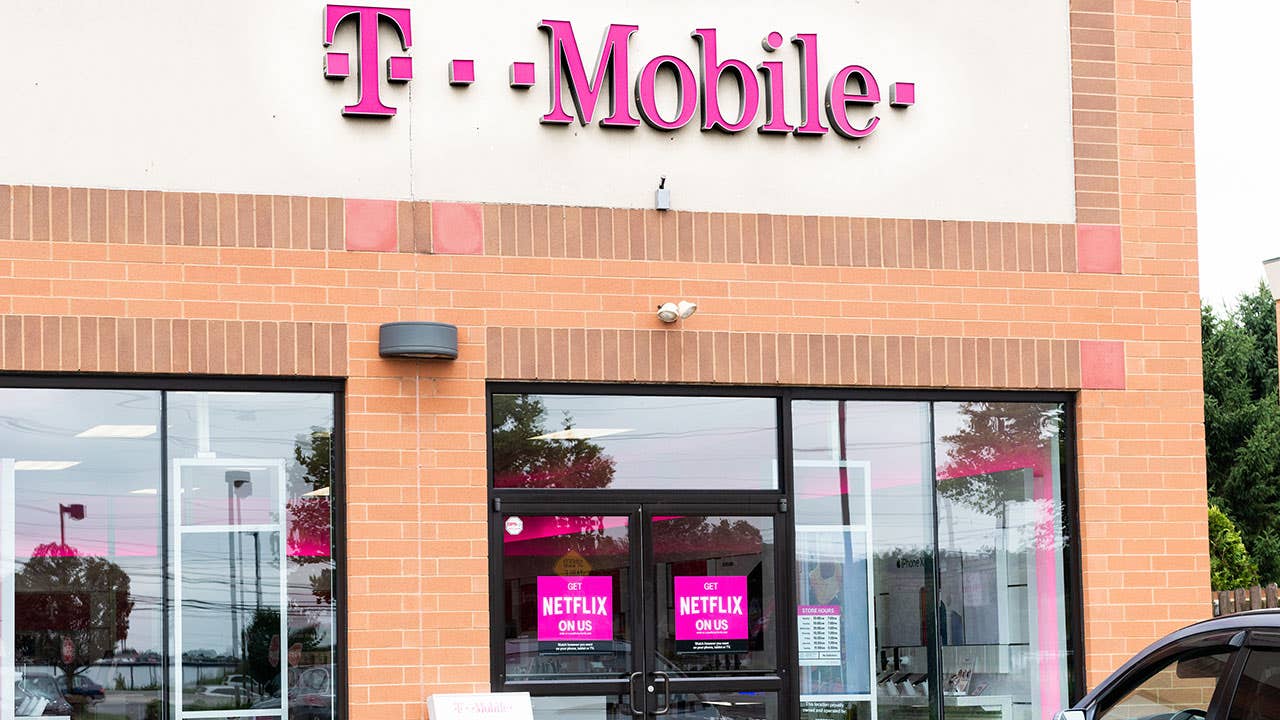 On Thursday, the mobile carrier rolled out T-Mobile Money across the country after piloting the mobile checking account for about five months. The account offers a whopping 4 percent annual percentage yield (APY), but only on balances up to $3,000. Funds above that threshold will earn 1 percent APY. The account also carries no fees.

T-Mobile partnered with digital bank BankMobile, a division of Customers Bank, to offer the account. The account’s perks put T-Mobile’s new venture on the map to compete with big competitors in the fintech space.

T-Mobile Money is available to everyone, including people who aren’t T-Mobile customers. Opening an account is free, and there are no minimum balance requirements, account fees, maintenance fees or overdraft fees.

On balances up to $3,000, T-Mobile Money offers a 4 percent APY, as long as customers deposit at least $200 per month into the account. Balances that exceed $3,000 will be bumped down to 1 percent APY. Currently, there are other checking accounts available offering up to 2 percent yields on accounts with much bigger balances.

The service is FDIC-insured up to $250,000 and offers customers a Mastercard debit card; it’s also compatible with Apple Pay, Samsung Pay and Google Pay. Customers who need to deposit paper checks can do so directly through an app on their smartphone.

Additional services include the “Got Your Back” feature, which protects overdrafts up to $50 for free. Customers have to pay back the money within 30 days. ATM withdrawals are free within Allpoint’s 55,000 plus ATM network; out-of-network fees will not be reimbursed.

Whether or not it’s enough to get you to move banks remains to be seen.

Greg McBride, CFA, Bankrate chief financial analyst, already sees some limits. While the 4 percent APY sounds catchy, McBride points out that it only applies to up to $3,000.

“Even keeping the full $3,000 in the account to max out the 4 percent yield pulls in $120 per year in interest,” McBride says. “That’s great if your nest egg is no more than $3,000, but won’t prompt a mass migration for consumers that have more money saved, as online savings accounts are currently paying as much as 2.5 percent and don’t have a balance cap on that return. Are you going to move your checking account, change your direct deposits and auto drafts for an incremental $45 per year? Not likely.”

Why big brands are getting in on fintech

T-Mobile sees the account as filling a gap in the market.

“Traditional banks aren’t mobile-first, and they’re definitely not customer-first. As more and more people use their smartphones to manage money, we saw an opportunity to address another customer pain point,” said John Legere, CEO of T-Mobile, in a press release announcing the nationwide rollout.

The announcement today comes five years after T-Mobile first ventured into the banking service with Mobile Money, a Visa card service that allowed consumers to pay bills and deposit cash at over 42,000 ATMs throughout the country. The program shuttered in 2016 after failing to gain traction among consumers.

Still, big brands getting into banking isn’t a new venture.

In March 2018, Amazon hinted at wanting to open its own version of branded checking accounts, as reported by The Wall Street Journal. The e-commerce giant was rumored to be pairing up with JPMorgan Chase & Co. to offer a service similar to T-Mobile Money but has yet to show progress on the initiative.

Even smaller brands, including MoneyLion and Acorns, have started offering money management services this year.

Daniel Latimore, CFA, senior vice president of banking for Celent, a research and consulting firm, previously explained to Bankrate the key reason brands are moving into the banking space: data.

“The prize at the end of the day is really going to be the data,” Latimore said. “Banks have all this explicit data that they have not yet exploited anywhere nearly as well as Google has. There is an immense opportunity there.”

With access to more data on customers, brands might be able to eventually use the information to recommend additional products based on spending patterns, Latimore said.

And while some financial startups claim to be fixing frustrations among dissatisfied customers by offering low fees and better digital experiences, some critics are still skeptical of their intentions.

Regardless of which side of the debate you stand on, one thing’s for certain: T-Mobile Money is a step in the direction of big brands fighting to stay relevant.

“If you serve the consumer market, being a one-trick pony makes you ripe for disruption,” McBride says. “You either evolve and innovate, disrupting the marketplace in order to be further ingrained in the consumer’s daily life, or find yourself disrupted by those that do.”