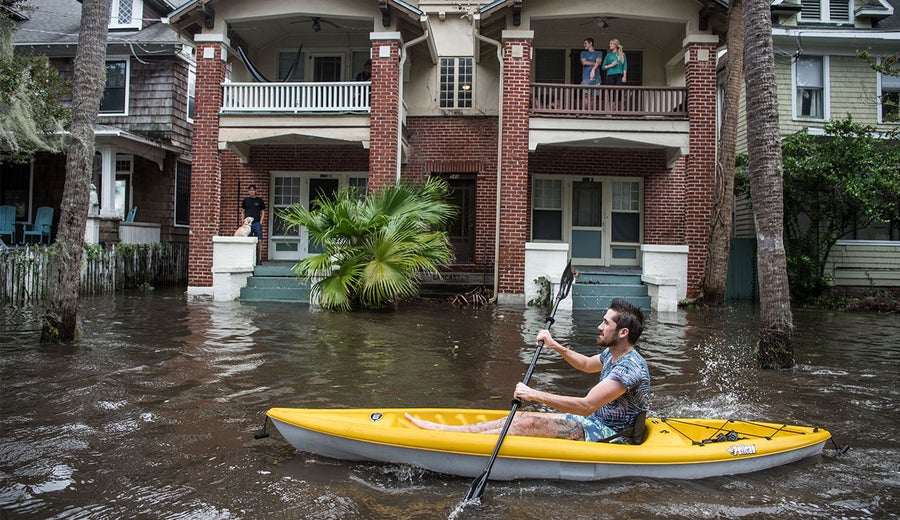 If you live in the path of Hurricane Irma, your bank may be willing to cut you some slack.

Much as they did for Houston residents affected by Hurricane Harvey, banks with a big Florida presence are waiving fees and offering breaks on loan payments in the wake of Irma.

The assistance is a bit more targeted than it was in Texas, though.

With Harvey, most big banks vaguely extended the benefits to those affected by the storm. In Irma’s case, several institutions have restricted benefits to those in disaster areas declared by the Federal Emergency Management Agency.

To check if your home is located in such an area, visit DisasterAssistance.gov and enter your street address. The government says your personal data won’t be stored, but if sharing information in the wake of the Equifax data breach makes you nervous, you can search for a disaster declaration by county only.

What your bank is doing

Bank of America, the bank with the largest Florida footprint, says consumer and small-business customers in the FEMA-designated areas may be eligible for financial assistance, but didn’t clarify what that assistance might cover. Rather, the bank says it will contact customers directly with details. It is also rolling out mobile branches and ATMs to affected areas.

Bank of America also will waive fees on out-of-network ATMs.

Wells Fargo will offer “payment relief” for the next 90 days on credit cards, student loans, auto loans, mortgages, home equity and retail small-business loans and lines of credit for those in FEMA-declared areas. The bank says it won’t report missed payments to the credit bureaus. Those who are not in the FEMA-designated areas may receive similar assistance by reaching out to the bank.

Wells Fargo also will waive and refund fees in those areas, including late fees and fees for using out-of-network ATMs.

SunTrust will refund or waive late fees on loans, including mortgages, home equity lines, personal credit cards and small business loans through Dec. 15. The bank will not report late payments to the credit bureaus during that time. For depositors in the FEMA zones, the bank also will waive overdraft fees through Sept. 18 if customers request it.

SunTrust will refund out-of-network ATM fees between Sept. 9 and Sept. 18.

Citi and Regions Bank are taking similar steps as their counterparts with waiving fees on ATMs and late payment. They also will waive early withdrawal penalties. Given that early CD withdrawals can sometimes eat away at your principal, a one-time pass is particularly advantageous if you need to free up your money to repair your home.

To find out if your bank or credit union will waive fees or make other accommodations, call the customer service number on the back of your debit card or visit the institution’s website or social media pages.

Several banks also have set up dedicated lines for those affected by the hurricane, including:

If you’re in an area impacted by Irma, look to technology to help make banking a bit easier. As long as you have battery power and data access, you can use smartphone banking apps to accomplish some of your financial tasks, like: