Suppose you’re in a bank branch when it gets robbed. Should you hit the ground and stay quiet? Confront the robbers? Try to take a photo or summon help?

While every situation is different and no one knows in advance how they’ll react, the best advice for bank customers is to not do anything that might put themselves or others at greater risk of harm, says Doug Johnson, vice president of risk management policy at the American Bankers Association, a trade organization in Washington, D.C.

“It’s important for individuals not to try to be heroes, not to panic, and to do anything the robber tells them to do, which is reasonable,” Johnson says. “Certainly, they should not try to take pictures or try to be part of the solution to the crime. You do not want to draw attention to yourself in any way, shape or form.”

If you happen to be moving through the exit, you might be able to continue out, but making any sudden movements would not be advisable. Nor would doing anything other than exactly what the robber tells you to do, Johnson says. Here are a few things to know to survive a bank robbery.

How do bank robberies work? 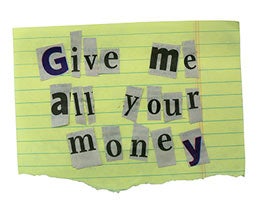 The majority of bank robberies are what Johnson calls “note jobs” in which a lone robber hands a note to a teller.

“The objective of the criminal is to pass the note, get the money and get out as fast as they can,” he says. “In those cases, there is less (likelihood) that customers even know the robbery has occurred until the robber is leaving or has left.”

The other type of bank robbery is the takedown, or takeover, in which two or more robbers burst into the bank, often wearing masks, showing weapons and ordering customers to lie on the floor, says Mark Bennett, president of MSB Security Consulting in Austin, Texas.

Note-passers tend to be unarmed and unobtrusive, but a takedown obviously can be “a real scary situation,” Bennett says.

Either way, Johnson’s advice applies. No heroics and don’t draw attention to yourself. If you’re looking for a car loan, you don’t have to go into a bank. You can use an online tool, such as the one found on Bankrate.com.

When do bank heists happen? 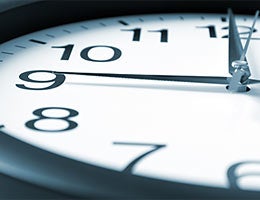 The FBI counted 5,014 bank robberies of federally insured deposit institutions in 2011, the most recent year for which data has been released. Robberies occurred during all normal business hours, though they were somewhat more likely to occur on Fridays or between 9 a.m. and 11 a.m. any weekday, according to the FBI statistics.

A total of 201 robberies involved the discharge of firearms, explosives or physical assault. In those robberies, 88 people were injured, 13 died and 30 were taken hostage. Most of those hurt or held were bank employees. All of those killed were perpetrators, law enforcement officers or, in one case, a security guard.

What shouldn’t you do in a bank robbery? 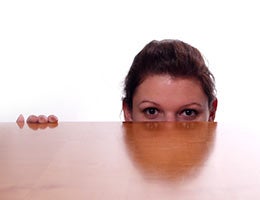 Safety is the No. 1 reason why customers shouldn’t try to intervene, says Rosemary Erickson, a bank security consultant and president of Athena Research Corp. in Coral Gables, Fla.

“You want to cooperate with everything the robber says because the robbers are very nervous, too. Adrenaline is high and anything can set them off,” Erickson says. “Just cooperate and get it over with as quickly as possible and no one will get hurt.”

That advice applies even if the robber demands your wallet, purse, cash or cellphone. None of your possessions are worth the risk of arguing, Erickson says.

Another tip is don’t stare at the robbers or deliberately try to observe their physical appearance.

“If someone is staring at them, they know why they are staring and that’s when people get shot,” Erickson says. “Sure, the police would like to have identification, but don’t risk your life to get it.” 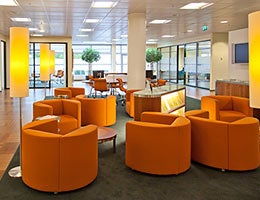 Institutions have become more adept at discouraging bank robberies, MSB Security’s Johnson says. For example, he cites the use of greeters, who aren’t just Wal-Mart-style friendly faces at the door. They also act as a deterrent to note passers, who don’t want to be noticed by anyone other than the teller to whom they intend to hand their demand.

Still, Erickson says customers should limit the time they spend in a bank and avoid branches that have a community gathering place, lobby or free coffee area, which she says is “a nightmare” for security.

“That’s where the potential robber can sit and wait for the circumstances that he wants,” she says. “That is completely contrary to our security approach, which is that we really want customers in and out quickly.”