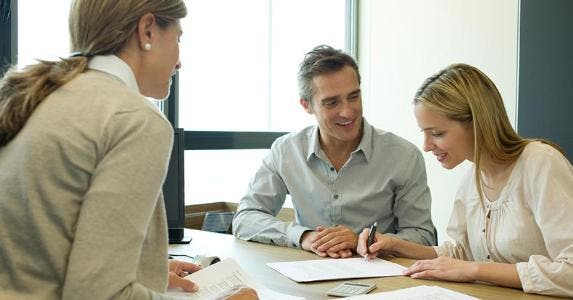 In a world where most paychecks are direct deposited overnight and you can pay back a friend for the dinner check instantly with an app, bank branches can seem like the financial equivalent of a neighborhood Blockbuster Video.

Banks have responded to declining foot traffic by trimming their branch networks. An analysis of Federal Deposit Insurance Corp. data shows a 6.3% reduction in bank branches between 2009 and 2015.

But don’t consign the branch to obsolescence quite yet. A recent Bankrate poll showed that 45% of Americans had visited a bank branch within a month of our survey. That’s because, despite all the advances in bank technology, there are some tasks that bank customers still prefer to do in a branch. Here are the biggest.

Most of the time, checking and savings accounts operate silently in the background, routing direct deposits and funding debit card purchases without a hitch. But every once in a while, account holders face a panic-inducing problem such as a blown ATM deposit or a clerical error that leaves them wanting to speak to a human, says Sam Maule, emerging payments practice lead at Carlisle & Gallagher Consulting Group.

“There comes a point in time, especially with bigger issues, when you want to be face to face; you want that assurance,” Maule says.

That comes despite the fact that banks have ramped up their capabilities when it comes to resolving issues remotely, particularly through social media channels like Twitter.

“We have all of that digital footprint, yet we still crave the social interaction,” Maule says.

Many banks offer the ability to open bank accounts online, and some even allow users to do so on mobile. Even so, just 23% of new checking accounts are opened online, according to a November 2015 report by Aite Group, a financial industry research and consulting firm.

Why? It turns out trying to open an account online can be really frustrating, says David Albertazzi, senior analyst of retail banking and payments at Aite.

“The promise of self-service account-opening has yet to be realized,” Albertazzi says.

Not all banks offer online or mobile account-opening. For those institutions that do, consumers cite a wide variety of reasons why they still prefer to open an account in person: concerns over security and ease of use, lack of awareness of an online or mobile option, and a desire to meet the people they’re entrusting their money to face to face.

Some consumers start the application process online only to abandon it and head into a branch, Albertazzi says.

Customers open 28.3 million checking accounts in person annually, compared with 7.2 million accounts on a bank or credit union’s website, and just under 2 million on smartphones and tablets combined, according to Aite’s most recent research.

Fewer Americans are coming in to bank branches to handle routine tasks such as depositing their paycheck or making a withdrawal. But many still want to speak face to face when making a major transaction such as taking out a mortgage or investing for retirement.

One difference: Today’s customers are likely to be doing a lot of research ahead of time to make sure they get the best product before ever setting foot in a branch.

A potential model for the branches of the future, Maule says: the Apple Genius bar, where knowledgeable and friendly reps can do everything from giving potential customers the information they need to choose the right product to resolving big issues for current customers.