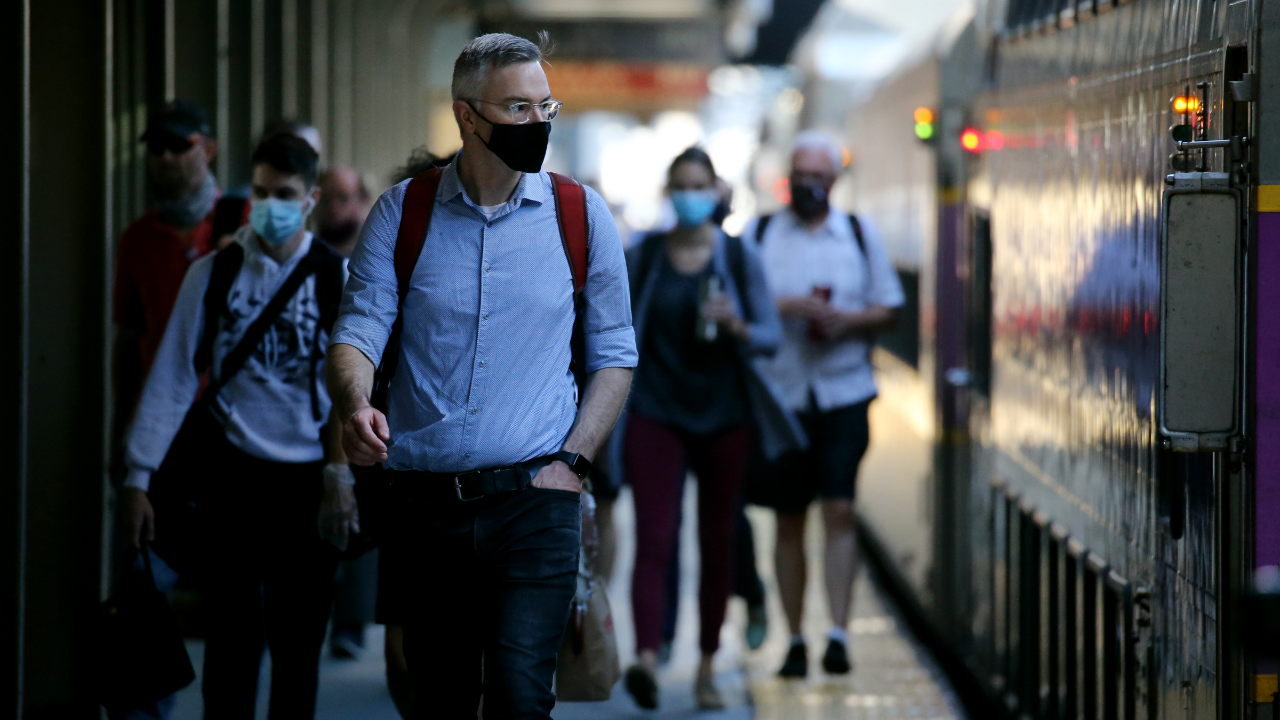 The coronavirus pandemic instantly knocked millions of Americans into hardship — but the recovery is shaping up to be months, if not years, in the making.

A new Bankrate survey finds that half of U.S. households’ incomes took a hit when the novel virus outbreak first catapulted the U.S. economy into the worst recession since the Great Depression. But even after a sharp initial rebound, nine months later more than 2 in 5 (or 42 percent) say their wallets still haven’t fully recovered. Meanwhile, just 1 in 6 (or 17 percent) report that their incomes have returned to normal.

Casting a dark shadow on that picture are soaring virus cases, renewed lockdowns and soon-to-expire federal relief programs in the midst of steep Congressional gridlock.

“Forty-two percent of households say their incomes are still below pre-pandemic levels, speaking to the widespread financial impact that remains,” says Greg McBride, CFA, Bankrate chief financial analyst. “Even as Americans are returning to work, many households are earning less than they were before COVID-19.”

The coronavirus pandemic caused tremendous financial hardship when it wreaked havoc on the job market, with nationwide restrictions forcing businesses to close and lay off workers en masse — putting as many as 1 in 4 Americans on unemployment benefits at the worst of the crisis.

Bankrate’s survey reflected the job market’s upheaval. Of the half of U.S. households who experienced an income disruption, more than 1 in 5 (or 21 percent) say their wallet took a hit because either they or someone in their household was laid off or furloughed, the most likely of the reasons for experiencing disruptions.

Other causes include having hours cut (19 percent), being unable to operate business as usual (16 percent) or taking a pay cut (10 percent). A marginal 5 percent preferred not to say whether their finances were negatively impacted, while 12 percent said the cause was something else.

Less than half (45 percent) of households report that they didn’t experience an income disruption because of the pandemic.

These findings compare with a similar iteration of Bankrate’s survey, which found in June that 49 percent of U.S. households had experienced an income disruption, with the most likely culprit being a layoff or furlough (20 percent) or a reduction in hours (19 percent).

The likelihood of experiencing an income disruption varied little among male and female respondents, regions and income groups, according to Bankrate’s poll, suggesting that the financial pain has been widespread. When it comes to age and race, however, that pain has been tougher on some.

The U.S. economy has charted a dramatic reversal from its initial downfall. Joblessness has shrunk by more than half, and U.S. employers have brought back roughly 56 percent of the 22.2 million positions lost between February and April.

But Americans aren’t feeling it hit their wallets just yet. Just 17 percent of U.S. households say their incomes have returned to normal, and very few expect their financial situation to rebound anytime soon.

More than half (or 51 percent) expect a full recovery to take six months or longer, Bankrate’s poll found. That’s up significantly from the 37 percent of Americans who expected needing that time frame in Bankrate’s July survey. Another 6 percent think their income will never recover.

Of those responses, 20 percent say they think their wallet will need between six to 12 months to recover, while 31 percent say it will take one year or longer, the largest cluster.

At the same time, 14 percent expect needing between three and six months, while 8 percent foresee a recovery taking between one month and up to three months. Just 4 percent say their wallet will need less than one month to fully rebound.

But at the heart of that picture is a growing disparity, with upper-income Americans more than twice as likely than low-wage earners to have already recovered.

Whites are also twice as likely as Black and Hispanic workers to have made a full recovery (at 21 percent versus 11 and 13 percent, respectively). That’s in line with similar job market disparities. While unemployment soared across all demographics at the start of the pandemic in March, white joblessness has since fallen at a much faster pace than Hispanic and Black unemployment.

Majority of Americans are worried about their household’s income taking a hit, regardless of whether they felt an impact at the start of the pandemic in March

Underscoring those financial expectations, many Americans are highlighting concerns about the months ahead. An overwhelming majority of all U.S. households (85 percent) say they fear that their income will be negatively impacted by the pandemic — regardless of whether they reported an income disruption.

A staggering 95 percent of households that have already suffered an income drop during the pandemic are worried about taking another hit in the coming months, including 2 in 5 (or 40 percent) who say they’re very worried. Just 5 percent say they’re not at all worried.

At the same time, three-fourths (or 75 percent) of U.S. households that did not experience any negative impact to their income to date are worried about facing one in the coming months, up from 62 percent in June.

That doesn’t bode well for consumption, the powerhouse of the U.S. economy, with Americans saving at a higher rate than before the pandemic. At the same time, it also shows just how heavily consumers are influenced by the outbreak, with many of those fears likely tied to the resurgence in cases and a lack of new federal relief. Experts say consumer apprehension is what ignited the initial downturn, with the pullback in spending happening long before any states had imposed restrictions.

“The vast majority of Americans, 85 percent, are worried about a hit to their household income in the coming months due to the pandemic,” McBride said. “This widespread worry and hesitancy to spend will weigh on the pace of economic recovery.”

What to do with your finances in the months ahead

Americans’ fears aren’t that far behind from economists’ worries. Some worry about the prospects of a double-dip downturn, with lockdowns and rising cases tipping the financial system over again. Even with some bright spots surrounding vaccine development, Federal Reserve Chairman Jerome Powell said during a recent December congressional testimony that the economic recovery is still “extraordinarily uncertain.”

All of that means Americans aren’t in the wrong if they want to put a firewall around their finances in the coming months. Consider taking these steps:

Bankrate.com commissioned YouGov Plc to conduct the survey. All figures, unless otherwise stated, are from YouGov Plc. Total sample size was 2,750 adults. Fieldwork was undertaken on November 11-13, 2020. The survey was carried out online and meets rigorous quality standards. It employed a non-probability-based sample using both quotas upfront during collection and then a weighting scheme on the back end designed and proven to provide nationally representative results.